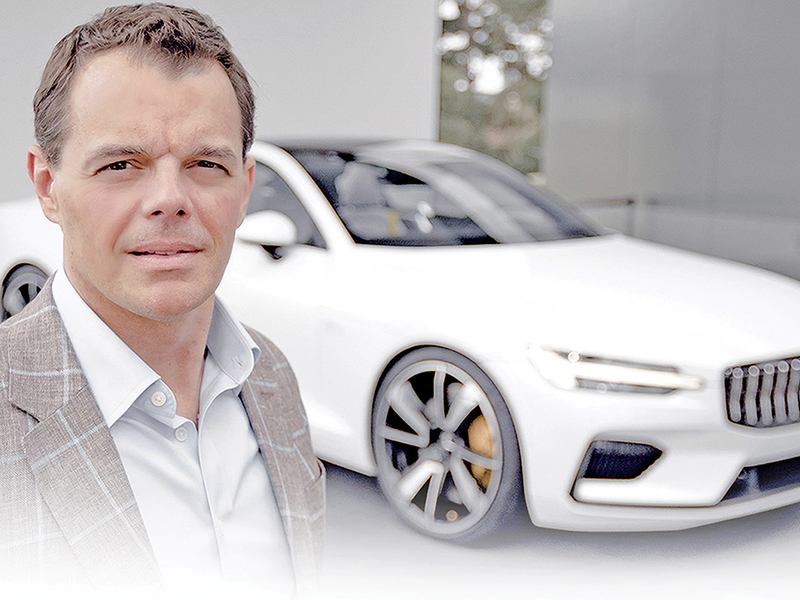 As new electric vehicle brands enter the U.S., finding buyers is only part of the challenge.

First, they need a retail network, and a battle between 10 Illinois Volvo dealerships and Volvo-affiliated EV upstart Polestar shows the challenges that can arise in the process of setting one up.

The dealerships are fighting Polestar’s plans to work only with select Volvo stores, in a case that a number of state dealer associations are following closely. For years, the stores have sold Polestar-badged Volvos, such as the plug-in hybrid version of the S60 sedan, and dealers say prohibiting them from selling Polestar’s upcoming vehicle line would violate Illinois’ Motor Vehicle Franchise Act.

The group’s lead counsel, Chicago lawyer Ira Levin, says Volvo’s plan echoes the recent spinoff of Genesis into a separate luxury brand by Hyundai, which initially tried to award only a certain number of franchises before some states and dealers pushed it to change course.

“The fact that they now want to do something that is similar to Genesis and just start their own franchise is problematic because it’s taking something away from the dealers that they already had the right to sell,” Levin told Automotive News. “It was under the Volvo umbrella.”

The Volvo dealerships Levin represents filed a protest in August with the Illinois Motor Vehicle Review Board against Volvo Car USA and Polestar Automotive USA. They are seeking to have the companies’ actions deemed unlawful and to be compensated for their legal fees.

Volvo and Polestar last month filed motions to dismiss the protest. Volvo, in filings, said it notified the dealerships more than a year ago that it wouldn’t supply new Polestar-branded vehicles under their Volvo retailer agreements.

Volvo declined to elaborate, deferring to its filing. In it, Volvo said its franchise agreements with the dealerships extend only to Volvo-branded products, arguing there is “clear separation and differences between the two brands,” with Polestar vehicles distributed only by Polestar Automotive. Polestar, of Sweden, is jointly owned by Volvo Car Group and Volvo’s Chinese parent, Geely.

Polestar, in its motion to dismiss, argued that the review board doesn’t have jurisdiction because Polestar Automotive doesn’t do business in Illinois, has no dealers in the state and hasn’t sold any vehicles there.

Both Volvo and Polestar said the protest fails to state a claim for which the board could grant any relief.

“Polestar Automotive USA is a separate franchise which is not in the Illinois market, and Polestar has no current plans to enter the Illinois market,” a Polestar spokesman said in a statement. “For this and other reasons, Polestar believes that the protest is without merit and should be dismissed.”

Gregor Hembrough, head of Polestar USA, said in an affidavit that Polestar has accepted refundable reservations from seven Illinois residents, but final transactions have to be handled by a Polestar retailer.

Polestar would join a small number of brands to launch through U.S. dealers in the past decade, such as Genesis, Ram, Fiat and Alfa Romeo. More brands, such as China’s Zotye, have aspirations of entering the market in the near future.

Polestar told Automotive News this year that it intends to sell the Polestar 1 and Polestar 2 from retail “spaces,” such as downtown districts or shopping malls. It plans to select Polestar’s franchisees from Volvo’s retail network.

The first U.S. allotment of the Polestar 1, a plug-in hybrid coupe slated to arrive in the first quarter of 2020, is already sold out.

The Polestar 2, an all-electric fastback expected to deliver 408 hp, with a battery range of up to 275 miles, is to follow next summer. Polestar plans to launch an electric utility vehicle in 2022.

In February, Polestar said it was in discussions with eight Volvo dealers to launch its North American retail network and that, by the end of 2020, it wanted to have spaces in five West Coast U.S. cities and three Canadian ones. In 2021, Polestar expects to have up to 15 stores across several major U.S. metro areas.

Those initial U.S. cities are Seattle, Los Angeles, San Diego, San Francisco and another in the Bay Area. Polestar has said the Polestar 2 would be available first in California and Washington.

In October, Polestar named its first retail partner in North America: Groupe Park Avenue in Montreal, with its space expected to open in 2020. Polestar said it also plans to have dealer partners and spaces in Toronto and Vancouver, British Columbia.

The protesting dealerships met with Volvo and Polestar for a mandatory settlement conference, Levin said, but there was no resolution. The case is moving to discovery, and if there is a hearing, a hearing officer will listen to evidence from both sides and propose a resolution, Levin said. That proposal would then be presented to the review board for a final decision, he said.

“Dealers depend on product offerings, including electric vehicles, that will help market the brand,” Levin said. “They simply want the opportunity to have Polestar as one of the things they can offer and attract people to the business.”

Levin said other states will want all of their Volvo dealerships to have a chance to sell Polestar vehicles as well. “They just want to be treated fairly,” Levin said.

When Hyundai decided to make Genesis its own brand, it approached select Hyundai dealers about selling the luxury line, initially aiming for just 100 outlets. But many Hyundai dealers wanted to continue to sell Genesis vehicles, and the automaker in April 2018 ultimately offered all Hyundai dealers that opportunity if they agreed to open standalone stores by January 2021.

More than half of Hyundai dealerships opted not to do so and accepted a settlement payment to release them from the Genesis network.

The state dealer associations of Nevada, California and Florida said they are keeping an eye on the Volvo-Polestar case in Illinois.
California New Car Dealers Association President Brian Maas said he’s awaiting a report, expected in mid-February, from a state Department of Motor Vehicles investigation into Care by Volvo, the automaker’s new-vehicle subscription program.

In August, the California New Motor Vehicle Board directed the DMV to investigate Care by Volvo and four claims that the program violates provisions of the state vehicle code. The California dealers group submitted a petition about its concerns with the subscription program to the motor vehicle board in January.

Maas said the conclusions of the investigation could influence any steps the association may take with Polestar.
“I suspect if the results come favorably from a dealer standpoint from NMV and DMV, we may end up pushing back,” he said.
Andy MacKay, executive director of the Nevada Franchised Auto Dealers Association, said he has advised Volvo dealers in the state to let the association know if they encounter any issues with Polestar.

Ted Smith, president of the Florida Automobile Dealers Association, said his group would take action on behalf of its members if there were a concerted action by Volvo to separate the Polestar brand. Smith said the association could ask the Florida Department of Highway Safety and Motor Vehicles to weigh in on such a move.
“Currently, Volvo dealers have vehicles labeled as Polestar. That makes it a Volvo. I think that that’s a case-closed vehicle,” Smith said. “However, I haven’t seen any effort from them to try to make it into a separate franchise. If that occurs, we’ll follow the same path that we did with Hyundai and Genesis.”

Lindsay VanHulle contributed to this report.