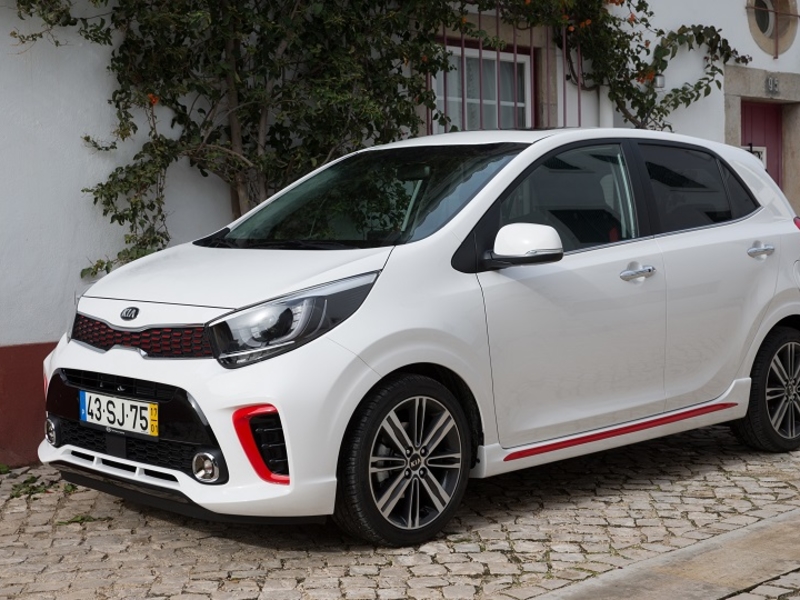 Kia has increased sales in Europe for 11 consecutive years and its sales are steady this year in a declining market with a 1 percent rise in the first nine months to boost market share to 3.2 percent from 3.1 percent. The main task for Emilio Herrera, who became Kia Europe’s COO in April 2018, is to continue the upward trend despite the huge challenge posed by the need to comply with the new European Union CO2 emissions limits. The Spanish executive is confident that Kia will avoid paying fines for missing EU CO2 targets. He says automakers will have no choice but to electrify their ranges, even in smaller segments. Herrera discussed Kia Europe’s electrification strategy with Automotive News Europe Correspondent Andrea Malan.

That is a very bold statement. One of our biggest challenges is to make EVs profitable, and the smaller the car, the more complicated that is. Therefore, a 10,000-euro EV is very challenging and not very realistic. We know how difficult it is because we are looking to produce an electric version of the Picanto minicar. There is nothing confirmed yet, but we’re really looking at it. But I don’t think that it could be less than 10,000 euros, unless you strip the vehicle down to the bare bones.

What’s the base price for your gasoline-powered Picanto?

How much would an electric version of the Picanto cost now?

Close to 20,000 euros. You have to add 8,000 to 9,000 euros to the gasoline price. So as long as there are fiscal incentives to support sales of EVs, it could be feasible. But I think those incentives will be gone in five years because there will be so many EVs on offer by then that the governments would not be able to support them.

Are you that bullish about the future of full-electric vehicles?

Yes, I’m optimistic. Why do we believe that the EV market will grow? The main reason is that we have no other choice. Why is Volkswagen suddenly heading in this direction now? Not because they like it but because they are forced. Volkswagen Group sells 4 million cars in Europe; they need to offset that with EVs to avoid paying the EU’s CO2 fines. Now, Volkswagen says when they start the mass production in December [of the ID3 battery-electric car] that they will be able to sell it for 30,000 euros ($33,000). I think it’s a bold statement. It’s a compact-segment vehicle; we’re not talking about a Smart. We at Kia today are not capable of launching an electric vehicle at 30,000 euros.

If governments are withdrawing incentives for EV purchases why build an electric Picanto?

How much is a well-equipped Picanto?

Is that close to what you could charge for an electric Picanto?

That would be a very reasonable price for an electric Picanto — 16,000 to 17,000 euros. But it’s not easy. Even that is a challenge. Now, if we think that the government’s support will still be there, then the price difference can be offset by the subsidies. But take a country like France, which is heavily pushing EVs. The government is giving 6,000 euros for an EV, plus another 2,500 if you scrap your vehicle. That’s a huge investment of public money. If the share of EVs gets to 20 percent, and you have to pay 6,000 euros for each one … is that sustainable? And besides, a lot of the income from governments in Europe also comes from taxes on gasoline and diesel fuel. If we reduce fuel consumption, maybe they tax electricity, so electric cars are going to become more expensive to charge.

Would having EVs on the same platforms as combustion cars give you more flexibility?

Does that mean the electric Picanto would be on a dedicated platform?

The only vehicle it could share its platform with is the Hyundai i10, if they also wanted to build an electric version. More generally, in the future we will have both dedicated EV platforms and flexible platforms for both combustion cars and EVs. One example is the Imagine concept we showed at the Geneva show this year. The plan is for this to become a mass-produced vehicle in one or two years and to have a dedicated electric platform.

Are plug-in hybrids a long-term solution in Europe?

With today’s range of nearly 60 km, people who consistently charge the battery at home can use it to commute to work every day using only the electric motor. Plug-in hybrid sales, however, have been very volatile. Demand really depends on the support given by the different governments. The best example is the UK. Once the government removed its support plug-in hybrid sales dropped 50 percent. People are not ready to buy them. Something similar happened in the Netherlands. Meanwhile Sweden in July 2018 started a scheme that was favorable to plug-in hybrids so sales skyrocketed. Fifty percent of our sales in Sweden are plug in hybrids. We have our highest market share ever in Sweden because of that. In the future the different technologies will coexist and manufacturers will have to find the right balance. One area where we are all challenged is by the limited supply of batteries.

Is it also true for plug-in hybrids?

It’s the same, only the battery is smaller. We have signed contracts with just two suppliers, LG Chem and SK Innovation. When we signed those contracts two or three years ago, nobody was expecting these sales figures.

How long are those contracts?

We are trying to renegotiate them, but it’s not easy because they are seeing demand from every manufacturer.

So the battery availability problem isn’t solved yet?

It’s improving. We have managed to secure more supply from local suppliers, but it was very difficult to increase the supply this year.

But the problem next year and in 2021 is that you will need the batteries in Europe. Otherwise, you will pay big fines for missing EU CO2 reduction targets, right?

Correct. This is exactly what I told our vice chairman [Euisun Chung]: Either we have the EVs, or we have to pay huge fines. I told him there are five possible scenarios. 1) You pay the fine, which is a no-go at a Korean company. 2) You reduce your volume significantly to offset the CO2. 3) Pool with Tesla. 4) Leave the European markets, which is what Infiniti did. 5) Make sure you have enough EVs so that they offset the CO2 from the combustion cars. That is what we will do.

How will that work?

We’re lucky to have the cars and more batteries starting next year so that the 40,000 EVs we plan to sell will help us offset the CO2 from the rest of the cars.

How will the market evolve in 2020 as the new CO2 limits take effect?
The number of cars offered in the market will decline. Therefore, there will be less price competition than we have this year. I have heard competitors say they will cut sales to rental cars. The same is true for self-registrations, which are also less profitable.

If there is limited demand for EVs won’t automakers be tempted to push them toward rental-car companies or big fleets by granting discounts?

If there’s no demand for EVs, you are absolutely right. But what I’m talking about is combustion vehicles. Demand will be still there, but the offer will be smaller because you cannot sell all the combustion vehicles you want next year unless you can offset their CO2.

How many EVs will you sell this year?

How many of those 35,000 full-electric and plug-in hybrids are sold to fleets?

It’s a very low percentage, lower than for combustion cars. Even when we sell to fleets, we don’t give them big discounts because there is more demand than supply from the many corporations that want to have green fleets. For example, [German software company] SAP asked us for EVs and we told then we could only deliver 100, which is less than they wanted, so I don’t have to give a discount.

How about next year?

How will you achieve such a significant increase?

We will have the XCeed and the Ceed Sportswagon, plus the Niro and the Optima. The number of hybrids will remain the same, as there will still only be the Niro.

Will you have more electrified models coming?

The car based on the Imagine concept will come in 2021. And, we will add a fuel cell vehicle at the end of next year or early 2021. We’ won’t sell a lot of them, as Hyundai is not selling a lot of Nexos, but it’s part of our electrification program. Next year we will also have a plug-in hybrid and a hybrid version of the renewed Sorento (midsize crossover). As far as mild hybrids are concerned, the entire Ceed range will get that powertrain. The Sportage compact SUV already has.

You now have three versions of the Niro. What’s the takeup for each one?

The hybrid is the best-seller while the plug-in hybrid is the least popular. With the battery-electric version, we sell whatever volume we get from Korea. The Niro EV is much more popular than the Soul EV that we also sell in Europe.

Why is the Niro more popular?

I think it is because of the design. The Soul’s boxy design can be polarizing, although it has sold very well in the U.S.

Is the decline in diesel demand tailing off?

Demand is improving in Germany. But overall in Europe it’s still declining, especially because of the southern European countries. Kia share is 19 percent versus a market average of 31 percent. The reason is because diesel is a fleet business, which is less relevant for us.