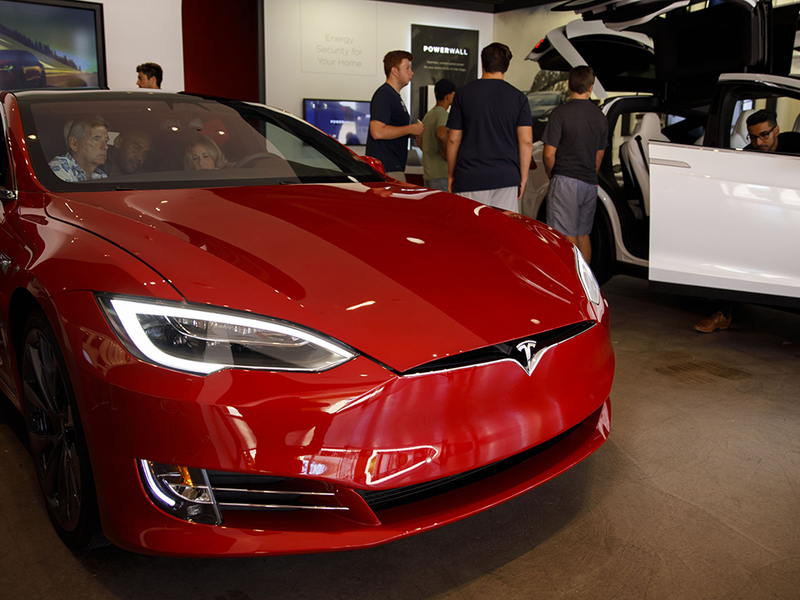 Among the biggest surprises of the past decade was the initial public offering of the Palo Alto company that outperformed every automaker from Detroit to Toyota City to Wolfsburg and is now the undisputed champion of total return, sales growth and long-term shareholder value.

That would be 10-year-old Tesla and its zero-emission, battery electric Model S, X and 3.

Co-founder Elon Musk may be the most-ridiculed and penalized CEO since the Securities and Exchange Commission made him pay a $20 million fine for misleading tweets last year. His antics obscure the essential reality that Tesla is gaining confidence among customers and investors because they hold the fossil-free future in their hands, and find it more thrilling and profitable than the latest iteration of hydrocarbon.

The Model 3 now outsells every vehicle from Germany or Japan in the U.S. entry luxury category, and Musk last month said his company had received more than 200,000 pre-orders three days after unveiling the Cybertruck.

Such assurance is the constant element driving Tesla to a record $413 a share this month, or a $73 billion valuation that is greater than all but Toyota ($230 billion) and Volkswagen ($98 billion) among 38 automakers across the globe. Tesla is worth 37 percent more than General Motors and is almost twice the value of Ford Motor Co. ($37 billion) because nothing gets stock pickers more excited than unprecedented growth. Since the first Model S was purchased in 2012, Tesla sales have increased 52 times while the rest of the industry has averaged 46 percent.

On Wall Street, most analysts remain unimpressed. Jim Chanos, a frequently cited short-seller, told Hedgeye Risk Management last month that his Kynikos Associates “are still bears” and that Tesla is “one of our biggest and our best short positions.” Greenlight Capital, the hedge fund led by David Einhorn, repeatedly insists Tesla’s “wheels are falling off.” Einhorn told Bloomberg News in May he will continue his short selling because the electric car company faces “a stream of unending losses.”

Tesla earned $1.86 a share in the third quarter, exceeding the most optimistic forecast and the consensus estimate for a 24-cent loss.

While Tesla bears get the most attention in media reports stock market bets against Tesla plummeted to the lowest percentage since the company’s IPO in 2010, according to data compiled by Bloomberg. People who sell Tesla using borrowed stocks in an arrangement that lets them buy the shares back at lower prices are becoming scarce.

Such Tesla short-selling as a percentage of shares traded is down to 9.2 percent. The ratio was almost 30 percent in June and higher than that for any company in the S&P 500 index a year ago.

During the past six months, Tesla appreciated 85 percent and would be the best performer in the S&P 500 if it was included. It’s also No. 1 among its 38 peers in the Bloomberg Intelligence Global Automobile Index.

Anyone who purchased Tesla when it went public in 2010 has a bonanza of 1,190 percent. The auto industry during the past 10 years appreciated 158 percent, according to data compiled by Bloomberg.

No automaker can match Tesla’s growth. After increasing 10 times since 2014, Tesla revenue will advance an additional 14 percent in 2019, 21 percent in 2020 and 18 percent in 2021, according to 27 analysts contributing their forecasts to Bloomberg. The average growth for the 10 largest automakers will be 1percent, 4 percent and 3 percent for the comparable periods. Yet more analysts recommend selling Tesla than buying its shares, and 481 companies in the S&P 500 have more favorable analyst recommendations than Tesla, according to data compiled by Bloomberg.

The declining favorable analyst consensus for Tesla since 2011, from 4.3 to 2.78, is similar to projections about another company 10 years after its IPO: Amazon, the sixth-highest rated company in the S&P 500 today. But at the beginning of 2007, Amazon’s consensus rating had declined to 2.5, almost half its current 4.86, according to data compiled by Bloomberg.

The comparison is appropriate, says Cathie Wood, CEO of Ark Investment Management, a Tesla shareholder. Musk faces the same skepticism about his ability to create value that buffeted Amazon CEO Jeff Bezos during Amazon’s first decade as a public company.

“The same thing was happening with Amazon for years,” she told CNBC in February. “We were considered crazy, and yet now it seems so obvious. I think the same is going to be true of Tesla.” Wood has a target price of $4,000 a share for Tesla.

Matthew A. Winkler is editor-in-chief emeritus of Bloomberg News.