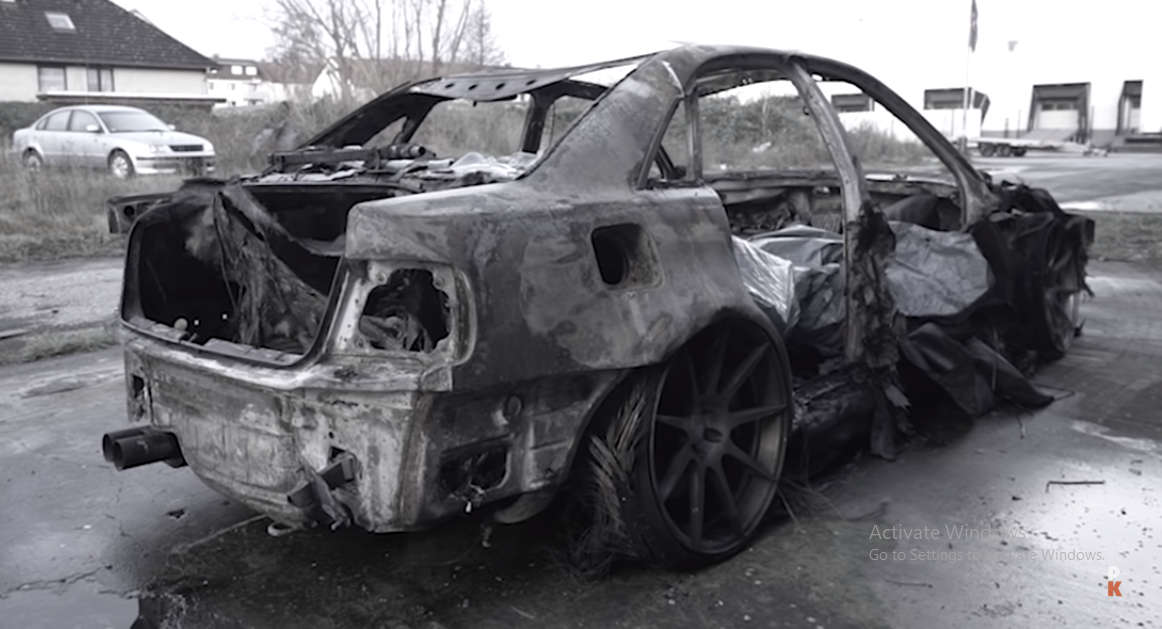 The Audi RS4 owned by YouTuber and social media personality Philipp Kaess was destroyed by fire earlier this month. While the name may not ring a bell on this side of the Atlantic, Kaess and his 1,300 hp ‘RS4 Limo’ are both famous in Germany, so much so, that Audi‘s official Facebook page posted the story about the wreck.

The German spent roughly 10 years building up his perfect RS4 and it generated a bit of a cult following over in Europe. In its final iteration, the sedan was pumping out in excess of 1300 HP and was frequently taken to drag racing events where it put much more expensive and exotic supercars on notice.

Heute reports that the RS4 unexpectedly caught fire while out on a normal journey and despite Kaess’s attempts to extinguish it, he was unable to save it.

In a video, Kaess appears visibly emotional discussing the car as it sits as nothing more than a burnt-out shell in a scrapyard. He claims to have spent roughly 5,000 hours building it and sunk a serious amount of money into the passion project.

Fortunately for Kaess, he has a dedicated and loyal fan base and shortly after news of the car’s demise hit the web, a crowdfunding campaign was launched that quickly generated more than 100,000 euros ($110,925) in donations to build a new Audi RS4.

It remains to be determined why the car caught fire in the first place, but Kaess believes it may have suffered an oil leak that was ignited once it reached the hot by the exhaust.