Say hello to the JCB Fastrac Two, or WFT, the world’s fastest tractor as certified by the Guinness World Records earlier this year.

This enabled it to demolish the previous 103.6 mph (166.7 km/h) record set by Guy Martin in another modified JCB Fastrac special in June. Before asking why and how, you should know that this is anything but an ordinary tractor. Apparently, the British construction and agricultural machinery specialist was not that pleased with the initial 103.6 mph record set by the JCB Fastrac so it built a more radical machine. After all, the world needed a 150 mph (241 km/h) tractor, right? 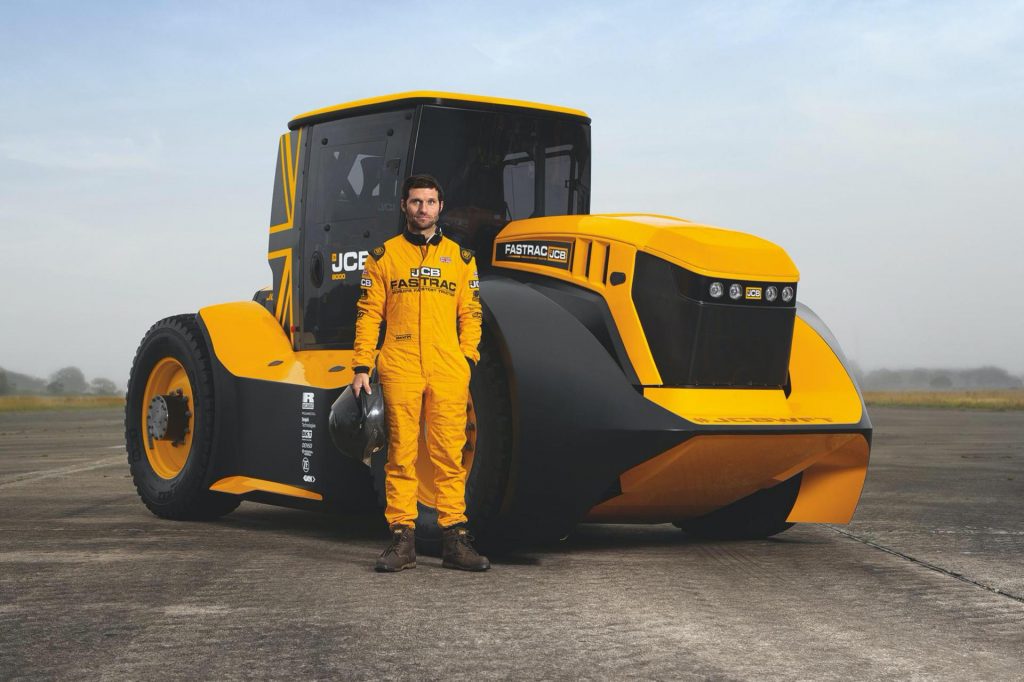 Thanks to Autocar, we can now learn more about this intriguing tractor which is the star of the UK media outlet’s Christmas Road Test. The video below includes a full walkaround and technical presentation, as well as a flat out drive.

As you can imagine, this is a technological tour de force that pushes the limits of tractor design into a direction this type of utilitarian vehicle was never meant to go. Unlike most tractors, the production JCB Fastrac that the record-breaking machine is loosely based upon features full suspension front and rear, ensuring better road manners than an ordinary tractor.

That’s pretty much where the similarities end because the world’s fastest tractor is from a very different breed than the production model. For starters, it packs 1,016 horsepower (1,030 PS) at 3,150 rpm and over 2,500 Nm (1,844 Nm) of torque from a highly-modified JCB Dieselmax 7.2-liter six-cylinder turbo diesel engine.

Factor in the lowered body, Williams Advanced Engineering aerodynamic kit and countless other modifications, including a ZF six-speed H-pattern manual truck gearbox, and you can begin to understand how on earth the JCB Fastrac Two tractor was able to exceed 150 mph.