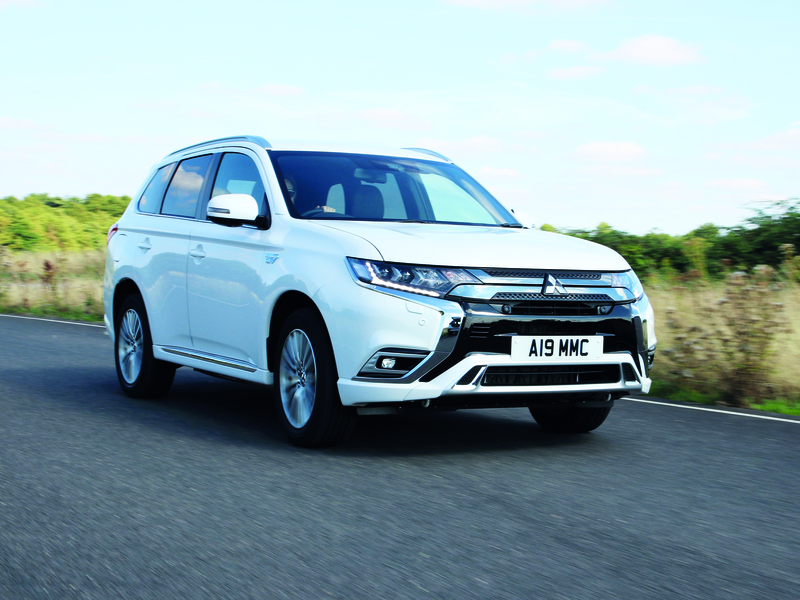 Mitsubishi may be a small player in Europe, but in a declining market it increased sales 7 percent to 134,886 vehicles in the first nine months of 2019. The strongest growth is coming from the Outlander SUV, which is Europe’s best-selling plug-in hybrid. More plug-in hybrids are coming next year, promises Mitsubishi Europe CEO Bernard Loire, who joined last year from alliance partner Nissan. He spoke with Automotive News Europe Correspondent Nick Gibbs about the brand’s future.

Mitsubishi Europe posted strong numbers in the first nine months. What is driving the increase?
What made the difference is that Outlander plug-in hybrid sales have grown significantly. Through September we sold 27,000 units of the plug-in hybrid in Europe, compared with 15,000 last year. If we keep this pace, we will reach 36,000 for the calendar year, up from 20,000 last year.

Mitsubishi is doing well in Europe but sales in the UK, your second-largest market in the region, were down 14 percent if you remove the L200 pickup. Why?
Two key things have happened in the UK, the discontinuation of the plug-in hybrid incentive and Brexit has caused a bit of economic uncertainty. This puts a lot of pressure on the total industry volume and especially on the sales-channel mix. But we were anticipating UK sales would fall, and that decrease is offset by gains in other markets. For example, we are selling about 700 to 800 plug-in hybrids a month in Germany, up from about 200 to 300 a month last year.

Is the increase in Germany because of incentives?
Germany put in place an incentive for company-car users. It’s not as big as in the UK, but it clearly helped. However, most of our sales are done with private customers. Mitsubishi in Germany is one of the best performers in the private sector. [Mitsubishi says 69 percent of its German sales were to private customers in the first nine months compared with an average of 35 percent for overall market.] We ranked No. 1 in private-sales mix in September. Choosing a diesel or gasoline SUV is becoming a dilemma for some customers, therefore, some pick a very low-emissions SUV like the Outlander plug-in hybrid instead.

In the first nine months, Mitsubishi’s sales were up 51 percent in Italy and 40 percent in France. What is driving sales in those markets?
We have to admit that we started from a low base. France is a bit like Germany in that demand for the plug-in hybrid has completely exploded. We have sold 4,000 units compared with 1,000 units during the same time period 12 to 15 months ago. The increase in Italy is driven by demand for the Space Star [minicar].

One thing worrying government official throughout Europe is that many plug-in hybrids aren’t being plugged in, so they seldom run on electric power. Do you have evidence they are?
We have internal studies, and it’s clear almost all the cars are plugged in. Our owners charge at least once every three days.

How do you know that?
We conducted a survey.

When will Mitsubishi add another plug-in hybrid and what is your long-term goal for electrification?
In the second half of next year we will have a replacement of the current Outlander. It will be on an alliance platform. There also will be another smaller SUV coming at the same time.

Last year your diesel mix was less than 20 percent excluding the L200 pickup. What is it now?
It’s almost nothing – excluding the pickup. We only have a diesel version of the Eclipse Cross [compact SUV] available in a few markets. The diesel mix of that is about 5 percent, and Eclipse Cross is about 20 percent of our overall sales, so it’s 5 percent of 20 percent. It’s very marginal, so we have decided to go gasoline  and electrified only in the future. We stopped the diesel ASX [compact SUV] and launched a new 2.0-liter gasoline version with 4wd and an automatic gearbox.

When will you get rid of the Eclipse Cross diesel?
That will probably go by the end of 2020.

The Space Star/Mirage is a strong seller, but it has been around since 2012. Will that continue or will tougher emissions requirements force you to discontinue it?
The emissions are tough, but we are competitive in this segment and sales of the car are rising. We will continue making the car. We will even have a product update in the near future.

Do you still sell the i-MiEV electric minicar in Europe?
Only in select countries such as Norway and Switzerland. We said we would have a new electric car. We have not disclosed when, but the direction we are going is plug-in hybrid, hybrid and EV.

Will Mitsubishi meet the tougher EU CO2 emissions target that starts to take effect in 2020?
Since 45 percent of our mix is under 95 grams of CO2 per kilometer we are OK for 2020. We benefit from the plug-in hybrid being at 46g/km.

Does rising backlash against SUVs in Europe worry you?
SUVs are part of our DNA as 77 percent of our sales in the nine months to September, including L200 pickup, were SUVs. We have to be conscious about the perception of SUVs but the customer demand is there, especially for low-emissions SUVs. The Outlander plug-in hybrid is proving that.

Is there anything to report on future synergies Mitsubishi will have as part of the Renault-Nissan alliance?
The synergies are behind the scenes. This could include purchasing and component sharing but it’s not things that are visible for the consumer.

Your cars are either built in Japan or in Thailand. Does that expose you to geo-political headwinds?
There are some tensions globally. The trade war between China and the U.S. is creating some currency volatility and we are facing slowdowns in markets outside of Europe. The international environment today is a bit more bumpy than a year ago and we are monitoring the exchange rate. At the moment the yen and even the Thai baht have been stronger than the euro. That is something we are looking at very carefully.

Does that affect your profits?
It does. This is a global issue. Exposure to currency has a direct impact on profits and it’s up to us to react. We have to live with this. It was a bit adverse during the first part of the fiscal year.

Do you react by changing prices?
We try to think about consumers first. We believe we can manage this without applying the forex changes to our retail price.