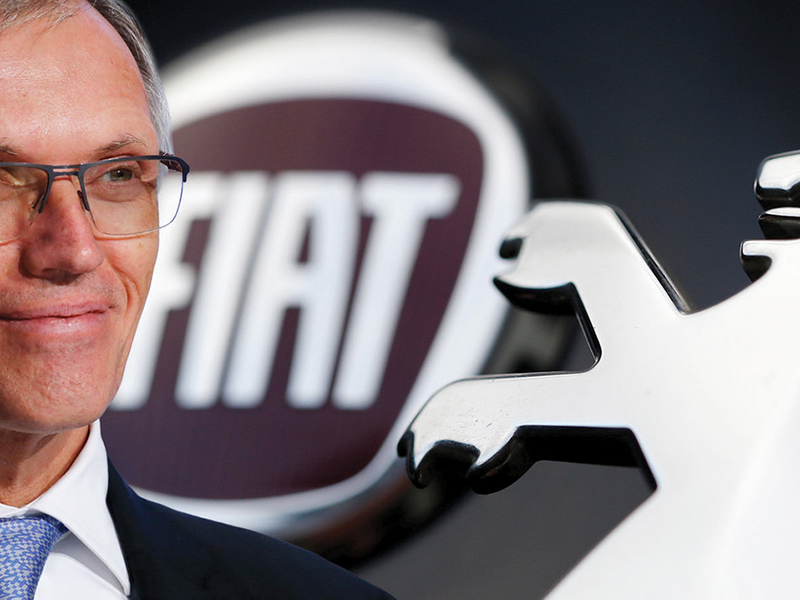 Fiat Chrysler Automobiles finally found a partner, though not before Sergio Marchionne’s untimely death. And not before backing out of one engagement and finding a different partner instead.

Still not enough drama for you? General Motors provided a major plot twist, claiming Marchionne was the puppetmaster in a decadelong bribery scheme to buy off UAW officials.

Speaking of the UAW — where do we start? Its president resigned, it went on strike for more than a month, and its headquarters caught fire. This year’s contract negotiations, which finally wrapped up just weeks before Christmas, weren’t easy, and they definitely weren’t dull, either.

Those are just some of the stories chosen by the Automotive News staff as the biggest of 2019. The top story of 2018, Carlos Ghosn’s downfall, continued to play out a little farther down on this year’s list. President Donald Trump made our list twice, but another Twitter-happy billionaire, Elon Musk, didn’t make the cut even once — despite his constant attempts to, well, “shatter” industry norms.

FCA pairing up with PSA would create the world’s fourth-largest automaker — bigger than Ford Motor Co. and GM — and give it the global scale that Marchionne insisted was necessary to compete in the future. It may not be the all-American merger the late CEO envisioned, but the deal that sprang from the friendship of current FCA CEO Mike Manley and PSA CEO Carlos Tavares has the potential to reshape the global auto industry.

Earlier, FCA had planned to combine with another French automaker, Renault. But it withdrew the offer in June and soon got to talking with PSA instead.

GM filed a racketeering lawsuit accusing FCA of buying off the UAW to disadvantage America’s largest automaker and force it into a merger with the maker of Jeep SUVs and Ram trucks. The suit recast the federal investigation into corruption within the UAW as the outcome of a conspiracy hatched by Marchionne. FCA countered that GM just wanted to stymie the merger with PSA and upend negotiations with the UAW.

GM is seeking potentially billions of dollars in damages, and the case could take years to play out in court.

Union President Gary Jones, reportedly a target of the Justice Department’s corruption investigation, resigned in the midst of contract negotiations with the Detroit 3. While some former union leaders were pocketing training center funds, other officials spent members’ dues on expensive champagne, cigars, golf clubs and lengthy vacations, prosecutors say. Former Vice Presidents Norwood Jewell and Joe Ashton are among those who have pleaded guilty, and more charges could be coming.

The UAW’s new president, Rory Gamble, is accelerating reform efforts in the fading hope of avoiding a federal takeover.

Amid the turmoil related to stories No. 2 and 3 on this list, the UAW held the longest national strike against an automaker in almost half a century, forcing more than 46,000 GM workers onto picket lines for nearly six weeks. The union ultimately won rich contracts that preserved some of the nation’s best benefits and gave new hires a quicker path to top wages and benefits. The UAW will be back at the bargaining table in 2023.

The year since former Nissan Chairman Carlos Ghosn’s arrest in Japan has been bumpy for the alliance he left behind. His successors at Nissan and Renault were themselves replaced. Profits from both companies have collapsed. Renault tried and failed to merge with FCA. Nissan is cutting 12,500 jobs worldwide, and its U.S. workers have been told they’ll start the new year on furlough to help stop the bleeding. Several executives have been shown the door or left on their own.

Meanwhile, Nissan has been unwinding Ghosn’s market share-by-any-means-necessary approach to retailing vehicles in the U.S. The automaker is trying to shore up brand value and margins by pivoting away from fleet sales and incentives.

VW increased its investment in electric vehicles, and BMW pulled ahead its electrification goals. GM is planning to make EVs at a Detroit plant it wanted to shutter and batteries near an Ohio plant it did close. Even Toyota laid out ambitious plans to develop an array of EVs. Ford, Cox Automotive and Amazon invested in startup Rivian. Ford’s Mustang Mach-E and Porsche’s Taycan present a second wave of compelling high-end EVs from established automakers. While profits remain hard to come by and consumer demand remains low, numerous electric models are in the pipeline.

Trump continues to go back and forth with China on trade. Steel tariffs come and go and come again. But the president’s deal with Japan appears to be moving forward, and the replacement for the North American Free Trade Agreement, known as the United States-Mexico-Canada Agreement, finally got through the House of Representatives just before the holiday recess. Automakers also are trying to make sense of the endless uncertainty surrounding Great Britain’s pullout from the European Union.

With a U.S. trade war slowing economic growth, China’s sales have fallen precipitously — a dramatic contrast with more than a decade of rapid industry growth. Sales of new-energy vehicles have tumbled as government subsidies have been reduced in the world’s largest vehicle market, an important source of profits for many top automakers.

Dealerships have increasingly needed to rely on factory bonuses to stay in the black. Despite a robust market and strong economy, more stores sold vehicles out of trust and failed to repay floorplan loans. After the massive collapse of Reagor-Dykes Auto Group in Texas, former employees pleaded guilty to federal bank and wire fraud charges. Another prominent group, Prime Automotive, also faced legal drama and regulatory scrutiny. Stair-step incentive programs continued to aggravate many dealers, though some of the programs have become more manageable.

2023 Chevrolet Tahoe
Cadillac Celestiq Luxury EV May Cost Up To $300,000
This Is Why We Never Use The Left Lane When Pulling Into A Road
Watch Ford F-150 Lightning Fully Charge Stranded Mini Cooper SE
Elon Musk says Tesla Cybertruck design is officially finalized