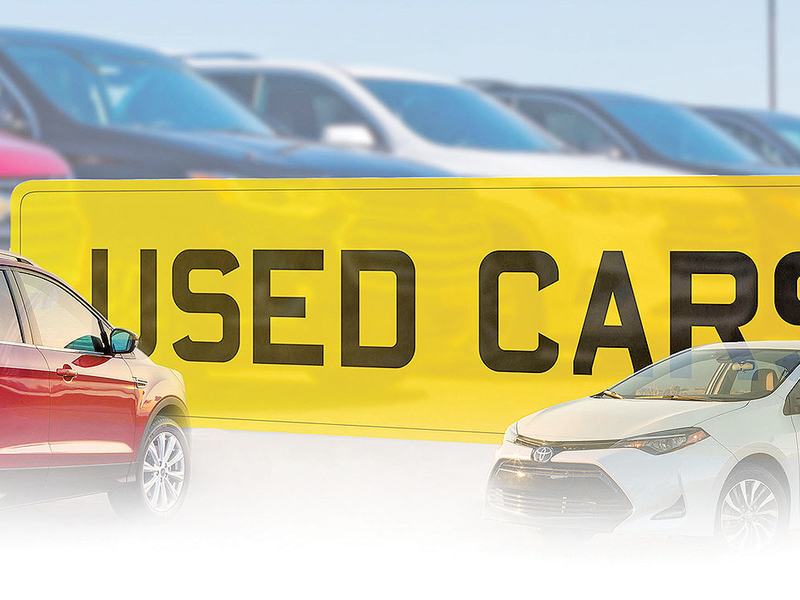 Dealerships big and small increasingly have shifted their focus toward used vehicles — a side of the market that traditionally provides dealers more control and creative opportunities than the new-vehicle business.

And the shift en masse toward used vehicles also comes down to money. According to J.D. Power, dealers made an average gross profit of just $140 on a mass-market new car this year. But for used cars 5 years old or less, the profit was $950. And new trucks cleared $540 each, while used trucks 5 years old or less gave dealers a $1,200 per-vehicle profit.

It’s clear: The used-vehicle market is hot, and competition is on the rise. So what can you expect in 2020? Here are five trends we’ll keep an eye on.

After a peak of 4.1 million off-lease vehicles came back to the market in 2019, Cox Automotive Chief Economist Jonathan Smoke is forecasting that inventory levels in 2020, in aggregate, should be fairly stable to only slightly lower.

Off-lease supply is at a “high tide for the wholesale market,” Smoke told Automotive News in an email.

Lease maturities are expected to be flat, but return rates are likely to rise because of weaker values, Smoke said.

Repossessions also are expected to rise because of record loan volumes and a higher rate of severe delinquencies.

J.D. Power also says the supply peak has passed, but the forecaster does not see a dramatic decline on the other side of the summit. It is expecting only a “slight decline” in overall inventory levels, said David Paris, executive analyst at J.D. Power.

“So not a relatively huge decline, but [it’s] still declining supply, which should help support used prices,” Paris said.

Within the used-vehicle market, the supply of mass-market-brand vehicles is expected to dwindle slightly beyond 2020.

“But on the premium side of the market, with leasing and all the crazy deals that we’ve seen over the past couple years, we’re actually expecting supply levels to kind of maintain in 2020, with similar levels that we saw here in 2019, and then actually grow by 2022,” Paris said.

With declining credit conditions on the horizon, plus a shrinking gap between the features found in mass-market and premium vehicles, there likely will be further downward pressure on premium vehicle prices, Paris said. Overall, J.D. Power is forecasting used-vehicle values to tumble by up to 1.5 percent in 2020. “The primary driver behind that: We’re expecting credit conditions to worsen,” he said.

Cox Automotive’s Manheim Used Vehicle Index is expected to be flat to 1 percent up, Smoke said. “That would make 2020 the weakest year since 2016,” he said.

The index is not inflation-adjusted, because it constantly evolves to reflect the changing mix of vehicles sold at Manheim auctions, Smoke added. If adjusted for expected inflation in 2020, Cox’s forecast implies that used-vehicle values would decline by up to 1.5 percent in real terms, he said.

Softer values are expected for used vehicles in 2020 even as the mix of used cars and trucks includes an increasing share of higher-priced vehicles.

The year 2019 was the first in which SUVs, crossovers and pickups combined to outnumber cars in off-lease returns, according to Edmunds. The share of light trucks in the used-vehicle market will continue to grow in 2020, Edmunds said. Higher supply of more expensive vehicles such as SUVs is expected to drive down values.

Demand for used cars from mass-market brands will continue.

“We’re going to continue to see strength in passenger cars, primarily mainstream, just because of shrinking levels of inventory coming back,” said Paris of J.D. Power.

In 2019, small and midsize cars showed the strongest price appreciation in the used-vehicle market, Paris said.

Pickups and SUVs show strong demand, too, but a higher supply of those vehicles coming back to market helped suppress prices. That will continue in 2020, he said.

There is no indication the used-vehicle market will be any less fragmented in 2020, even with relative newcomers such as Carvana shaking up certain aspects of online retailing, noted Ben Ellencweig, a partner with McKinsey & Co.

“If you’re looking at the Penskes, the AutoNations, the Sonics of the world, we’re still talking about hundreds of thousands [of sales] out of a market … that is 40 million used cars sold every year in the U.S.,” he said.

This spells opportunity for disrupters and traditional retailers. Carvana notes that CarMax, the biggest used-vehicle retailer, has roughly a 2 percent share of the market. CarMax retailed 721,512 used vehicles in 2018. Carvana, which retailed 94,108 vehicles in 2018, has set a goal of 2 million in vehicle sales, or about 5 percent of the market.

The potential disruption is throughout the ecosystem, Ellencweig said, extending beyond vehicle sales and into insurance and lending. New digital retailing platforms are a possibility.

“Definitely behind the scenes, we’re seeing multiple players working on that,” he said.