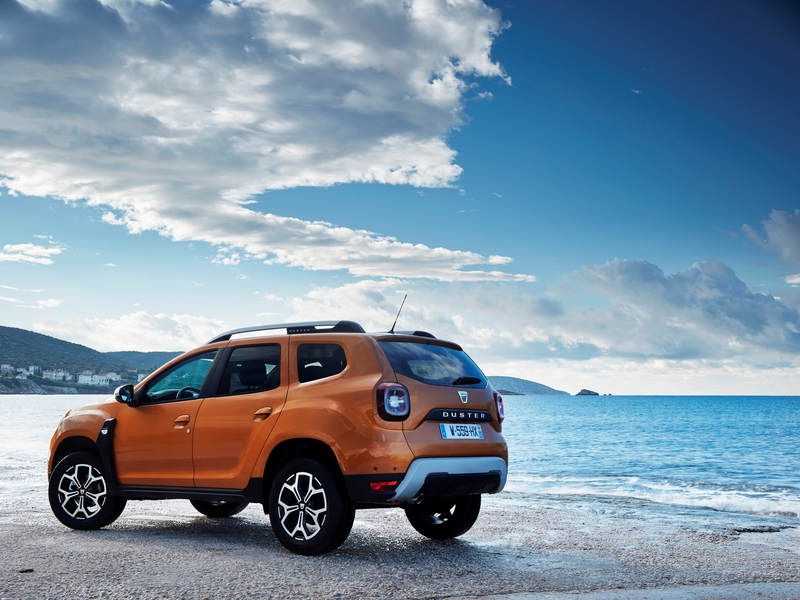 Dacia is a huge success in Europe for parent Renault Group because it delivers on its “value-for-money” philosophy. However, the cost of achieving emissions compliance, especially with electrified powertrains, could pose a threat to the low-cost brand’s profits and sales. Philippe Buros, a veteran of Dacia in Romania who is the chairman of Renault’s Europe region, talked with Automotive News Europe Correspondent Peter Sigal about how Dacia will manage this transition.

Does Dacia need electrified powertrains in Europe to bring down CO2 emissions and how will you do this?
First of all, our CO2 emissions are global for Renault Group, including Dacia. The main selling point for Dacia is “value for money,” and as part of that Dacia takes technology that Renault has, but after a delay. So, Dacia will pick up everything that Renault has in terms of electrification, because we will be required to electrify the brand, either with full-electric cars or hybrids. It’s true that Dacia is not electric today but there are many brands in Europe that aren’t electric, either. I think that everyone will have to go electric because it’s an underlying trend.

Do you think Dacia should have lower emissions for environmental reasons?
Yes, and our customers will be asking for electrification. When Dacia started to grow most of our customers in France lived in rural areas, but today we have a lot of buyers in cities such as Paris. They will want an electric Dacia. But, they will want one that is less expensive than an electric Renault.

Will Dacia get a version of the Renault Zoe EV?
Maybe, but it would have to be the same price difference as between a Dacia Sandero and Renault Clio [small hatchbacks]. Today, one of the ways we are reducing emissions is with LPG [liquefied petroleum gas] options. When you do LPG it lowers your emissions and it’s also a dual-fuel system. It’s especially popular in Italy, Poland, Spain and Switzerland. We are the only brand that offers the whole range with LPG versions. In Italy we have the highest share of the LPG market, ahead of Fiat. For the Duster, more than 50 percent of sales in Italy are LPG and that is growing.

When will the cost of a full-electric vehicle come down enough for Dacia to have one?
I think in two or three years we will electrify Dacia.

In general, the cost of all vehicles is going up because of emissions regulations. Can Dacia continue to offer “value for money” as its main selling point?
The problem with the regulations is that you are adding 1,000 to 1,500 euros to the cost. When it’s a 100,000-euro car, it’s easier to absorb. When it’s one that costs 8,000 or 9,000, that is 10 percent or more. That is why there is a delay [in Dacia using Renault technology] and why we are trying to wait as long as possible to amortize the technology.

Safety regulations such as new NCAP testing will add to costs. How are you dealing with that?
Prices everywhere will go up, but we have to ensure that the price gap between Dacia and the rest of the market, which is about 20 percent less, is maintained. Otherwise, volume will go down. But we have to continue to offer “value for money” and a relatively high level of equipment but at a lower price. It’s not just a car with four wheels.

Do you plan to use other technologies from the Renault-Nissan alliance, such as lane keeping or adaptive cruise control?
Yes, but our customers aren’t asking for that. Their needs are simpler: to get from Point A to Point B. For this they want air conditioning, electric windows, power steering but they don’t want a self-driving car because they know they will never get a self-driving car at 10,000 euros. When we are required to put it in, we will do so. But we will try to do it as late as possible, otherwise it will break Dacia’s business model.

Dacia’s lineup has been mostly the same in recent years, although the Duster was completely renewed at the end of 2017. When can we expect new models, such as a new Sandero?
Nothing has been finalized. Something will happen in the next two years because we have to renew Dacia, but I can’t tell you on what platform.

Do Dacia owners keep their cars longer than Renault owners?
Dacia customers are less concerned about novelty than Renault customers. They are pragmatic. They want a car to get themselves and their families around safely, but they are not worried about fashion.

What about the Dokker, your small van. Will that move to a newer Renault platform, and will light commercial vehicles become more important to Dacia?
We can’t reveal anything yet, but that would be logical. Renault will launch a Kangoo [car-derived van], and we will see for what price equation we could make a Dacia version and whether we will do it. We relaunched Dacia with a “net price” business model. You can’t compete in the fleet market with that philosophy. If you do fleets, you start to discount. And then people will buy fleet cars to re-sell to individuals. That is why it’s complicated for Dacia to do fleets or utility vehicles.

Dacia tries to avoid channels such as short-term rentals in Europe, right?
Yes. It’s just like the fleet market. The rental cars will be resold after three or four months, but at a 20 percent or 30 percent discount, and it would break our business model. We do sell a little bit in those channels, but in France, for example, 80 percent of our sales are retail.

Dacia now has plants in Romania and Morocco. Do you need to expand your production footprint?
We are in two countries with well-trained workers and reasonable costs. There is no reason to change.

Are there other markets where Dacia could be introduced, or will you continue to brand some Dacia models as Renaults to be sold outside of Europe?
In Europe, there are two different customers: a Dacia customer and a Renault customer. The Dacia customer often stays with Dacia. When he is young, he will more likely have bought a used car and then moved up to a Dacia. He will stay with Dacia. It’s rare to have a Dacia customer move to Renault. We need to keep the brands separate because Dacia and Renault customers don’t want the same things.

The Duster has been an incredible success. Have you thought about creating variants of it?
No, because the success of Duster is based on the price and the cost. The more you increase the diversity of your range, the more you raise the costs and the more you have to raise prices. We only raise our prices at the level of inflation, or maybe a little bit less. There is always a temptation to say, in France, we have about 2 percent inflation, we could raise prices 3 percent. But we have to maintain our business model of offering value for money.

What is the next step for Dacia? More volume or more efficiency?
We will continue to push value for money; we have found a good balance between the price and the content of the cars. If we raise the content we will have to raise the price. If we do that we will be competing with Renault.

Who are Dacia’s competitors in Europe? Would Fiat be one?
Have you seen the Fiat 500? It’s expensive. The same with Skoda, compared with Dacia it’s a little higher. We are alone in our segment. We know that the price will increase because of regulations but we want to maintain this difference.

VW is reportedly going to move Skoda down market. Is this a threat?
It’s possible, because they have factories in eastern Europe. They could do it, but making affordable cars takes real know-how.

There are a lot of expensive forthcoming trends, such as autonomy, mobility as a service and connectivity. With these in mind, where do you see Dacia in five or 10 years?
We have to stay in this segment. The autonomous vehicle, the true autonomous vehicle, it’s not going to happen tomorrow. For Dacia, I don’t see that happening for a long time. But if we can adapt Dacia to a principle of mobility, it could be intelligent. When you need a car in a big city, if you have a Dacia car at a Dacia price to go 5 kilometers, there could be a business case there. The real difficulty is to reinforce our business model. Because the questions are often asked: Why don’t you sell to fleets? Why don’t you sell to driving schools? We have to say no. When you are a seller, it’s complicated to say you don’t want to sell a car. But that is what protects Dacia.