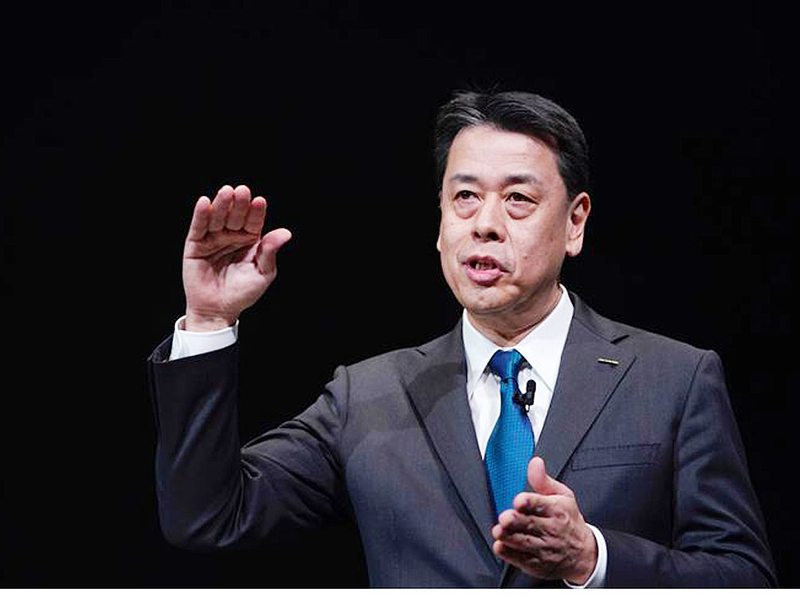 In 2019 we saw some newcomers and witnessed some comebacks. Here are 10 of them.

As of early December, 11 people had pleaded guilty in the federal government’s ongoing corruption probe at the UAW. Now the formidable task of cleaning up the scandal-plagued union has fallen on the shoulders of this former vice president of the UAW-Ford department, who also served 12 years as Region 1A director. “This organization is too important to too many people to fail,” Gamble told Automotive News. “I do not intend to see that happen in my lifetime, and I know our board members feel the same way.” He is the union’s first African American president.

The third CEO was the charm for AutoNation in 2019, as Miller became the first woman to lead a publicly traded dealership group. The former CFO took over following the sudden departure of Carl Liebert, who less than five months earlier had succeeded Mike Jackson as CEO of AutoNation.

Kato’s priorities as the new CEO of Mitsubishi Motors Corp. include continuing to implement the “small but beautiful” strategy championed by his predecessor, Chairman Osamu Masuko. It emphasizes steady growth and profits over rapid volume expansion. Kato, who headed the automaker’s Indonesia unit, inherits a Mitsubishi that will increasingly see products developed through its global alliance with Renault and Nissan, getting a crack at models and technologies that have not necessarily been feasible in the past at Mitsubishi’s volumes in the U.S. and other markets.

They call him the “anti-Ghosn.” The Michelin CEO was recruited to replace Carlos Ghosn as chairman of Renault Group when its board and the French government needed him to stabilize the French automaker following Ghosn’s arrest in Tokyo. Fun fact: Senard took the Renault job in January, but he remained CEO of Michelin until May. In addition to finding a new CEO for Renault, following the departure of Thierry Bollore in October, Senard’s priority list includes mending relations with alliance partner Nissan.

After two decades at Amazon and a 10- month stint at Snapchat parent Snap Inc., Stone made the leap into automotive in April, replacing Bob Shanks as Ford CFO. Stone says his experience at Amazon prepared him for his new job, despite his industry outsider status. Among other achievements, he oversaw the online retailer’s $15 billion business integration with Whole Foods.

In May, Workhorse Group, an obscure electric truckmaker from Cincinnati, galloped in, announcing talks to buy GM’s idled Lordstown assembly complex in Ohio. In November, GM sold the site to a Workhorse affiliate, Lordstown Motors Corp., started by former Workhorse CEO Stephen Burns. It is planning an electric pickup called Endurance. GM recently confirmed to Bloomberg that it had loaned $40 million to Lordstown Motors to help roll out the truck.

The former CEO of Mazda Motor Europe has returned to the U.S. as president of Mazda North American Operations, a role that puts him in charge of sales, marketing, parts and service, and other functions in the U.S., Mexico and Puerto Rico. Guyton’s mission includes helping the Japanese automaker launch a production base in the U.S. with the construction of a joint-venture assembly plant with Toyota in Huntsville, Ala., where Mazda intends to produce a new crossover.

After steering Mercedes-Benz sales in China for more than six years, Speeks has taken the helm of the automaker’s second-largest market, succeeding Dietmar Exler as CEO of Mercedes-Benz USA and head of the North America region. This former president of Mercedes-Benz Japan, who also worked for the automaker in Dubai, Vietnam and Germany, takes over as Mercedes’ share of U.S. premium sales has dropped. He’s tasked with building a market for the luxury automaker’s electric vehicles, just as parent Daimler is planning to slash spending, including headcount.

Let’s call this one a “Hello, again.” Darvish returned to the automotive spotlight this year, taking over AutoCanada’s U.S. operations as president. She had been a familiar figure in the industry, notably lobbying Congress to protect dealers during the Great Recession. She also served as the executive vice president and public face of her family’s DARCARS Automotive Group in Bethesda, Md., before becoming embroiled in a legal battle over the company’s succession plan.