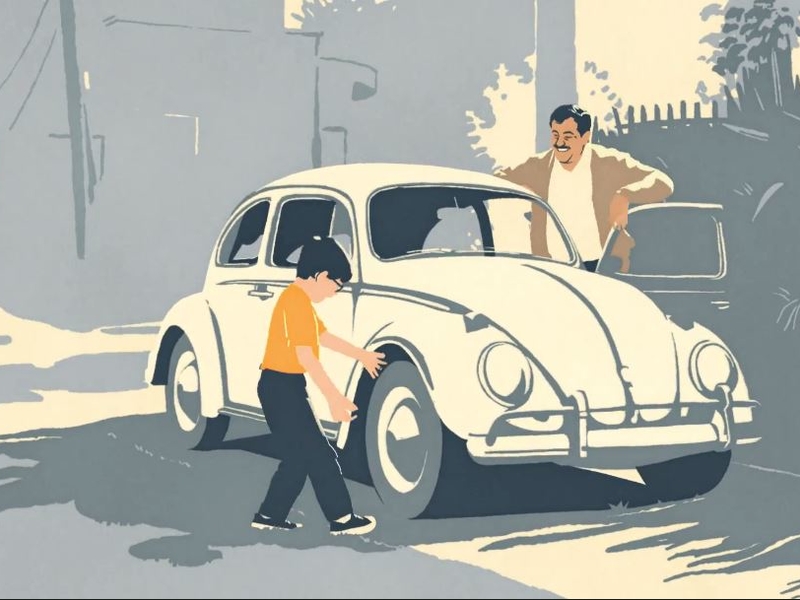 Volkswagen Group said goodbye to the Beetle at the very end of 2019 with a little help from a Beatles song, Kevin Bacon, Andy Warhol and Andy Cohen.

A nostalgia-laden animated ad called “The Last Mile” got a significant push during New Year’s Eve TV programming, with airings on ABC, CNN, as well as digital billboard buys on Times Square. The spot, by Johannes Leonardo, depicts the iconic car’s role in the life of a man who is shown growing old with the Beetle, which ended production earlier this year after a run that began in the 1930s. Along the way, the ad works in references to the Beetle’s outsized role in pop culture.

The soundtrack — a rendition of the Beetle’s “Let it Be” sung by Chicago-area children’s choir Pro Musica Youth Chorus — is a nod to the car’s appearance on the “Abbey Road” album cover. Bacon appears in animated form as Ren, the Beetle-driving character he played in “Footloose.” An animated version of Warhol quickly appears (at the 1:01 mark, snapping a photo of the Beetle) in a nod to a painting the pop artist did of the car. The ad also includes a reference to VW’s classic “Think Small” and “Lemon” campaigns from the 1960s by Doyle Dane Bernbach.

For more coverage from Ad Age, an affiliate of Automotive News, click here.

Cohen appears at the 1:03 mark, on the receiving end of a “punch buggy” — the old road trip game that calls for a punch on the arm upon spotting a Beetle. The Bravo personality will co-host CNN’s New Year’s Eve coverage. He teased the ad on Instagram with a paid post encouraging followers to post pictures of their own Beetles.

It’s part of a larger influencer campaign that will include postings from other Beetle enthusiasts. The TV ad was also slated for NBC’s Jan. 1 coverage of the National Hockey League’s “Winter Classic,” as well as during college football programing, including the Sugar Bowl and Rose Bowl.

It amounts to a sizable investment in a campaign for a car that won’t be sold again. The Beetle debuted in Nazi Germany in 1930s and later became countercultural force in the U.S., beloved by hippies. But VW killed the model this year — the last one rolled out of VW’s Puebla, Mexico, plant in July — as more consumers dump small sedans in favor of crossovers and SUVs.

The ad attempts to bridge the Beetle’s cultural heyday with VW’s future, which includes a heavy investment in electric vehicles. The final scene shows the Beetle morphing into a beetle insect and ascending into heaven. It ends with the line “where one road ends, another begins,” as well as the brand’s “Drive Bigger” tagline that was launched earlier this year.

The “Drive Bigger” campaign, which marked ad agency Johannes Leonardo’s initial work on VW, began in June with an ad that referenced the automaker’s global diesel emissions scandal. The scandal began in 2015 when VW was caught installing “defeat devices” on vehicles to manipulate emissions test results. The June ad, backed by Simon & Garfunkel’s “The Sound of Silence,” positioned the emissions crisis as an impetus for VW’s aggressive move into electric vehicles. The EV push comes as VW tries to recapture environmental high ground it lost in the wake of the scandal.

In “The Last Mile,” VW nods to environmentalism with a scene showing the Beetle driving by a wind farm. Leo Premutico, co-founder and co-chief creative officer at Johannes Leonardo, characterized the ad as “the Beetle giving its blessing to the new path the company is going to be going down.”

With the Beetle a part of so many pop culture moments, the agency had a wealth of real-life footage it could have pulled from. But “part of the reason we wanted to animate this film is to really to paint everybody who’s in it, irrelevant of how famous they are, with the same brush — to really put everyone on the same footing,” Premutico says, referring to the Beetle as “an extremely democratic vehicle.”

“This is obviously a big moment for the company to say goodbye to the vehicle,” he adds. But “when a car is this ingrained in the culture, it’s everyone’s goodbye.”