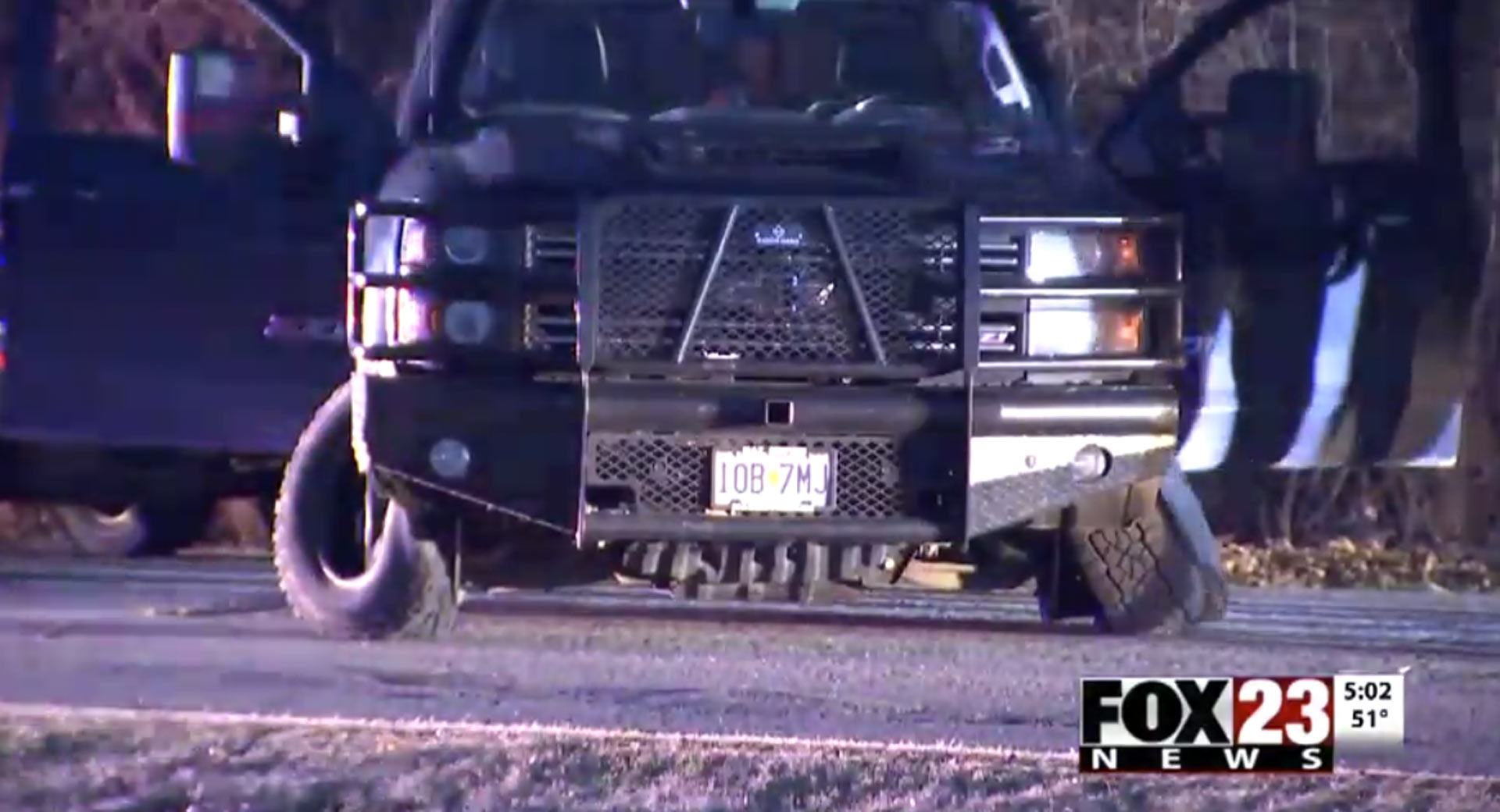 A man has been arrested in Oklahoma after leading police on a chase through multiple U.S. states while allegedly high on methamphetamine, Fox 23 reports.

The whole saga started early on New Year’s Day outside an adult video store in Carthage, Missouri, when 40-year-old Brandon Wayne Kirby stole a black GMC Sierra pickup truck while the driver was in the store and the passenger was sleeping in the truck.

Not dissuaded by the presence of someone in the passenger seat, Kirby drove the pickup through various parts of Missouri, Kansas, and Oklahoma. At one stage, the passenger claims the thief ingested meth and pistol-whipped him.

Eventually, Kirby let the passenger out along with the pet goat they were carrying in the GMC. As soon as the passenger was let out, he called 911 to report the theft. Police were then able to track Kirby after calling OnStar. Authorities quickly caught up to Kirby and used stop sticks to pop the truck’s tires before nudging it into a ditch to end the chase.

Kirby quickly bolted from the scene and fled through the nearby woods, dropping his mask and gun in the process. Police soon caught up to the 40-year-old and charged him with kidnapping, pointing a firearm, and being a felon in possession of a firearm. Authorities in Oklahoma are after Kirby for burglary and multiple felony convictions for assault, burglary, and possession of a stolen vehicle.

Taking to Facebook, the Sand Springs Police Department wrote: “OK 2020, it only took you 4.5 hours to get weird. Let’s slow down on the carjacking-goatnapping calls for the remainder of the year.”