Shocking footage has been released by police showing a car going over a cliff in San Mateo County, California, near Gray Whale Cove. The video was captured by a passing motorist on his dashcam this past Monday on December 30, at approximately 10:38 AM.

Sheriff’s deputies joined by crews from the San Mateo County Fire Department launched a search by land, sea and air but have yet to find the driver or the vehicle.

Now, the CHP-San Francisco office is asking for the public’s assistance in providing whatever information they can regarding the vehicle, which the Coast Guard believes to be a green Lexus (it looks like an older generation RX to us) and the person driving it. So far, search efforts have proven unsuccessful. 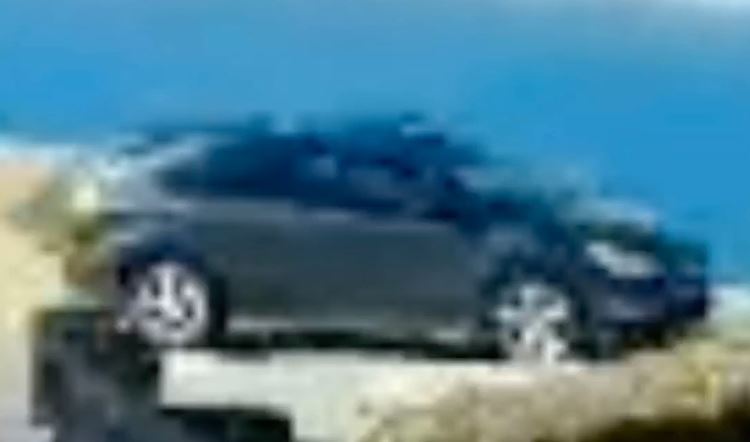 Meanwhile, the CHP, U.S. Coast Guard, Cal Fire and other San Mateo County agencies provided air, land and sea crews to aid the search efforts. According to ABC7, while some car parts were found in the water, it is unclear whether or not they came from this vehicle.

CHP – San Francisco posted this message on their Facebook page just yesterday: “Search efforts had to be called off due to dangerous water conditions and have remained this way through Thursday morning. The CHP is requesting assistance from the public in gathering additional information. If you or anyone you know have any information that might be helpful, please call the CHP at 415-407-3741.”

If you can be of any help to the investigation, we strongly urge you to call that number.

HAPPENING NOW: Multiple agencies are searching for a vehicle that was reported to have gone off the cliff at Grey Whale Cove. One witness reported the incident. Tire tracks were found. Car parts found in water, unclear if the parts connected to this incident. pic.twitter.com/rPBUZYILWY