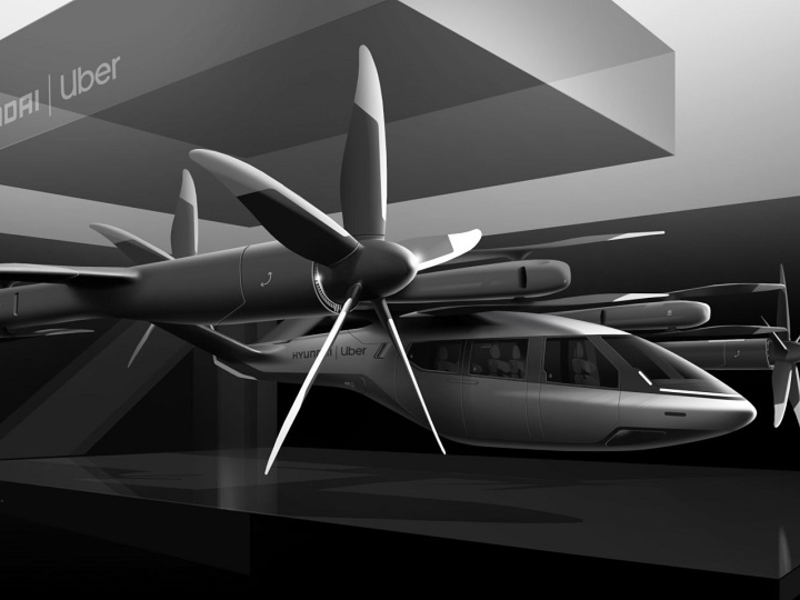 LAS VEGAS — Hyundai is flirting with the idea of taking to the skies with aerial vehicles.

At the CES electronics show here, Hyundai on Monday showed off a flying taxi concept, part of a partnership with Uber to develop an aerial ride-share network.

The four-passenger model initially will be human piloted but eventually will be able to fly autonomously. The vehicle is propelled by multiple small rotors and propellers around the airframe.

Hyundai would produce and deploy the air vehicles, and Uber would operate the service.

Euisun Chung, Hyundai Executive Vice Chairman, expects commercialization of urban air mobility service in 2028, saying it takes time for laws and systems to be in place.

Uber, which has partnered with eight companies on its air taxi project, said it would be “unrealistic” to expect all its partners to go to market at the same time.

“Our plans for our limited commercial operations in 2023 will likely involve other partners,” said Sarah Abboud, Communications Manager at Uber.

Hyundai will produce and deploy the vehicles while Uber will provide aerial ride-share services.

“The overall cost to produce and operate UAM (urban air mobility) vehicles should be really low enough for everyone to enjoy the freedom to fly,” said Shin Jai-won, head of Hyundai’s urban air mobility division.

Hyundai is not alone in its ambitions to take to the skies as automakers and tech companies race to develop small self-flying cars to ease urban congestion.

Daimler, Geely and Toyota have all unveiled investments in startups that aim to deploy electric flying cars capable of vertical takeoff and landing.

Porsche is collaborating with aircraft maker Boeing to develop a concept for an electric vertical-takeoff and -landing vehicle. A 2018 study by Porsche Consulting forecasts that the urban air mobility market will pick up speed after 2025.

Air taxis come in several shapes and sizes – electric motors replace jet engines, and aircraft have rotating wings and, in some cases, rotors in place of propellers.

The urban flight market will exceed the current number of commercial airplanes flying around the world – about 25,000, Hyundai’s Shin, a former NASA engineer hired by the automaker last year, estimated, without giving any timeframe.