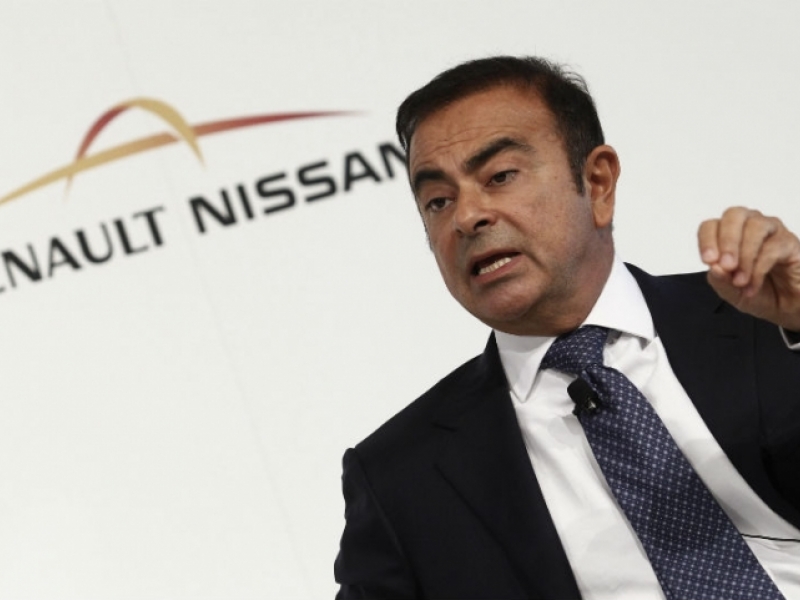 The world’s biggest car-making alliance between Nissan Motor Co. and Renault SA is in tatters, according to the fugitive former boss Carlos Ghosn, who built up the Franco-Japanese partnership over two decades.

“What we see today is a masquerade of an alliance that obviously with all the people involved is not going to go anywhere,” Ghosn said at a news conference in Beirut on Wednesday after fleeing charges of financial crimes in Japan. “I’m having a hard time seeing any strategic direction.”

The former globe-trotting executive helped lead Nissan back from the brink following its rescue by Renault. As their alliance prospered — bringing in Mitsubishi Motors Corp. in 2016 — Ghosn made himself indispensable as the leader of all three companies. His shock arrest in November 2018 threw the carmakers into disarray and brought infighting between Renault and Nissan into the open.

In the subsequent months, the alliance came close to unraveling and communication between executives seized up. While relations have smoothed since amid changes in top management, Ghosn on Wednesday may have stirred up bad blood. He took direct aim at Nissan executives, whom he said were behind his ouster and legal quagmire in order to prevent a merger with Renault.

Ghosn denied he was attempting to merge the partners, saying his plan was for a joint holding company and common board, with each keeping separate brands, headquarters and management.

The former executive also ripped into his successor and former protege Hiroto Saikawa, whom he said led Nissan into decline despite starting out with a cash pile of billions and a leading brand. Ghosn named other Nissan officials Hari Nada, Hitoshi Kawaguchi, Toshiaki Onuma and Masakazu Toyoda as being behind a plot to bring him down.

“The collusion between Nissan and the prosecutor is everywhere,” he said. “The only people who don’t see it are the people in Japan. How can it be legal?”

Nissan reiterated an earlier statement that Ghosn was removed after a “robust, thorough” internal investigation and said it will continue to take appropriate legal action.

The deterioration of relations between Renault and Nissan after Ghosn’s arrest has taken its toll on their stock performance. The French carmaker is trading near a seven-year low, while the Japanese manufacturer is at levels not seen in a decade. An industrywide sales slump and Renault’s failure to merge with Fiat Chrysler have also weighed on the stocks. Their financial performance is also hurting.

“What I would do is completely different from what’s being done,” he said, without giving details. “There is no problem without a solution.”

In addressing the media, Ghosn slipped back into his past leadership style as if he hadn’t spent months in a Japanese prison far away from boardrooms and C-suites.

“I can tell you that consensus doesn’t work,” he said. “You have to make sure that you force people to go for synergies. If you leave it to themselves, nothing happens.”

Ghosn reserved some of his harshest criticism for the failure of Renault Chairman Jean-Dominique Senard in June to merge with Fiat Chrysler Automobiles, saying the carmaker squandered an “unbelievable” opportunity. Ghosn claimed he was well-advanced in bringing Fiat Chrysler into the alliance fold. Renault declined to comment. An FCA spokesman also declined to comment.

French rival PSA Group agreed last month to combine with Fiat Chrysler to create a global heavyweight, making Renault’s alliance with Nissan all the more crucial for both companies in the face of trade wars and an expensive shift toward electric and self-driving vehicles.

Now free to speak his mind, the 65-year-old is seeking to salvage his legacy, blighted by allegations of understating his income and raiding corporate resources for personal gain at Nissan. He’s also under investigation in France.

At the root of the tensions between Nissan and Renault has been a lopsided ownership structure, with Renault holding 43 percent of the Yokohama-based carmaker and Nissan owning just 15 percent of Renault. Given its bigger size and superior earnings performance in recent years, Nissan has sought more sway in the alliance, including a reduction in Renault’s stake.

To restore trust, both companies have since made changes in top management. Nissan replaced its CEO and Renault has embarked on its own CEO search after ousting Thierry Bollore, a former Ghosn protege.