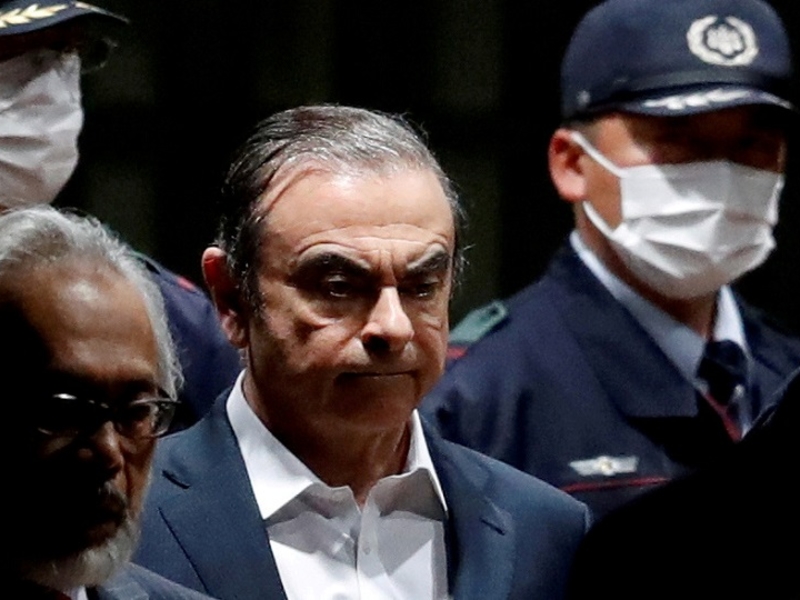 BEIRUT, Lebanon – Indicted former Nissan Chairman Carlos Ghosn, now an international fugitive after bolting bail in Japan, will tell finally his side of the story in a news conference, the fallen auto titan’s first since his legal troubles began in 2018.

Ghosn is likely to unleash a point-by-point attack on the validity of the investigation that culminated in his arrest in Japan. Ghosn may also name those behind what he has called a plot to oust him and offer evidence supporting his claims to innocence.

Ghosn’s comments, to be delivered at a press conference here, will also likely criticize his treatment in Japan, where he spent nearly 130 days in solitary confinement as prosecutors repeatedly arrested him on different counts.

Ghosn has blasted the Japanese justice, with its 99 percent conviction rate, as a rigged system in which guilt is presumed, discrimination is rampant, and basic human rights are denied.

The news conference will be the Ghosn’s first public appearance he jumped bail in Japan and escaped to his childhood home of Lebanon.

The vanishing act humiliated Japan, which has indicted Ghosn, 65, on four counts of financial misconduct during his time at Nissan. Ghosn’s trial was to begin as early as this spring.

Accounts of his escape come straight from a Hollywood thriller.

He then met two American private-security experts, including a former Green Beret, at a nearby five-star hotel before absconding to Osaka on Japan’s ultra-fast bullet train.

Once 300 miles (483 km)  away in that western Japanese metropolis, Ghosn was reportedly loaded into an oversized shipping case for audio equipment and spirited onto a private jet at Osaka’s Kansai International Airport.

The Wall Street Journal was the first to report that holes were drilled in the bottom of the box so Ghosn could breath and that airport security didn’t screen it because the box was too big to fit through their x-ray machine. The plane then reportedly flew to Turkey, where Ghosn transferred to another jet bound for Beirut.

In Lebanon, where Ghosn is a citizen, he is unmuzzled to tell his side of the story without the threat of Japanese authorities re-arresting him and sending him back to jail. Lebanon has no extradition treaty with Japan, and officials here have said they have no plans to send him back.

From his base in Beirut, Ghosn is free to fully weave his own narrative.

Ahead of his new conference, Nissan went on the offensive, issuing a statement saying it found “incontrovertible evidence” of misconduct by Ghosn, including misstatement of his compensation and misappropriation of the company’s assets for his personal benefit.

“The company will continue to take appropriate legal action to hold Ghosn accountable for the harm that his misconduct has caused to Nissan,” the automaker said.

In September, Ghosn agreed to pay $1 million to settle, without admitting guilty, a separate U.S. Securities and Exchange Commission complaint that he hid some $140 million in future payouts.

Yet, Japanese prosecutors have yet to disclose any evidence backing their indictments. And without the forum of an open trial to air it, the dispute risks becoming a he-said-she-said battle.

Indeed, Ghosn’s defense team immediate punched back with its own statement calling Nissan’s claim of having conducted a robust, thorough investigation a “gross perversion of the truth.”

“It was initiated and carried out for the specific, predetermined purpose of taking down Carlos Ghosn to prevent him from further integrating Nissan and Renault, which threatened the independence of Nissan, one of Japan’s iconic, flagship companies,” the statement said.

The investigation was rife with conflicts of interest that undercut its legitimacy, Ghosn’s team said. Hari Nada, the Nissan executive running the internal investigation, is himself a plea bargainer who had a hand in the alleged crimes Ghosn is accused of, the team said.

Nada, once expected to serve as a key witness against Ghosn in trial, was only relieved of his duties as head of Nissan legal affairs in October, nearly a year after Ghosn’s Nov. 19, 2018 arrest.

Furthermore, Ghosn’s defense maintains Nissan’s audit was not truly independent, because it was conducted with the law firm Latham & Watkins, one of Nissan’s longtime outside legal counsels. Latham & Watkins gave legal advice on the very matters subject to investigation, it said.

Ghosn’s team also claims that the Nissan probe also never asked to interview Ghosn or share its full results with Ghosn or the public.

Central to Ghosn’s defense is the argument that prosecutors illegally conspired with certain Nissan executives and government officials to frame Ghosn in a coup aimed at removing him from power and preventing further integration of Nissan with its French alliance partner Renault.

Ghosn’s lawyers also say that prosecutors illegally handed prosecutorial and investigative powers to Nissan employees, who then assembled evidence against Ghosn at their behest.

Moreover, prosecutors engaged in unfair bias by charging Ghosn, who is non-Japanese, while ignoring admitted wrongdoing by other Nissan executives who are Japanese, the filings allege. Ghosn’s defense team has accused Nissan of not sharing some 6,000 pieces of digital evidence.

Additionally, Ghosn’s counsel had argued, his right to a speedy trial was violated because even more than a year after his arrest, he still has no confirmed start date for a trial.

Indeed, Ghosn’s lawyers have said, the prospect of spending another year or two under strict bail conditions in Japan during a protracted trial is one reason he decided to flee.

The bail restrictions not only prohibited him from leaving Japan, but restricted his Internet and phone access, submitted him to video surveillance and forbade contact with his wife.

Japanese authorities have defended the country’s legal system as fair and said Ghosn bolted from Japan to escape punishment for his alleged crimes.

“Prosecutors indict defendants only when prosecutors conclude that they can establish their case in courts beyond any reasonable doubt,” the Tokyo Public Prosecutor’s Office said in a release. “As a result, Japan has had a history of high conviction rates.”

Ghosn faces four indictments in Japan. The first two are charges of failing to disclose more than $80 million in deferred compensation. The two other counts are breach of trust charges that accuse Ghosn of diverting company money for personal gain.

Ghosn, who denies the entire slate of charges, and had faced up 15 years in prison and a fine of up to 150 million yen ($1.4 million) if convicted on all four counts.

Regarding the first breach of trust allegation, they argue that the financial transactions in question never caused financial loss to Nissan and that Ghosn paid the money back per contract.

Meanwhile, Ghosn’s team has tried to undermine the other accusation, that he siphoned money from Nissan and fed it through business associates in the Middle East in a scheme that allegedly circulated millions of dollars back into the pockets of Ghosn or family members.

Ghosn’s defense counters that Nissan paid the parties in question because they were legitimate payments for business services, such as reimbursement for expenses.

Additionally, the disbursements were fully vetted and approved by multiple senior Nissan executives, including former CEO Hiroto Saikawa, in one case, they say. Finally, defense filings say, none of those Nissan funds were transferred for the benefit of Ghosn or his family.