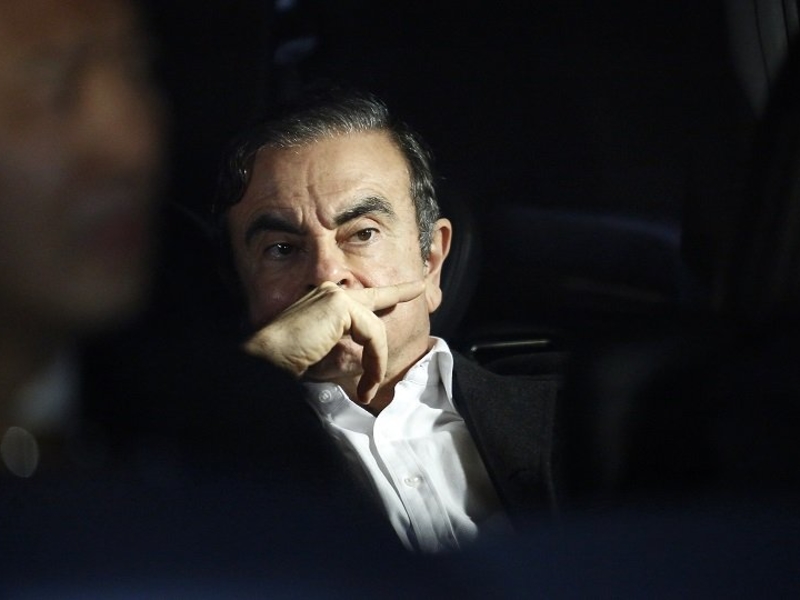 Fugitive ex-Nissan chief Carlos Ghosn’s lawyers opened fire on the automaker on Wednesday, hours before he was scheduled to hold a news conference, accusing it of using a “flawed, biased” internal probe to engineer his arrest.

The international legal team said in a statement that Nissan was trying to prevent Ghosn from more closely integrating the Japanese company and its French alliance partner Renault, which he also formerly headed.

Ghosn’s Japanese lawyers, meanwhile, blocked Tokyo prosecutors from seizing a computer Ghosn had used despite their client having vanished from the country on Dec. 29.

The once-feted executive, who was awaiting trial in Tokyo on charges of financial misconduct and is now in Lebanon which has no extradition treaty with Japan, was allowed to use internet only under his lawyers’ supervision under his bail conditions.

Based on attorney-client privilege, “we refused to allow them access to the (local lawyers’) office and asked them to leave,” said an official with the Tokyo law firm.

Ghosn has said that he fled a “rigged” Japanese justice system after authorities delayed his trial into 2021.

His escape involved slipping away from his Tokyo residence, crossing Japan on a bullet train and being smuggled onto charter jets that delivered him from Osaka to his childhood home of Lebanon via Istanbul.

Ghosn is expected to hold a news conference in Beirut at 10 p.m. Japan time (1300 GMT). He has spoken in his defense in court and issued a video statement of his innocence since his initial arrest in November 2018, but has not spoken openly with reporters or otherwise publicly defended himself.

Ghosn has said he will fight to restore his reputation.

His international lawyers said Nissan “never once” tried to interview the executive or share with him evidence it had accumulated against him.

Turkish and Japanese authorities are investigating how Ghosn was smuggled out to Beirut. Interpol has issued a “red notice” seeking his arrest.

Japanese authorities on Monday issued an arrest warrant for Ghosn’s wife, Carole, for alleged perjury in connection with her husband’s financial dealings.

Carole told French newspaper Le Parisien that Japanese prosecutors were “hoping to put pressure on my husband” ahead of his press conference in Lebanon.

‘Perversion of the truth’

The statement from Ghosn’s legal team seeks to focus attention on his claim that he was the victim of a coup by Nissan executives who opposed giving up more authority to Renault.

Nissan said an internal investigation found that Ghosn had engaged in personal use of company money and had under-reported his income in violation of Japanese law.

Ghosn’s lawyers said Nissan’s claim of “a robust, thorough internal investigation” is a “gross perversion of the truth.”

The investigation “was initiated and carried out for the specific, predetermined purpose of taking down Carlos Ghosn to prevent him from further integrating Nissan and Renault, which threatened the independence of Nissan,” the lawyers wrote.

Ghosn has denied all charges against him, saying he was the victim of “backstabbing” and “conspiracy” by Nissan executives.

Ghosn’s legal team also accused Nissan of allowing Hari Nada, an executive “whose own conduct was the subject of the investigation”, to run the probe of Ghosn.

The statement also charged that Latham & Watkins, the law firm that assisted Nissan’s investigation, was not independent because it has long acted as outside counsel for the company.

Saikawa resigned last year after admitting he had been overpaid in violation of internal procedures.

Nissan said it had no further comment its Tuesday statement.

In the past, the automaker has said it cannot comment on the specifics of the investigation since the company itself was also the subject of a criminal investigation.