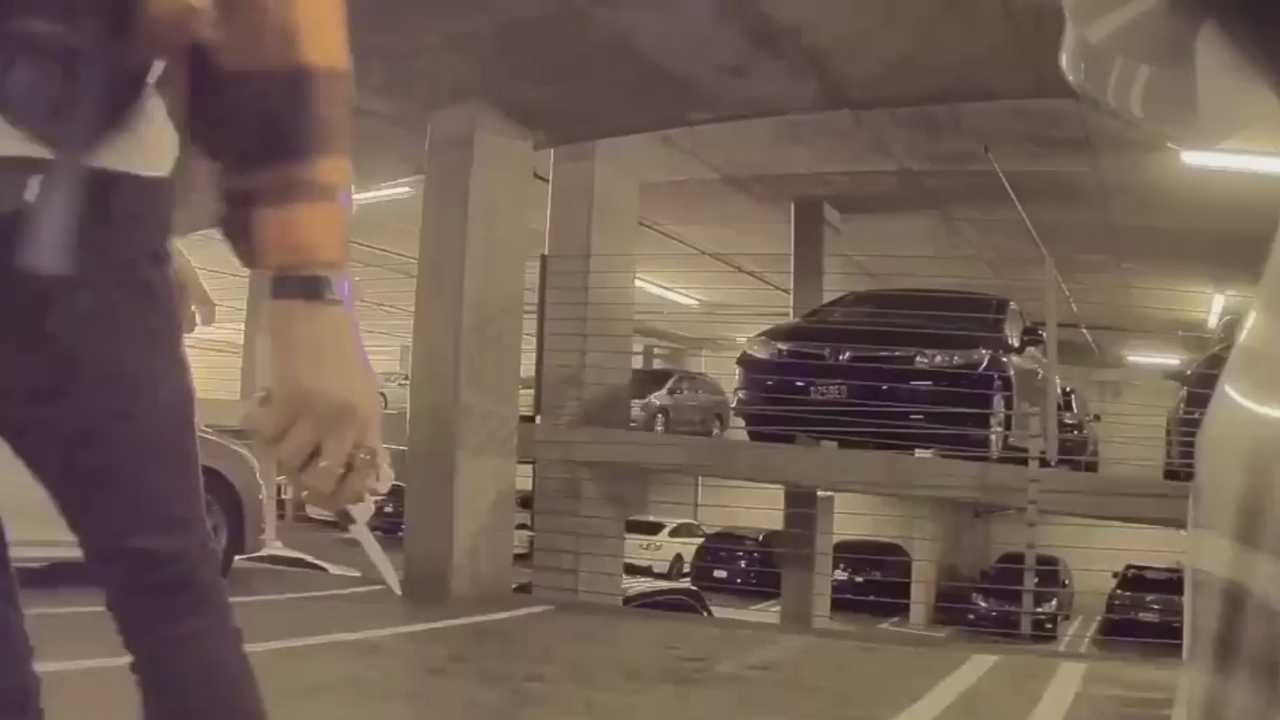 We have seen people a variety of things to Tesla cars: kick, spit on, swear, jump in, throw coins, coal roll, and key them.  But we did not think we would ever see an EV get stabbed. Well, John Tran’s Model 3 Performance was, and he now wants to find who did this.

According to Tran, this man was in his apartment’s parking lot and attacked his car’s front right side tire with a knife. It all happened in Irvine, California, on December 29, 2019. The Irvine Police Department already has the footage and the license plate of the car in which he supposedly was. Tran says it was an Audi A6, as you can see in his Facebook post below.

When we watch the video, we see the man that attacked Tran’s car tire move towards the left of his Tesla. The Model 3 then flashes its headlights to warn that Sentry Mode is filming. This is a feature of Sentry Mode that many owners now ask Tesla to deactivate, such as this one in Catalonia. That because this flashing calls people’s attention. If they do not want to be filmed, like the guy that attacked Tran’s car, it may result in problems.

In this case, it seems the man was just passing to do something. We are not sure if a good or a bad thing, but you do not carry a big switchblade in your back pocket just for protection. Try pepper spray instead.

When he realized he was being filmed, he got back. Instead of just giving up whatever he had to do, he apparently has decided to avenge his unwanted filming with a tire laceration.

Tran posted his help request on Facebook on January 5, and he seems not to have found the person that damaged his car so far. In case you happen to know who he is, contact the Irvine Police Department. Perhaps they will convince the man to leave a polite note instead of slashing tires.