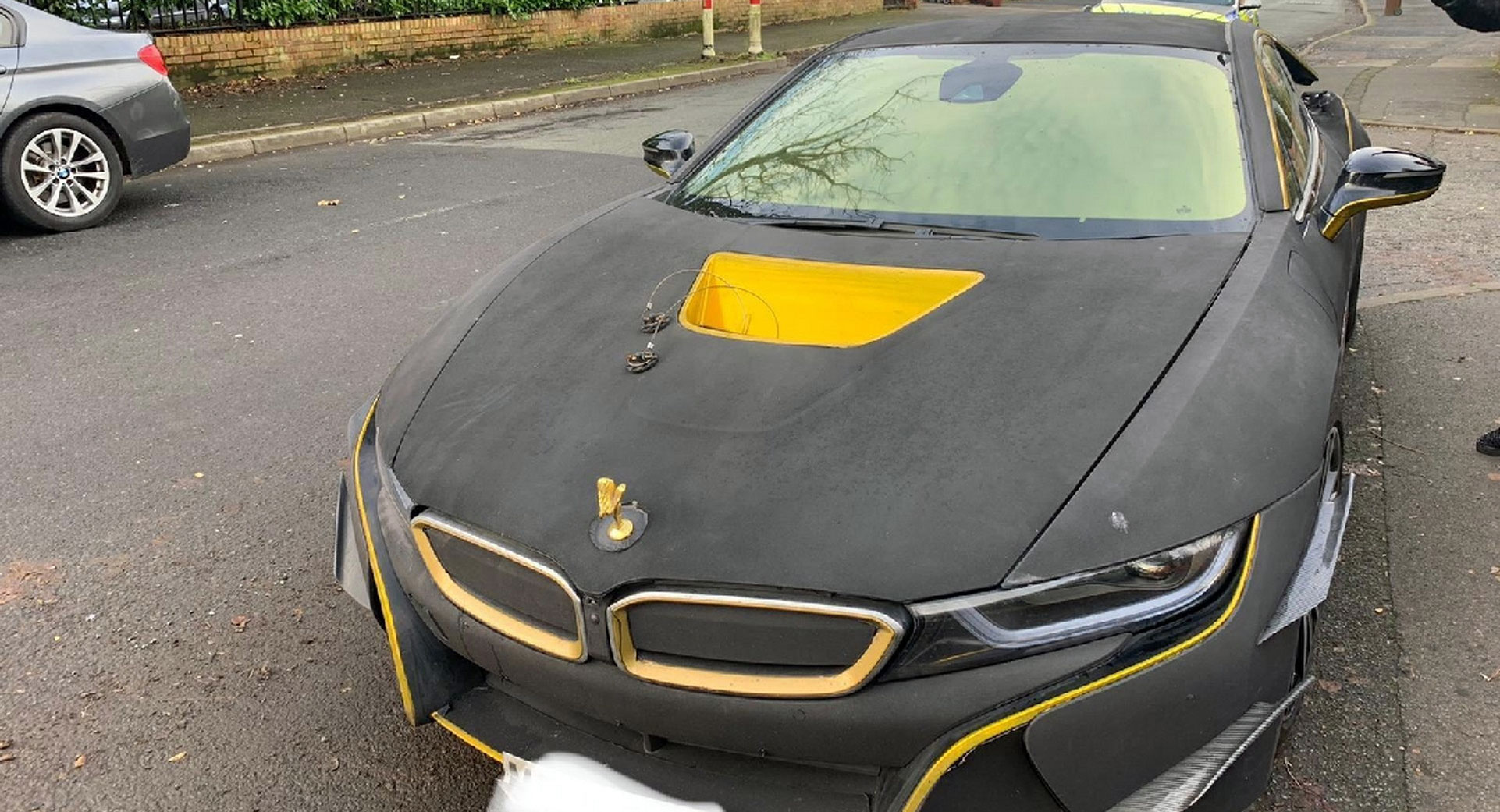 We thought the trend of wrapping exotics in velvet had died out a few years ago but, as this photo shows, we were wrong.

This image shared by the Greater Manchester Police (GMP) shows a BMW i8 in the city of Manchester that’s been adorned with such distasteful exterior modifications that it beggars belief. The driver was also cited – albeit, not for bad taste, but according to police, because “Body work embellishments likely to  cause injury. Crack to windscreen”.

The vast majority of the hybrid sports car’s exterior is clad in black velvet, including even the intricate front bumper. To give the i8 a splash of color, the owner has had some areas finished in yellow velvet, including accents on the front bumper, down the sides of the vehicle, and in the large hood vent. Other alterations made include gold front kidney grille surrounds and a Rolls-Royce-like hood ornament. There are also some carbon fiber canards on either side of the bumper and the windows appear to feature a gold-colored tint.

Related: BMW i8 Production Reaches 20,000 Units, Will End In April After Six Years

One particular oddity of the car are the two latches on the hood that appear to have wires running into the bright yellow vent. Some Redditors believe that these are decorative hood pins while others think they are GoPro mounts. Whatever the case may be, they make this strange-looking BMW i8 look even weirder.

We always find it entertaining to see people tune their cars but… velvet on a BMW i8? Seriously now? 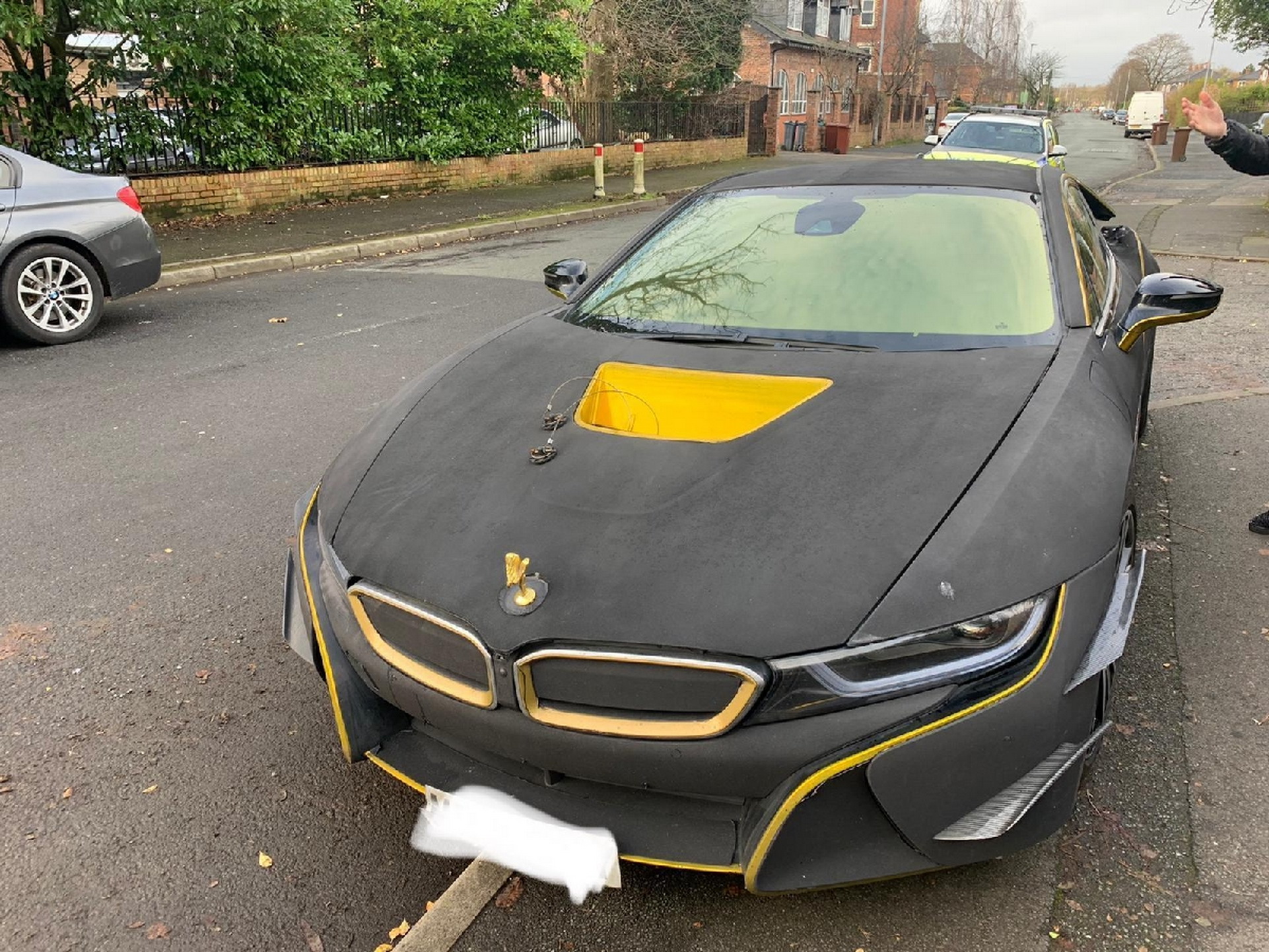