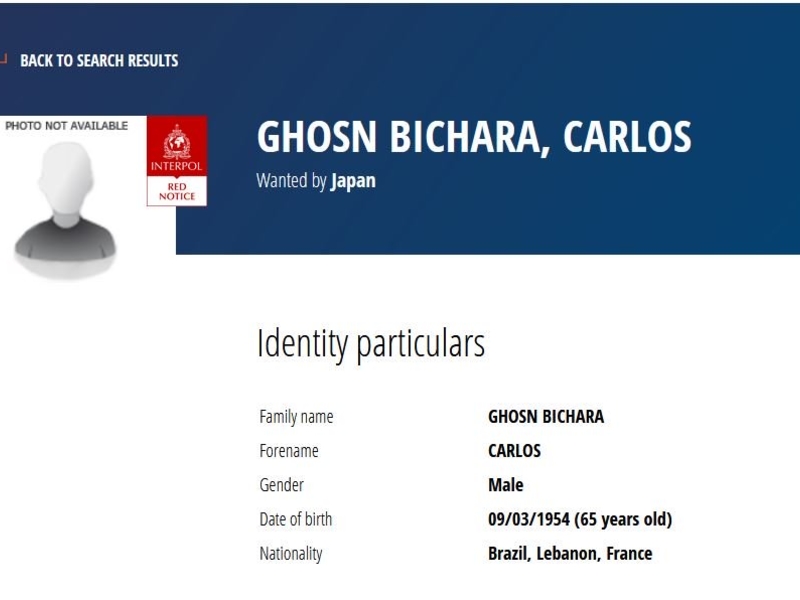 Carlos Ghosn may be the world’s most famous fugitive, with his picture in newspapers around the globe, but that doesn’t mean Interpol could find a photo of him for the “Red Notice” they added to their website.

In the hours before the former Nissan CEO held a press conference to defend himself to a packed room of international journalists in Beirut, Lebanon, Interpol posted an entry for “Ghosn Bichara, Carlos” with a blank, gray silhouette in place of his now-famous visage.

Ghosn is accused of financial misconduct by Japanese prosecutors, charges he has consistently rejected since his November 2018 arrest. He fled by private jet to Lebanon to escape what he today called his status as a “hostage” of the Japanese legal system.

The Red Notice says he is “Wanted by Japan” and discloses his age, gender, nationality, languages he speaks and the charges against him. Interpol has about 62,000 valid Red Notices, of which about 7,000 are public.

As Interpol stresses, “a Red Notice is an international wanted persons notice, but it is not an arrest warrant,” meaning Ghosn, a Lebanese citizen, is likely safe as long as he remains in the country. The international agency didn’t respond to an email seeking comment.