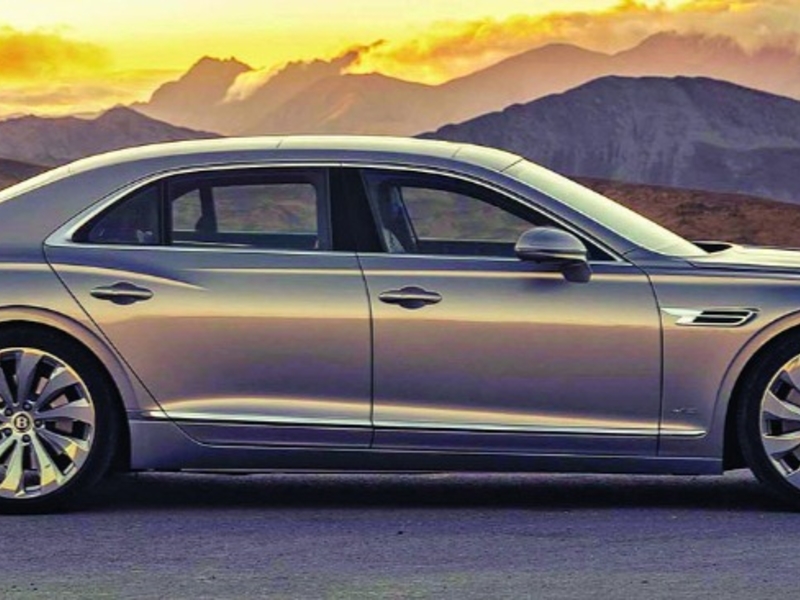 With its redesigned Flying Spur, Bentley hopes to challenge the popular Maybach and AMG versions of the Mercedes-Benz S-class upper- premium sedan.

Bentley will tout that the Flying Spur provides more luxury than the Maybach and more sporting prowess than the AMG.

The 12-cylinder Bentley has a maximum output of 626 hp. It can accelerate from 0 to 60 mph in 3.7 seconds and boasts a top speed of just above 200 mph. Bentley claims it’s the world’s fastest sedan.

The Volkswagen Group subsidiary also plans to add V-8 and plug-in hybrid variants of the car, but no timetable has been given.

The Flying Spur has been closely associated with Bentley’s better-selling Continental GT coupe since the sedan’s nameplate was revived in 2005. But Bentley has tried to make the new-generation Spur stand out from its sportier sibling.

The predecessor Flying Spur “was a bigger brother of the GT, with four doors,” Bentley head of design Stefan Sielaff told Automotive News Europe. “With the new car, we wanted more differentiation. For example, the car has a much more prominent grille with upright vanes.”

The Flying Spur is also the first Bentley to get four-wheel steering, giving it a tighter turning radius at low speeds and more poise at high speeds.

It comes with a retractable version of the Flying B hood ornament, which can be lowered via the touch screen or a remote.

Most of the technology is shared with the Continental GT, including the optional rotating display panel in the dashboard that offers three selections: a 12.3-inch touch screen, a trio of analog dials or a pure wood veneer.

The Flying Spur’s blend of traditional leather-and-wood luxury, top performance and up-to-date VW Group technology gives Bentley hope that the car will become as popular as its two biggest sellers: the Continental GT and the Bentayga SUV.

The Mulsanne remains Bentley’s flagship sedan, but the Flying Spur could achieve a level of success that the brand has lacked under VW Group ownership.

“The upper-premium sedan sector is in decline but is still huge,” said Peter Guest, product line director for the Continental and Flying Spur. “We only need a tiny portion of that to be successful.”