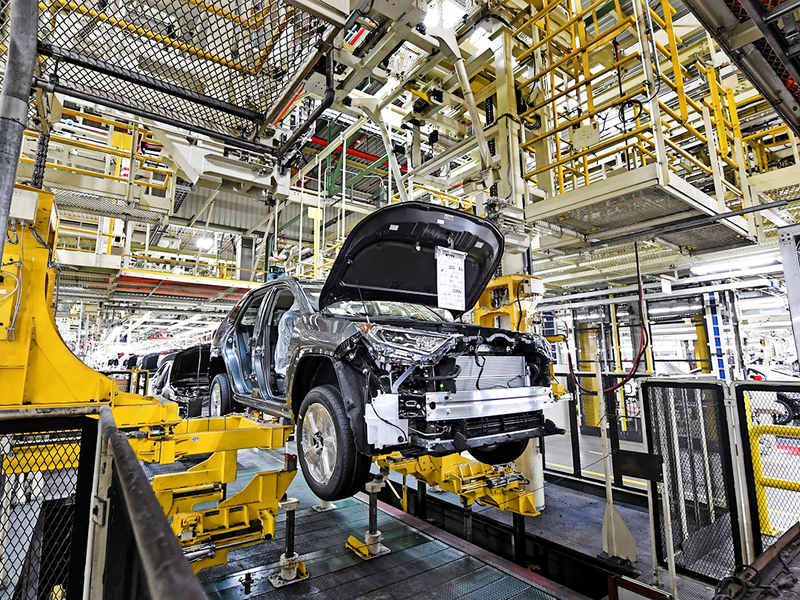 The plant in Georgetown, Ky., Toyota’s largest in the world, is known for producing the Toyota Camry and now builds four electrified vehicles, including the Avalon Hybrid, Camry Hybrid and Lexus ES 300h, Toyota said in a release.

“We are excited to see the past nine months of preparation come to life with the completion of our first Kentucky-built 2020 RAV4 Hybrid,” TMMK President Susan Elkington said in a statement.

Toyota’s global goal by 2025 is to offer an electrified option — hybrid, plug-in, fuel cell or battery-electric — on all Toyota and Lexus models.

TMMK has more than 8,000 full-time employees and more than 9 million square feet of floor space.