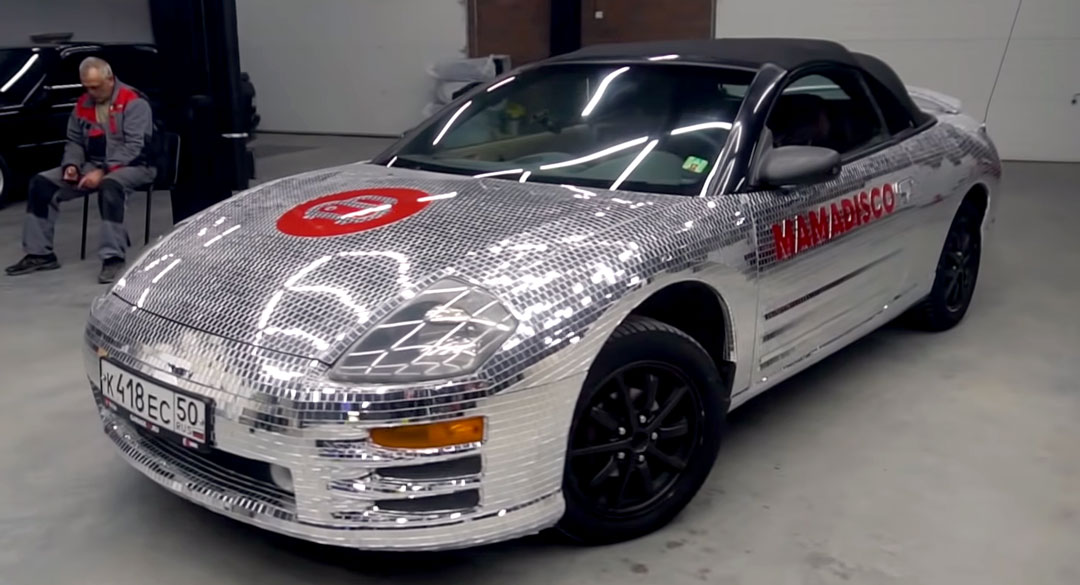 Being a mechanic at a car workshop in Russia is far from a boring job, especially if you’re employed by the Youtube-famous Garage54.

Imagine you’re doing an oil change on a Lada and suddenly your boss walks in and assigns you the tedious job of sticking 65,000 tiny mirror tiles on the curvy body of a third-generation Mitsubishi Eclipse. Yes, that can happen.

Actually, it did happen to some poor souls. As Garage54’s video documents, the painstaking operation of applying 65,000 tiny mirrors on the sports car’s body took four weeks. That’s actually shorter than we expected given the quality of the build and the fact that most of the work was done by hand, including smoothening out and cleaning the body panels before turning the car into a disco ball on wheels.

We imagine (or rather hope) this car will be used as a promotional vehicle for a discotheque, given the “Mamadisco” stickers on the sides. Of course, this being Russia, it’s entirely possible the owner actually plans to drive this thing and stand out among other road users. The problem is they would do more than just stand out.

Having 65,000 mirrors applied to your car can’t possibly be road legal. Whether on a sunny day or at night, coming across this Mitsubishi Eclipse will likely have the same effect as looking at an actual solar eclipse without using special eye-wear: you’ll go blind.

That doesn’t mean we don’t appreciate the awesome work these guys put into the project. We just hope the Eclipse disco car will remain where it belongs: parked in front of a disco for partygoers to admire.