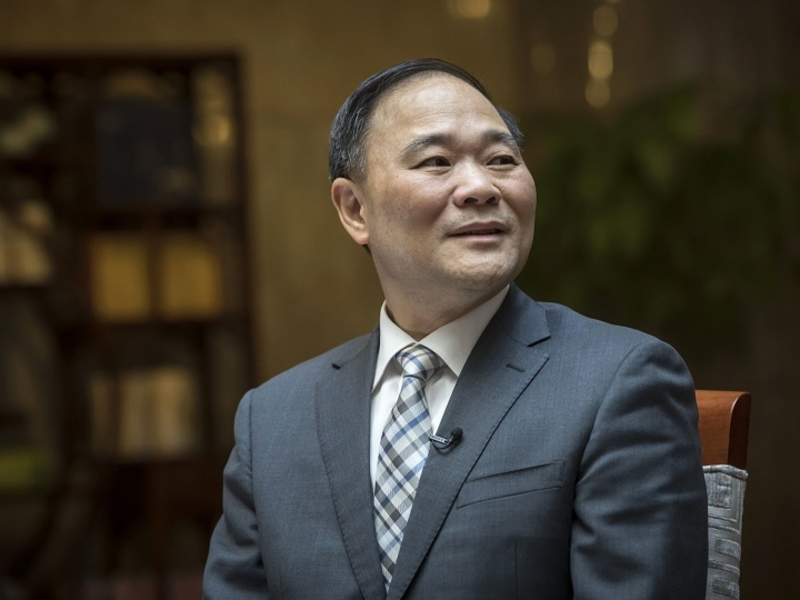 When auto tycoon Li Shufu emerged as a suitor for Volvo Cars a decade ago, few outside China had heard of him. Now the billionaire’s name pops up as soon as there is a whiff of a deal in the industry.

Not only did Li’s Zhejiang Geely Holding Group snap up Volvo in 2010, he made the acquisition work and followed up with purchases of Lotus Cars, London’s iconic black cabs and a stake in Daimler. This week, Geely emerged as a potential investor in Aston Martin, and last year was approached by the parent of Jaguar Land Rover for a potential tie-up.

Li’s track record of making deals succeed puts Geely in the driver’s seat in Asia as automakers seek combinations to prepare for turbulence ahead. The industry is facing a tectonic shift toward electrification, self-driving vehicles and mobility services, which are crimping demand for individual car purchases and squeezing out weaker players.

“Li Shufu believes the industry doesn’t need so many players in the future,” said Shi Ji, an analyst with Haitong International Securities Co. in Hong Kong. “Geely’s success with Volvo has made it more confident that it can develop faster via mergers.”

Li cemented his reputation as a savvy dealmaker by reviving Volvo Cars in the face of widespread industry skepticism. He gave the Swedish manufacturer’s engineering team the resources to invest in new models. At the same time, he lowered Volvo’s high costs by jointly developing vehicle underpinnings with Geely, while building a plant in lower-cost China for exports to markets including the U.S.

“Chinese entrepreneurs see global acquisitions as a fast track of growing their business,” said Xu Haidong, an assistant secretary general of China Association of Automobile Manufacturers. “Geely has demonstrated to the world that they can make it work.”

More acquisitions and discussions around the globe ensued. Last year, Geely was approached by the owner of Jaguar Land Rover for a deal over the beleaguered British luxury business, following an earlier reported interest in Alfa Romeo and Maserati (something the company denied).

“Traditional Chinese companies are strong in the manufacturing, processing side of business and not so much on branding, technology and business model,” said Thomas Fang, a partner and Greater China vice president at Roland Berger in Shanghai. To realize its vision of becoming a comprehensive mobility-service provider, “Geely needs to make best use of its acquisition and integration capabilities.”

It recently emerged that Geely held preliminary discussions about a possible investment in Aston Martin. Geely is primarily interested in a technology-sharing deal that could benefit businesses such as Lotus, according to people familiar with the matter. Geely, based in the city of Hangzhou near Shanghai, declined to comment.

“The historical trend of economic globalization is irreversible,” Li said in a speech earlier this month. Geely should “work together with international partners” to “seize the technological commanding point through collaboration and sharing.”

Li’s investments have prompted other Chinese carmakers to try to emulate his strategy. Beijing Automotive Group Co. bought a 5% stake in Daimler in July and is considering lifting its holding in the Mercedes-Benz maker to as much as 9.9%, people familiar with the matter said last month. Dongfeng Motor Corp. acquired a 12% holding in Peugeot maker PSA as part of a 2014 deal.

A key driver for Geely’s expansion is Li’s vision to transform the conglomerate from a carmaker into a provider of transport services. Geely has developed car-sharing services by itself as well as with Daimler, while also making futuristic bets on flying taxis and high-speed trains.

In September, the carmaker led an investment round in air-taxi provider VoloCity, aimed at helping the service launch commercially within three years. In 2018, Li’s company signed an agreement with state-owned China Aerospace Science and Industry Corp. to build supersonic trains using homegrown technology.

“Geely is striving to become a comprehensive transportation solutions provider,” rather than just an original equipment manufacturer, said Bill Russo, head of consulting firm Automobility Ltd. “They are leveraging an inorganic approach to accelerate their development, and are doing it far better than most traditional OEMs ever have.”

VW “Half-track Fox” restored and rebuilt after 60 years
Mazda, Subaru, Chevy-Buick and Nissan dealerships sell in four states
China’s chipmaking industry helped by U.S. sanctions
Spin commits up to $2 million to micromobility research at universities
I was going to wait to get an EV, but the time to switch is now