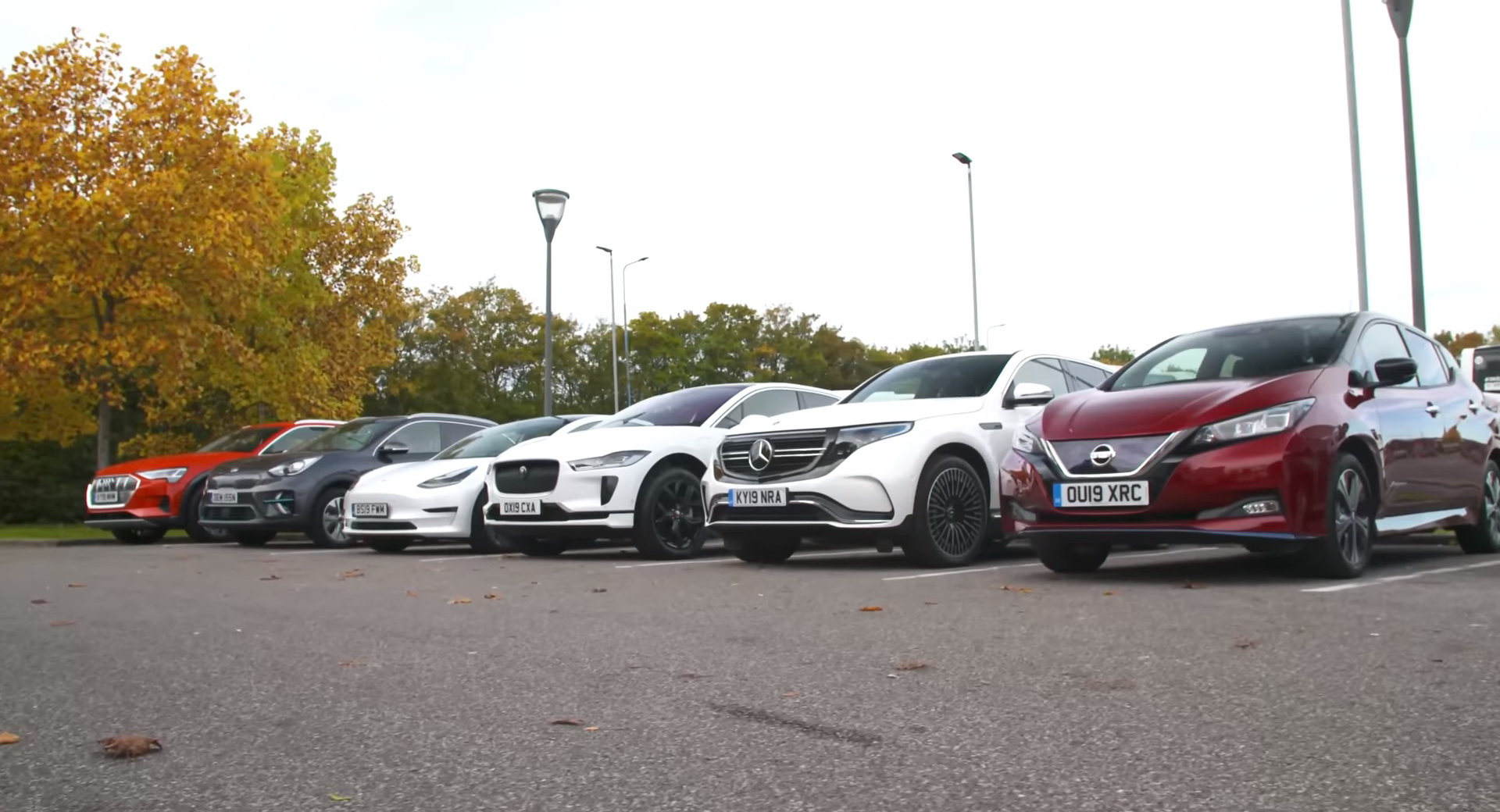 Carwow has gathered six of the latest electric cars available in the market today to find out just how many miles can they squeeze out of their batteries.

One of the biggest topics surrounding electric cars is of course their driving range, which can differ quite a lot from the official figure we’re getting either from the WLTP or the EPA, depending on which side of the Atlantic you’re on.

Related: Hummer Is Returning As An Electric Pickup By GMC, Could Be Announced At Super Bowl

Ambient temperature is one of the most crucial factors for an EV’s battery pack, with the general rule of thumb saying the colder the environment the bigger the impact on the vehicle’s driving range. And since this is winter in the UK, it’s safe to expect that no car in this comparison to reach near its official driving range figure.

The participating models are the Nissan Leaf, Kia e-Niro, Audi E-Tron, Jaguar I-Pace, Mercedes EQC and of course a Tesla Model 3 in its Long Range variant. All cars were driven on the motorway with their cruise control activated at the speed limit and their climate systems set at the same temperature to replicate the conditions as much as possible.

Apart from finding out how many miles can you drive with each of these electric cars, Carwow also wanted to see what would happen once the battery reached zero capacity. Of course to avoid being left stranded in the middle of nowhere, each driver took their car near a charging station when the remaining range dropped to single-digit numbers.