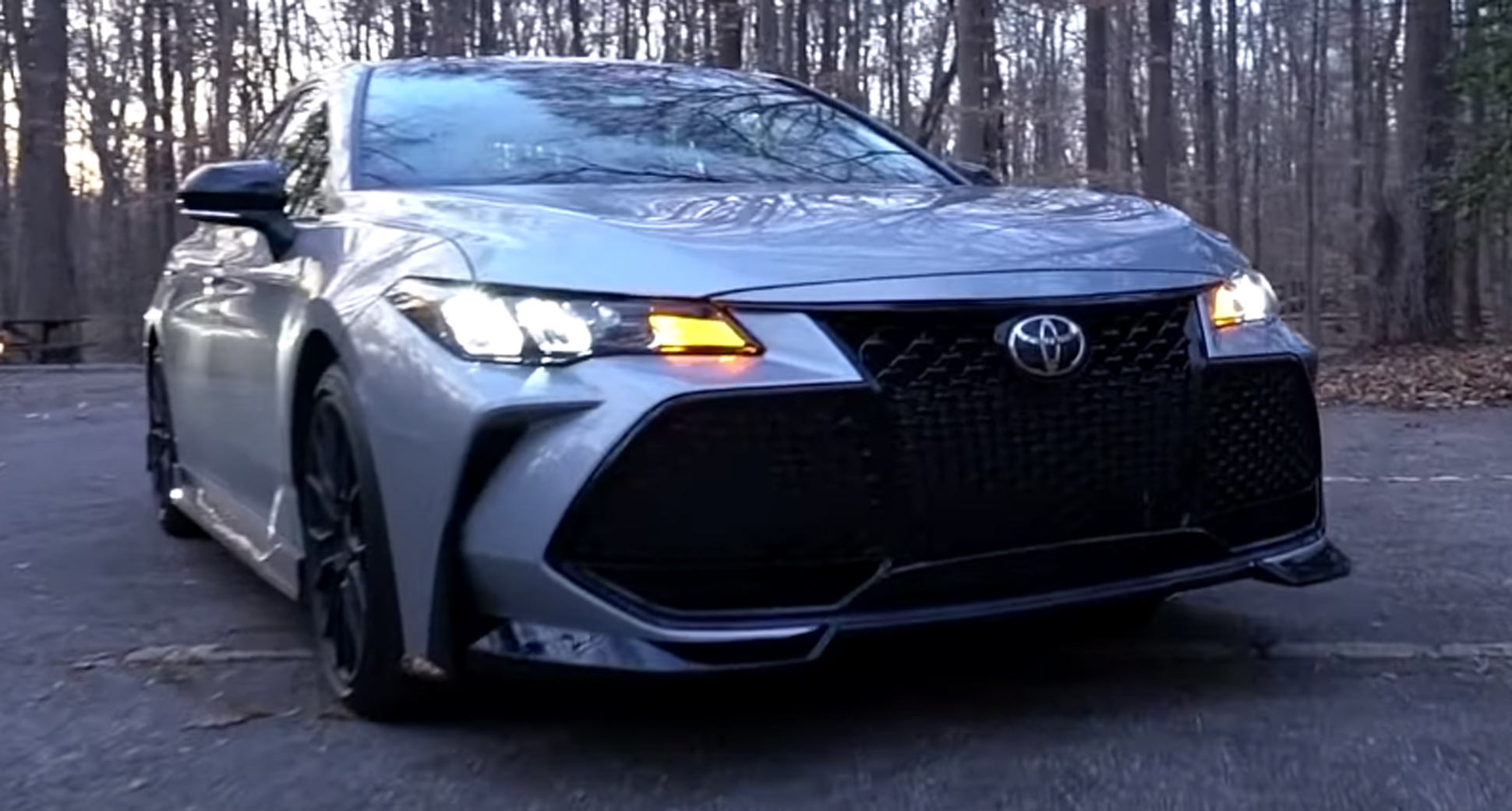 Toyota’s range is no longer dominated by boring, bland, and uninspiring cars like it used to be, and the 2020 Avalon TRD is certainly one of the most ‘out-there’ performance cars the carmaker produced in recent memory.

The sedan, introduced last year, is powered by a naturally-aspirated 3.5-liter V6 engine also found in the Camry TRD and churning out no less than 301 hp. As Redline Reviews recently discovered while behind the wheel of the potent Avalon, this engine is an absolute firecracker and, working alongside a new exhaust system, also sounds rather pleasant.

Read More: 2020 Toyota Avalon TRD Pricing Is Out And It Isn’t A Bad Deal

It’s not just the engine that makes the Avalon TRD something a little special as it also features a retuned suspension system that includes new shock absorbers and lowering springs to drop the ride height by 0.6 inches (15 mm). A beefed-up braking system that includes 12.9-inch (328-mm) front discs with twin-piston calipers is also featured. As an overall driving package, the car looks to knock it out of the park.

Then comes the looks. Adorning the sedan is an ultra-aggressive bodykit dominated by a gaping wide blacked-out front grille which, unfortunately, is mostly blocked off and not actually functional. Other unique parts of the car include the black TRD wing, a black trunk lid spoiler, extended side skirts, a rear diffuser, and two large tailpipes. There’s also some TRD badges.

All of this comes at a cost. Prices for the 2020 Avalon TRD start at $42,300 excluding a destination charge of $955, making it roughly $12,000 more than the Camry TRD with the same engine and similarly striking looks.