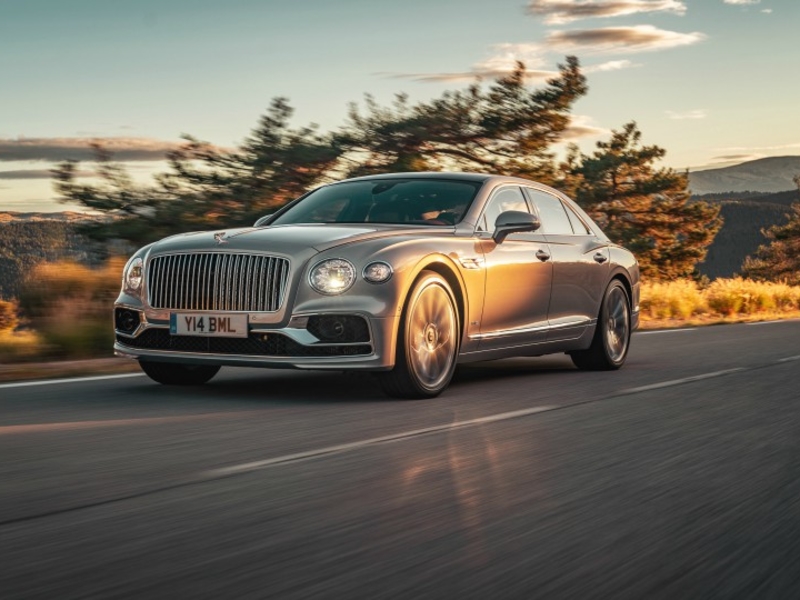 With the new Flying Spur, Bentley is fighting back against the popularity of Maybach and AMG versions of the Mercedes-Benz S-class upper-premium sedan. Bentley says the Flying Spur provides more luxury than the Maybach and offers more sporting prowess than the AMG in one car.

The UK-based, Volkswagen Group subsidiary also plans to add V-8 and plug-in hybrid variants of the car but no timetable has been given.

The close relationship between the Flying Spur and the better-selling Continental GT has existed since the sedan’s nameplate was revived in 2005. For the new generation, however, Bentley has tried to make the sedan stand out more from its sportier sibling.

“The predecessor was a bigger brother of the GT with four doors. With the new car, we wanted more differentiation,” Bentley head of design Stefan Sielaff told Automotive News Europe. For example, the car has a much more prominent grille with upright vanes.

The Flying Spur is also the first Bentley to get four-wheel steering, giving it a tighter turning radius at low speeds and more poise at high speeds. It comes with a retractable version of the Flying B hood ornament, which can be lowered via the touchscreen.

Most of the technology is shared with the Continental GT, including the optional rotating display in the dashboard with three possibilities: a 12.3-inch touchscreen, a trio of analogue dials, or the so-called “digital detox” face of pure wood veneer.

About 90 percent of Continental GT customers have paid extra for the feature, Bentley said.

The Flying Spur’s blend of traditional leather-and-wood luxury, crushing performance and up-to-date VW Group technology gives the brand hope the car will become as popular as its two biggest sellers: the Continental GT and the Bentayga.

The Mulsanne remains Bentley’s flagship sedan, but the Flying Spur could achieve a level of success it has so far lacked under VW Group ownership.

“The upper premium sedan sector is in decline, but is still huge,” said Peter Guest, product line director for Continental and Flying Spur. “We only need a tiny proportion of that to be successful.”

Technology: Touchscreens mounted to the seat in front feed rear passengers information from the car and the outside world via apps. A handheld remote with a smartphone-like interface gives them control of the seats, blinds, temperature and even whether to lower the Flying B on the hood.

Handling: The previous Flying Spur had full-time four-wheel drive, but the new sedan operates in rear-wheel drive until it detects slip, at which point power is sent to the front wheels, too. Active roll-control uses a 48-volt system to decouple the car’s rollbar to provide maximum comfort when driving in a straight line. The rollbar is re-engaged in corners to reduce body roll.

Weight loss: The switch to aluminum instead of steel for the new Flying Spur reduces the weight of the body-in-white by 150 kg compared with the previous-generation model.