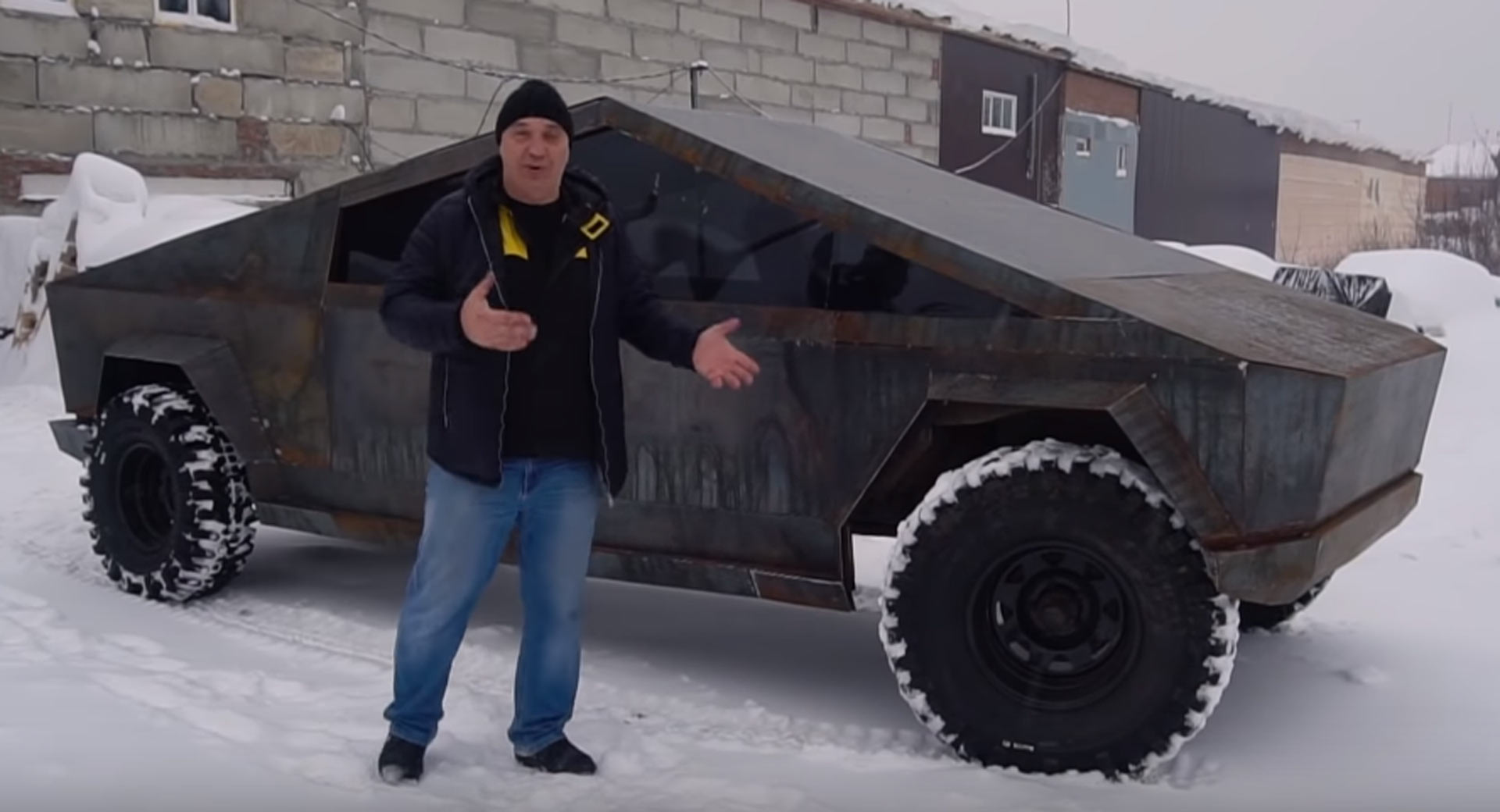 The world’s fascination with the Tesla Cybertruck continues and the latest replica has just emerged out of Russia.

This Cybertruck started out as a Russian UAZ that the Garage54 YouTube channel in question covered in concrete not too long ago. With all of that concrete drilled away, work begun on modifying the frame of the UAZ that would allow it to support the new body.

Another One: Someone In Russia Has Made A Functional Tesla Cybertruck Replica

To say the design of the Cybertruck has been controversial would be an understatement. It is dominated by extremely simplistic angular lines and flat surfaces and appears incredibly easy to replicate. In order to mimic the design of Tesla’s all-electric Ford F-250 rival, Garage54 constructed a steel frame around the chassis of the UAZ.

A pair of craftsmen then set about cutting pieces of sheet metal and welding them to the frame. It all looks rather simple and would be quite easy to do at home if you have some good experience with cutting and welding steel.

One of the areas of the Cybertruck that Tesla is particularly proud of are the supposed ‘armored’ windows (which during the presentation proved anything but). As this replica was built on a budget, it doesn’t feature such glass panes and instead just has some sheets of thin clear plastic. Completing the build are a set of beefy off-road wheels and tires just like the real Cybertruck.

Tesla probably didn’t think the Cybertruck would inspire so many knock-offs but these builds are certainly generating some free publicity for the automaker and as its recent stock performance shows, that can only be a good thing.