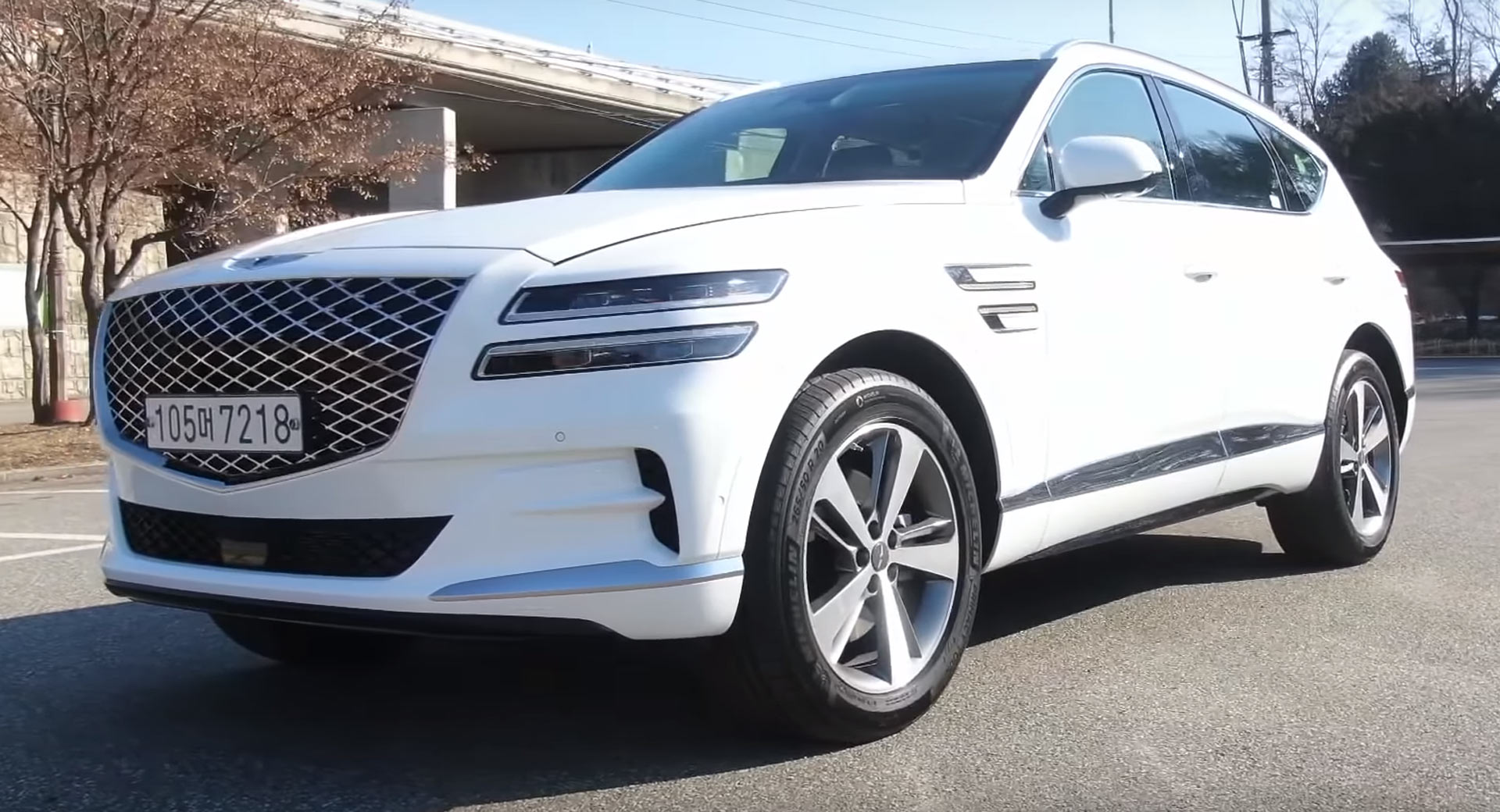 Just a few days after being unveiled, the 2021 Genesis GV80 (North America is believed to get it as a 2021MY) has landed in the hands of journalists in South Korea.

While only a few of the video reviews of the SUV below are in English, they all provide us with a comprehensive look of the GV80 that is expected to go head-to-head with BMW’s X5, Audi‘s Q7, Mercedes-Benz‘s GLE and the mid-size luxury segment’s best seller, the Lexus’ RX .

In South Korea, the GV80 will initially be sold with a 3.0-liter straight-six turbo-diesel engine delivering 274 hp (278 PS / 207 kW) and 434 lb-ft (589 Nm) of torque coupled to an eight-speed automatic transmission. Interestingly, rear-wheel drive comes as standard on the GV80, but all-wheel drive with a Multi-Terrain Control system featuring sand, mud and snow modes is an option – again in South Korea, so we’ll have to wait and see what Genesis plans include for other markets.

Soon, two petrol engines will be added to the range. The entry-level petrol engine will be a turbocharged 2.5-liter four-cylinder with 300 hp and 311 lb-ft (422 Nm) of torque. Sitting above it in the family will be a 3.5-liter turbocharged V6 with an impressive 375 hp and 390 lb-ft (530 Nm). Those figures apply for the South Korean model.

Many of the video reviews featured offer up a detailed look at the cabin of the GV80 that will be offered with both two- and three-rows of seats. That’s fitting because as good as the powertrains on offer are and as striking as the SUV looks from the outside, it’s perhaps the cabin that’s the real headline.

Sitting in the center of the dashboard is a huge 14.5-inch widescreen infotainment system that’s slimmer than any other we know of currently on the market. This display is operated through an intriguing touch-sensitive control pad in the center console that supports handwriting recognition software. Another highlight of the interior is an incredibly detailed 3D parking assistant system.

The Genesis GV80 is launching in South Korea this month. Dates about its arrival in other markets have yet to be announced, but the Hyundai-owned luxury brand has said that worldwide sales will follow later this year. It’s speculated that pricing in the U.S. could start from just under $50,000 and hit $60,000 for the top end model.