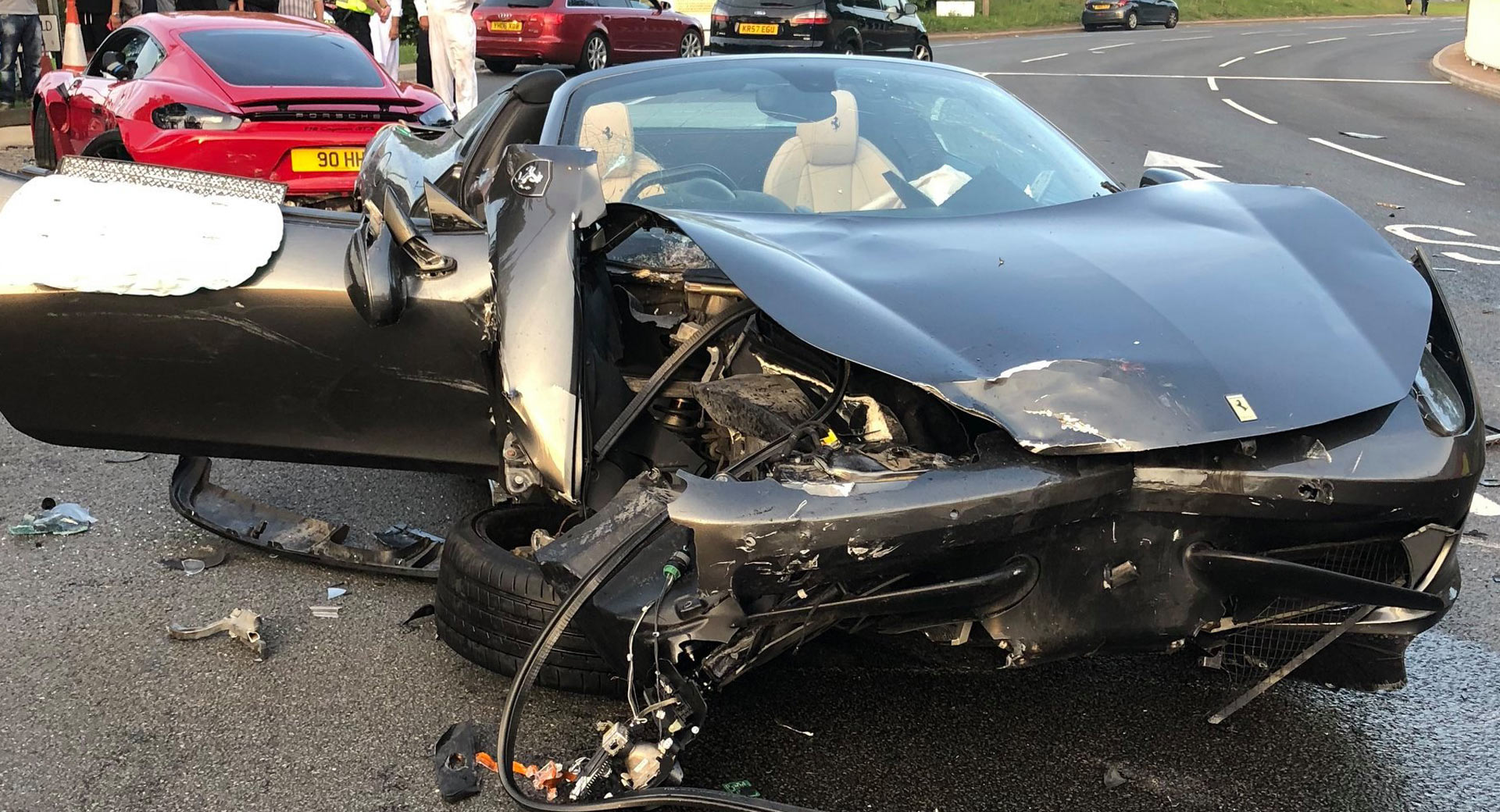 A pair of exotic car owners have been handed suspended jail terms in the UK for a May 20, 2018 crash involved a Ferrari 458 Spider and Porsche 718 Cayman GTS. At the time, witnesses had told police that the duo had been driving “racing style” before the accident.

The driver of the Ferrari, 32-year-old Carl Hartley, crashed into the Porsche 718 being driven by 27-year-old Henry James Hibbs at a roundabout. Hartley, the exotic car dealer behind Tom Hartley Jnr, fled the scene but later identified himself to police.

Speaking with authorities in the investigation into the crash, Hartley claimed that the brakes on his 458 Spider had failed and triggered the collision. According to the South Yorkshire Police, the airbag of the Ferrari was analyzed and it was revealed that it had deployed at 68 mph (109 km/h) despite the road where the crash occurred having a 50 mph (80 km/h) limit. Authorities also failed to find any evidence of a faulty braking system. 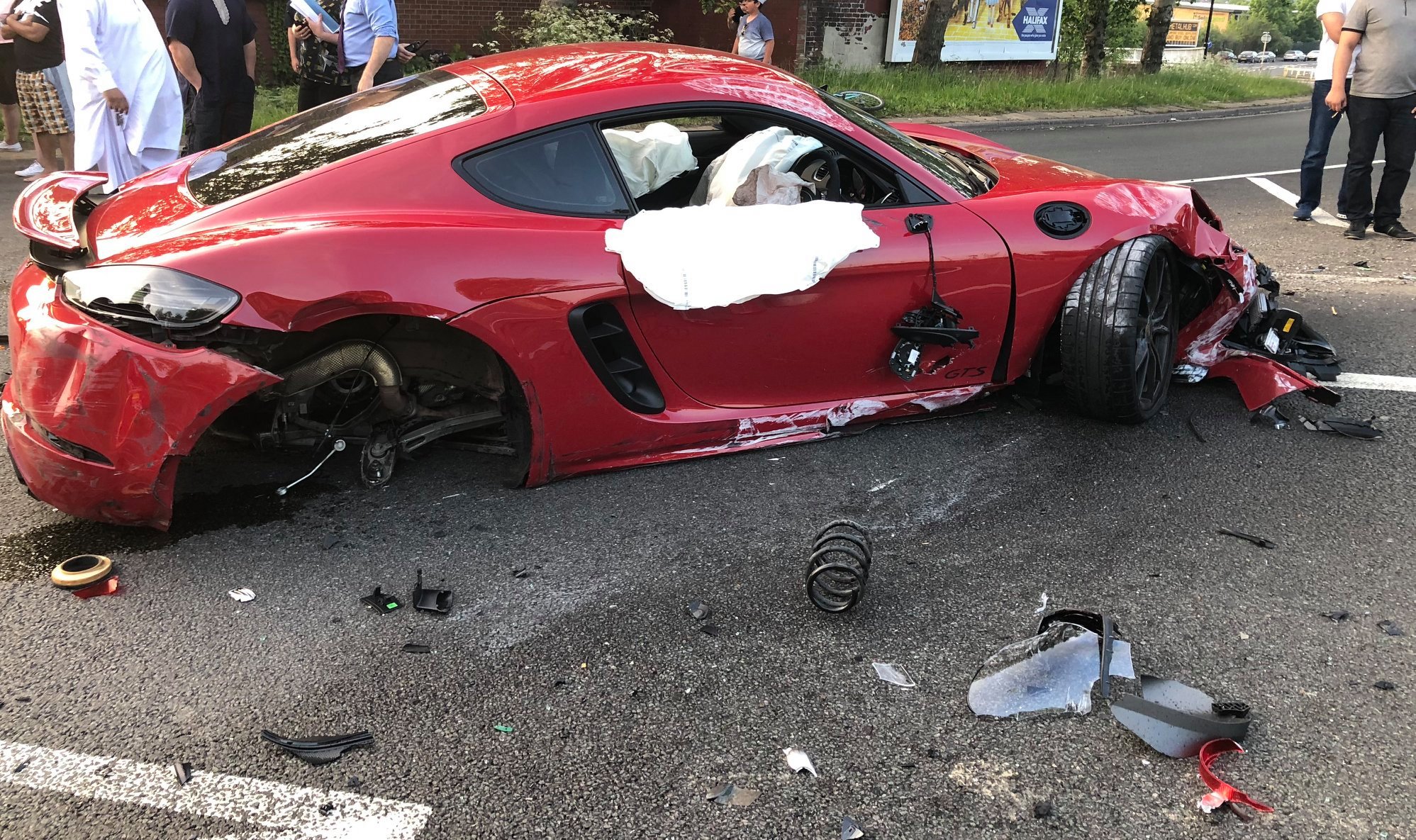 Instead, police spoke to various witnesses who claimed the two cars were being driven in a “dangerous” and “unsafe” manner prior to the crash.

Hartley pleaded guilty at the start of the trial into the crash on November 2019 and last week, was sentenced to nine months in prison (suspended for 24 months) and ordered to complete 200 hours of unpaid work. He has also been disqualified from driving for two years, ordered to pay £1,400 ($1,821) in costs and will need to take an extended test before returning to the roads.

Hibbs pleaded not guilty to dangerous driving but the jury found him guilty. He was sentenced to ten months in prison (also suspended for 24 months) and ordered to fulfill 220 hours of unpaid work. He has also been disqualified from driving for two years and will have to pay £4070 ($5294) in costs.