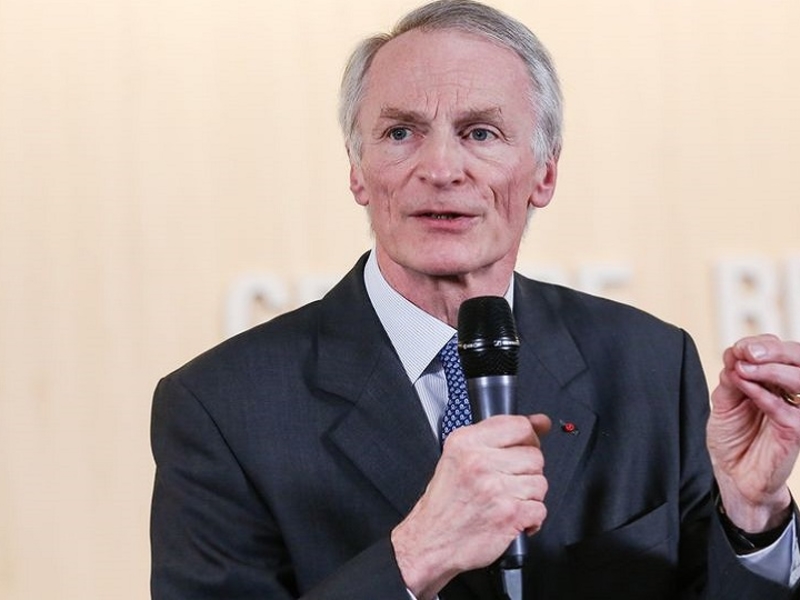 PARIS — Renault Chairman Jean-Dominique Senard has dismissed talk of changes in the shareholding structure of the alliance with Nissan, saying any modifications could come after the automakers have turned their struggling operations around.

“It’s not a priority,” he said Wednesday in an interview with Bloomberg from Davos, Switzerland, adding that strengthening industrial cooperation between the partners and coming up with a coordinated response to the shift to electric cars are more urgent.

The future of the partnership was thrown into turmoil over the past year after the arrest of Carlos Ghosn, who led both automakers and headed the alliance that also includes Mitsubishi Motors.

Following a change in top management last year at Nissan and the naming of a new CEO at Renault “in the coming days,” Senard said prospects for the venture are improving, without the need for tinkering with the difficult cross-shareholding structure.

Ghosn held the partnership together for years despite a lopsided relationship favoring Renault that was put in place when Nissan was in financial difficulty. The French automaker owns 43 percent of Nissan, with full voting rights, while the Japanese company holds only a 15 percent stake in Renault and lacks the ability to vote its shares.

Senard has said the structure could evolve in the future.

“Nothing is fixed for eternity,” he said in a separate interview on Wednesday with CNBC. “One day in the future, if things are settled and rebalanced, why not? It’s not the priority. It’s not at the center of discussions.”

Asked whether Renault could sell down its stake in Nissan, he replied that “it’s probably not the right timing in terms of the price of the shares. It could come some day.”

The chairman also pushed back on the possibility of more partners for the alliance. “We’re not hunting, because we have many things to do, but in the future people might start hunting again within the alliance.”

The board of the alliance will decide on new, common projects at a meeting this month, and the partnership is moving toward greater convergence of platforms and technology in the face of the massive investment needed to develop new cars, Senard has said.