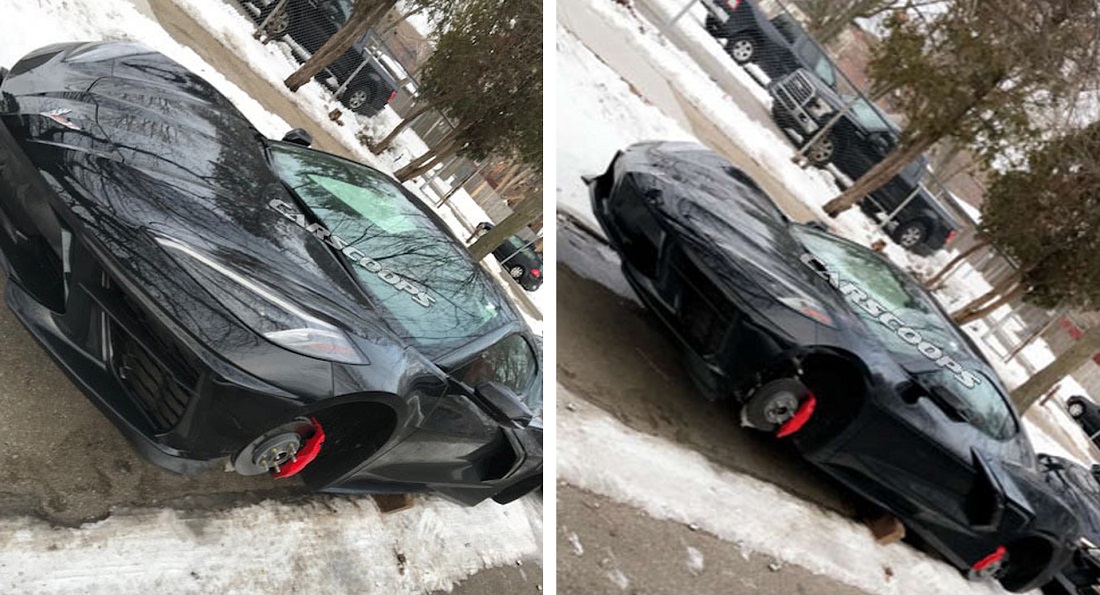 The first deliveries of the 2020 Corvette Stingray won’t start until the last week(s) February, but it appears thieves didn’t have any trouble getting their hands on the highly anticipated model.

As spotted by a CarScoops reader, this Corvette C8 become a victim of Detroit’s seedy underground as its wheels were stolen overnight.

Our reader wants to remain anonymous, but he first saw the car last week when it was parked in the same spot where his girlfriend’s vehicle was broken into last year. The bad luck was apparently contagious as our reader spotted the same Corvette again today with its wheels missing.

Little is known about this particular Corvette, but it appears to be an employee vehicle as it has been parked in the same general area for at least a week. However, the model wasn’t wearing manufacturer plates which are commonly used on company cars.

Regardless, the Corvette isn’t something you want to park on the streets of Detroit. According to the National Insurance Crime Bureau’s 2017 Hot Spots report, the Motor City had a vehicle theft rate of 301 incidents per 100,000 residents. That’s not great, but Detroit didn’t even break into the top ten worst places for car theft as Albuquerque, New Mexico led the way with a theft rate of 1,097 incidents per 100,000 people.

Unsurprisingly, the Corvette garnered plenty of attention as people have also sent in photos to Car & Driver and MotorTrend. It remains unclear if the car suffered any damaged related to the theft, but those wheels likely cost thousands of dollars. 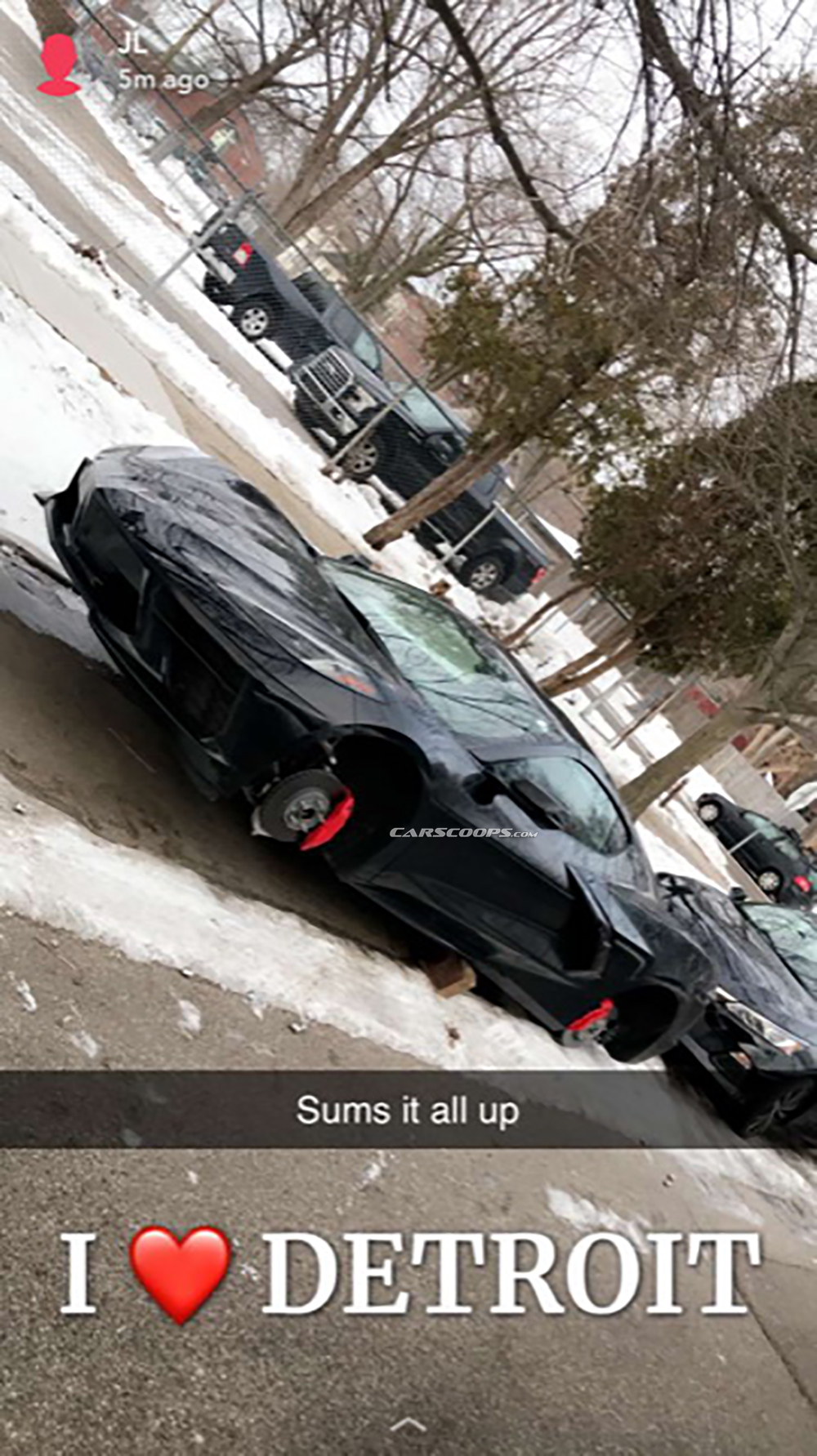 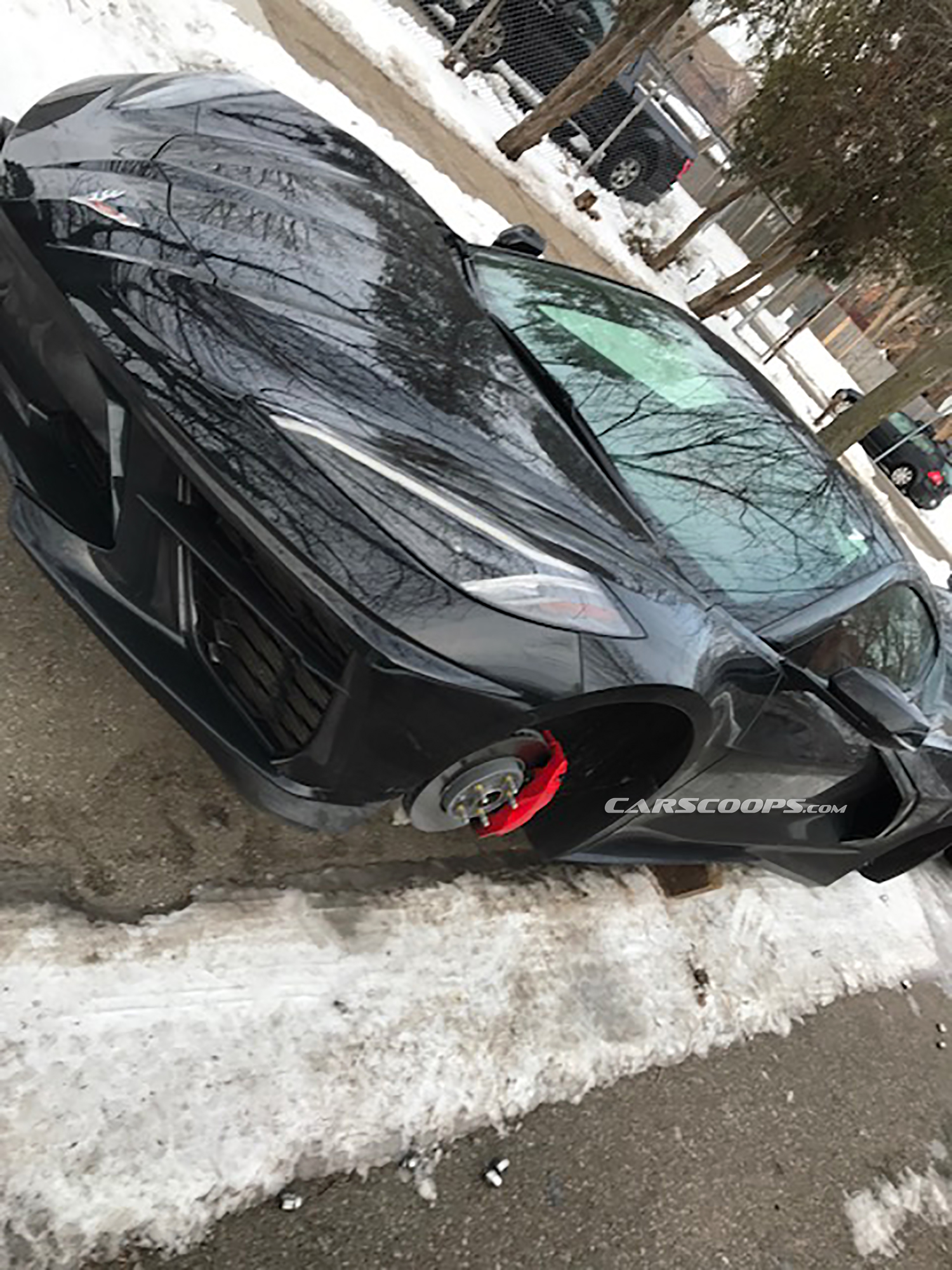