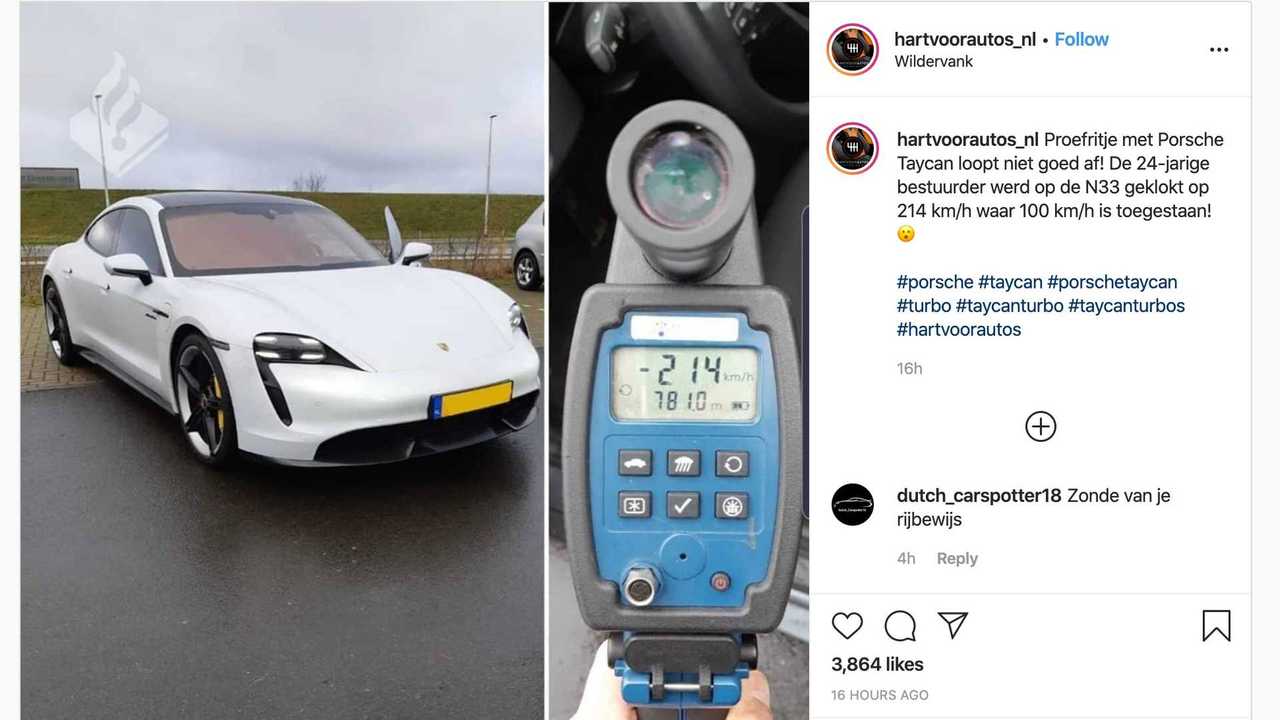 Someone test driving a Porsche Taycan in the Netherlands decided to push the new EV to the limit on public roads, and the police clocked the young man at 133 miles per hour (214 kilometers per hour) in a 62-mph (100-kph) zone. Let’s hope he had fun because that was probably his last time behind the wheel for a while.

For those that don’t speak Dutch, here’s a translation of the Instagram post above: “Test drive with Porsche Taycan doesn’t end well! The 24-year-old driver was clocked on the N33 at 214 km/h where 100 km/h is allowed!”

The Netherlands recently increased its fines for speeding. The minimum cost for going 5 kph (3 mph) over the limit on the highway is 30 euros ($33.16 at current exchange rates). At the maximum, doing 39 kph (24 mph) over costs 431 euros ($476.15). The country’s official list of fines doesn’t even mention higher speeds than that, which suggests a trip to see the judge is the likely punishment.

The front fascia identifies this as either a Taycan Turbo or Turbo S. Both models make 616 horsepower (459 kilowatts) during normal driving, and they share a top speed of 161 mph (259 kph). This driver was less than 30 mph (48 kph) away from hitting the EV’s maximum velocity.

The Taycan is still a very fresh sight on roads around the world. In the United States, deliveries just began in December 2019. Porsche managed to send 130 of the EVs to dealers in that month.