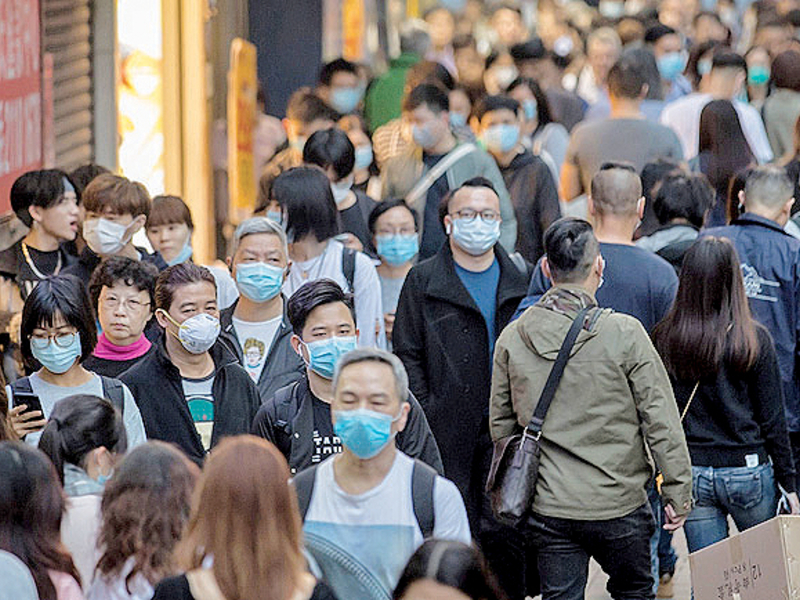 Fears surrounding the fast-spreading coronavirus prompted automakers and suppliers last week to restrict business travel in and out of China, where the key auto-industry city of Wuhan was identified as the illness’ epicenter.

In an effort to contain the outbreak, which had been blamed for 41 deaths as of late Friday, Jan. 24, Chinese officials have restricted travel for 35 million people — including a complete quarantine of Wuhan, a city of 11 million, 400 miles west of Shanghai.

Separately, auto companies began limiting employee movement in and out of China.

Jim Cain, spokesman for GM, told Automotive News that the automaker has restricted all business travel to China and has asked employees in the country to follow all necessary protective measures suggested by local authorities. Cain did not have updated information on the status of the plant.

FCA spokesman Michael Palese said the automaker had restricted travel for 11 Chinese cities as of Friday afternoon. FCA also is continuing its travel advisory for China and issuing precautions for its employees inside the country, but said none of its projects had directly been affected yet.

Ford Motor Co. spokesman Anderson Chan said Friday that the automaker has a dedicated team to monitor the situation to determine a course of action for its employees. Ford’s Chinese operations are in Chongqing and Nanjing.

Though Ford does not operate in Wuhan, Ford restricted all business travel to the city, Chan said. “We are encouraging employees to remain calm and informed through official government sources,” he said.

But for global automakers and suppliers that have become more reliant on China for profits and products, the coronavirus adds a new layer of business concern.

“A lot of companies I’ve spoken with … are losing their enthusiasm for China,” said Michael Dunne, CEO of California-based China consulting and market-intelligence company ZoZo Go. “They’re already dealing with a declining market for auto sales. They’ve been coping with the U.S.-China trade war, and with the political uncertainties around Hong Kong. And now this virus complicating the picture?”

Dunne said on Friday that auto companies in both China and North America do not yet have an accurate picture of what the health crisis will mean to business operations because China is essentially off work for the long Chinese New Year holiday, known as the Spring Festival. But in the coming week, as companies attempt to resume operations on Feb. 1, the scope of the crisis will be become clearer.

Of special concern will be projects underway and facing a timetable, including new model launches and plant construction. Some of those may rely on personnel and advisers moving freely on and off job sites and conferring face-to-face to home offices in the United States, Dunne said.

Tesla is in the midst of a production ramp-up on its Model 3 sedan project at its new plant near Shanghai. Tesla did not respond to an Automotive News request for comment about whether the restrictions would impact the launch.

A Honda North America spokeswoman said the company is advising employees to refrain from non-urgent business trips to Wuhan and that its plant there was closed for the holiday at the time of the outbreak.

French electronic systems supplier Valeo did not immediately respond to requests for comment on the status of its Wuhan facility, which can house more than 1,000 employees. Faurecia expanded its tech center in Wuhan last year, focusing on lighting technology and comfort and drive- assist systems. BorgWarner, a supplier of turbochargers and electric motors, in October 2018 opened its Wuhan facility, which primarily manufactures components for hybrid and electric vehicles, including drive motors, starters and alternators.

“We do have travel restrictions in place and we’re continuing to evaluate the situation, but currently our operations are on holiday for Spring Festival,” said Kathy Graham, spokeswoman for BorgWarner.

Supplier giant Bosch employs about 800 associates at two plants for steering systems and heating technology in Wuhan, according to a Bosch spokesman. Operations at both plants have also been shut down for the holiday.

Supplier Tenneco’s three facilities in Wuhan are all closed for the holiday, a spokesman said. Many other suppliers issued travel alerts and preventative guidelines to employees.