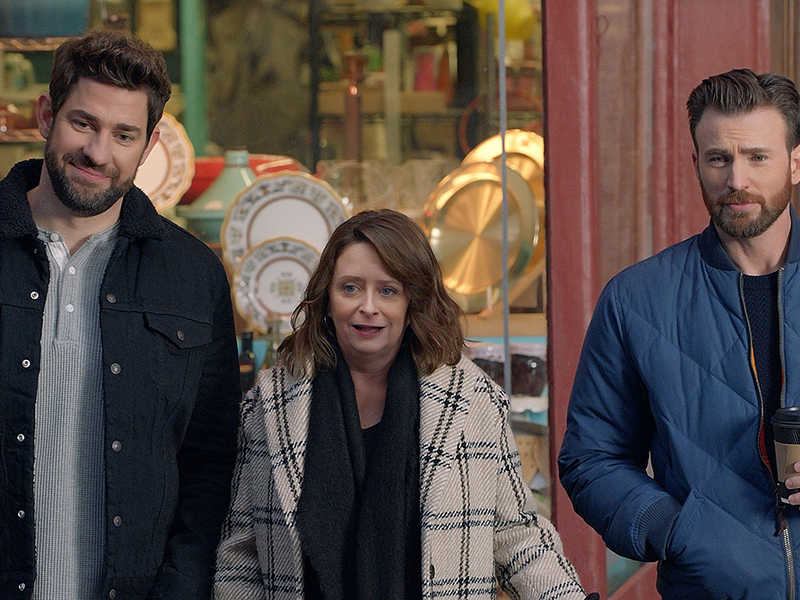 Hyundai released an early peek at its Super Bowl ad, which takes a very Boston-centric look at one of the tech features on the new-generation 2020 Sonata sedan.

The feature is technically known as Remote Smart Parking Assist, but that’s before a group of Boston-area celebrities put it though the local accent and shortened it to “Smaht Pahk.”

In a spot that will run in the first quarter, Chris Evans (of Marvel Comics movie fame) and former “Saturday Night Live” regular Rachel Dratch watch as John Krasinski (from “The Office”) prepares to fit his new Sonata into a particularly tight parking spot. Evans says there’s no way the sedan will fit in the space in front of a coffee shop.

Krasinski tells Evans to stop being a “smahty pants” because the Sonata has a new trick. “Looks whose got ‘smaht parhk,'” Krasinski says, exiting the vehicle. “Just hit the clicker — ‘cah pahks’ itself.” The Sonata then slowly steers itself between two poorly parked cars.

Boston Red Sox legend David Ortiz also appears in the spot, which includes several exchanges that play up the local accent for a variety of words and places, and ends with the tag line “Bettah Drives Us” rather than the normal brand slogan “Better Drives Us.”

The ad kicks off a national marketing campaign for the Sonata, although the 60-second Boston-centric commercial is unique to the Super Bowl. Hyundai will also amplify the TV ad on social media, including TikTok — the first automotive brand campaign on the short-video site, according to the automaker — and on Instagram.

Angela Zepeda, chief marketing officer for Hyundai Motor America, said the Korean automaker has long used the Super Bowl to raise its profile among American consumers, with Super Bowl LIV marking 11 straight years. In the last several years, Hyundai’s ads during the event have been among some of the most popular, surveys show.

“As a challenger brand — and that’s how we still see ourselves in a lot of ways — it’s a great platform. In fact, it’s America’s biggest platform, where everyone gathers that day not just to watch the big game but to watch the commercials,” Zepeda told Automotive News last week.

Barney Goldberg, executive creative director of Hyundai’s ad agency, Innocean USA, said the original idea for the spot was to highlight a technical feature on the redesigned Sonata that makes viewers think, “Why can’t my car do that?” Eventually, they decided on the parking assist, shortening the mouthful of a name to “Smart Park.”

Goldberg said an agency writer with Boston ties quickly saw how the pronunciation of those words could be funny. The Boston way of pronouncing “Park” and “Car” has been a staple of jokes going back decades. The agency then worked to put together a team of Boston celebrities to make the spot authentic and not over the top. It was also shot locally.

Last year’s Hyundai ad, “The Elevator” featuring actor Jason Bateman, was considered a comedic hit for satirizing the traditional car-buying experience. Zepeda said the spot rated No. 1 in popularity by Ad Meter metrics for an automotive brand, and significantly boosted the public’s opinion of the automaker. That’s puts the pressure on for Sunday.

“We had a lot to do this year,” Zepeda said, “because of what we had done last year.”