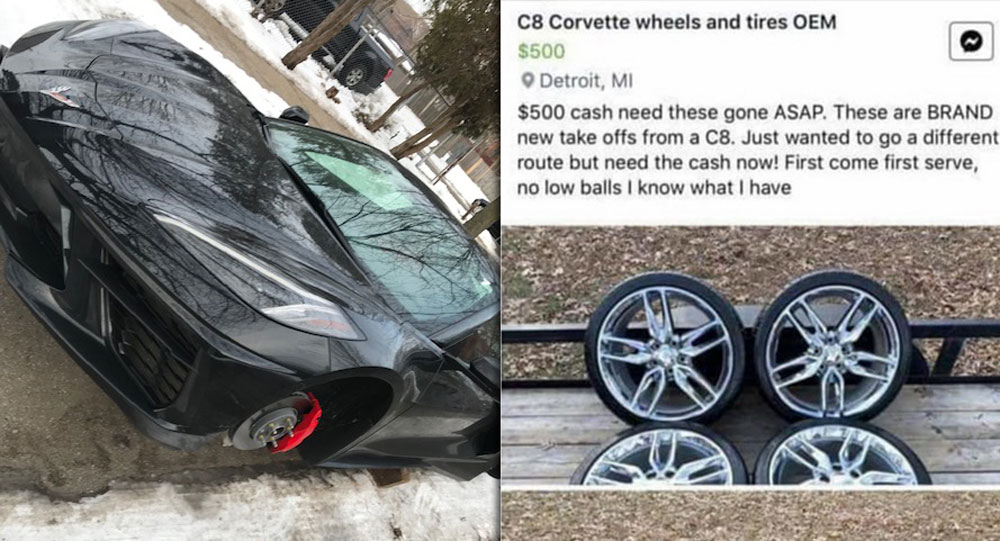 Just a few days after a 2020 Chevrolet C8 Corvette had its wheels jacked on a street in Detroit’s West Village, at least two fake Facebook Marketplace advertisements promising a set of C8 wheels have gone online.

The first advertisement is perhaps the most bizarre as it doesn’t include any photos of the alleged wheels and has an absurd asking price of $100,000. Clearly, the Facebook user responsible for the ad is just having a little bit of fun.

Read: The 2020 Corvette C8 Might Be Detroit’s Hometown Hero, But It’s Not Safe From Thieves

In the second marketplace listing, we’re actually offered a set of photos of the wheels and tires. The only problem is that the wheels pictured aren’t off a C8 Corvette. The listing also has an asking price of $500 for the wheels which is clearly well below how much a set of C8 wheels are actually worth. 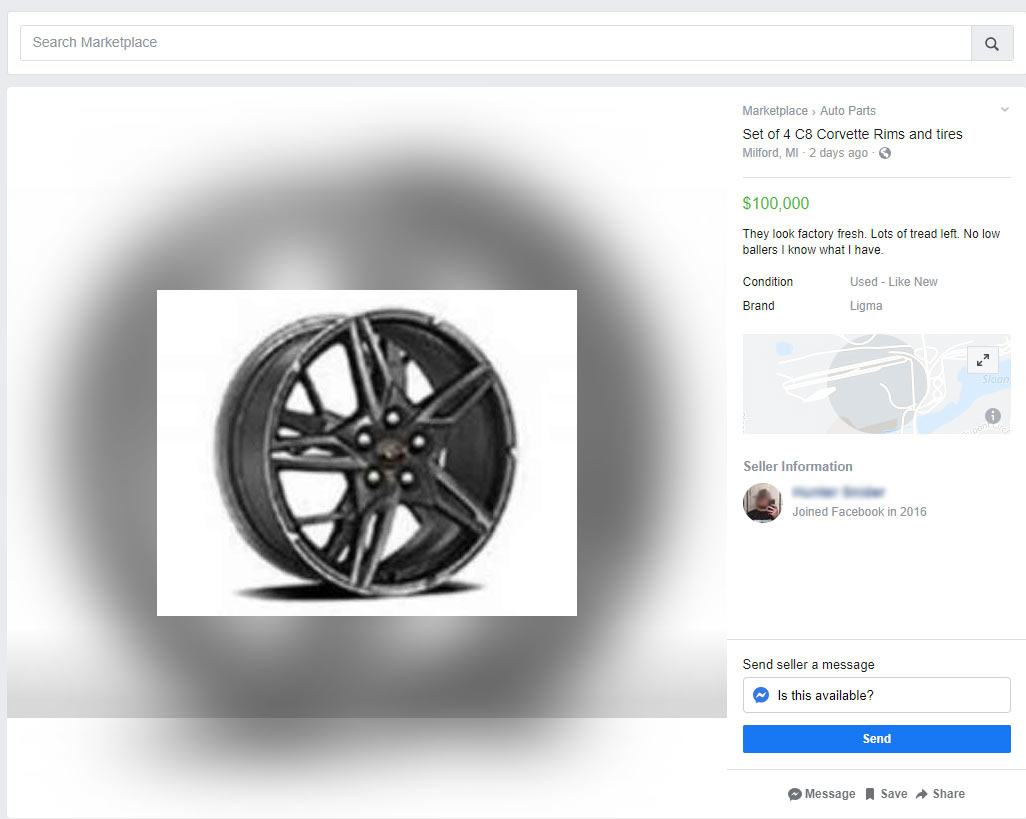 In all likelihood, the wheels actually stolen from the Corvette in Detroit have already been sold by whoever took off with them. Unless that thief, or thieves, were really dim-witted, they would not have sold them through an online listing that authorities could easily find – though, you never know…

It’s believed that the 2020 Corvette targeted in Detroit was an employee car as customer deliveries for the sports car have yet to commence. The incident does serve as somewhat of a warning that when shoppers do start to receive their new C8s, they should be very careful where they park or they could be targeted by thieves looking to make a quick buck.

Thanks to Maria for the tip! 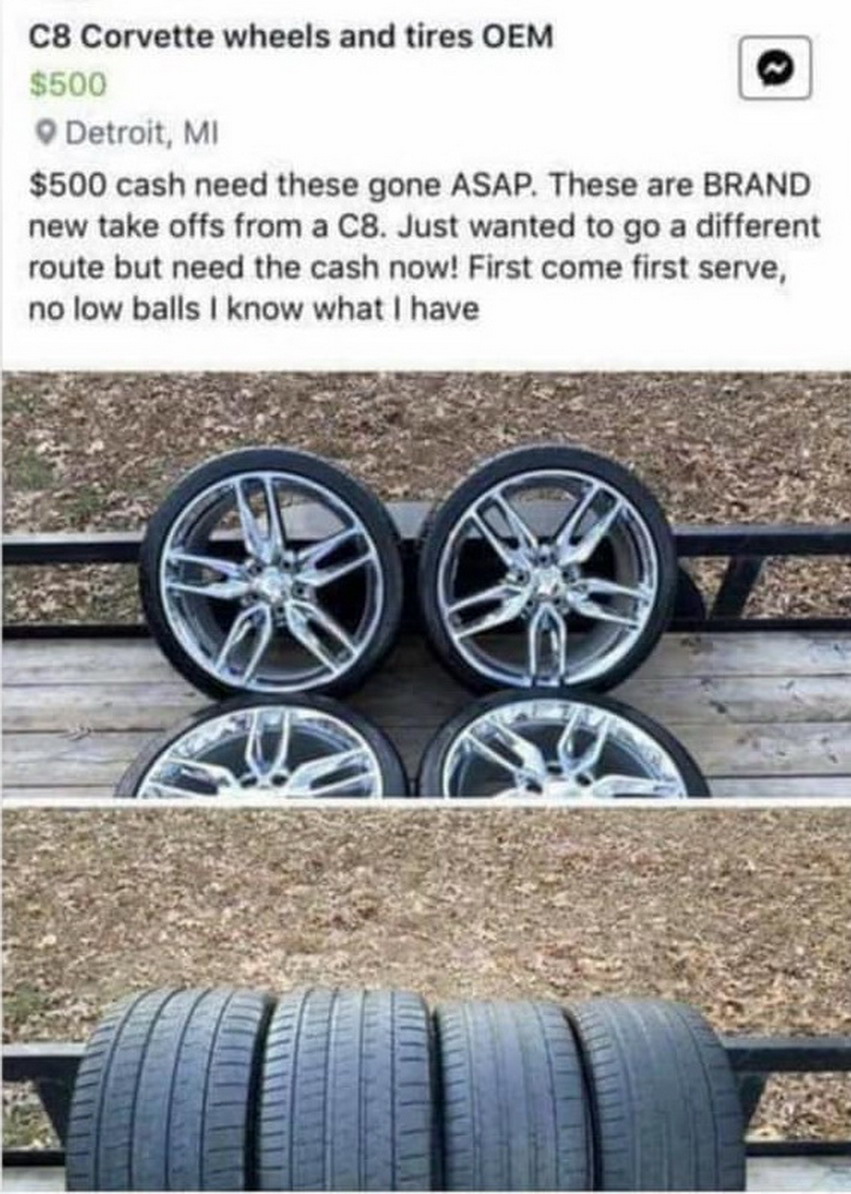