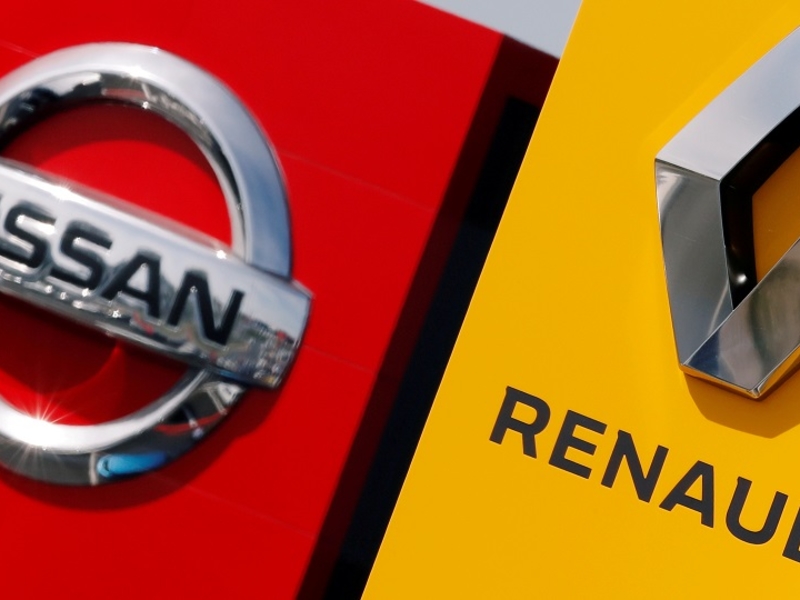 TOKYO — A proposal is being floated at Nissan for the company to revive efforts to push Renault to reduce its stake in the Japanese automaker and help balance the partnership, a person familiar with the matter said.

The plan would involve both companies cutting their cross shareholdings and would call for the automakers to use the funds for joint technology investments that could bolster their alliance, the person said, asking not to be identified discussing confidential matters.

It’s still early days for the proposal and details such as the timing of any stake sale are undecided, the person said.

For Nissan, an agreement could help bring it a step closer to the independence sought by some executives who have long criticized the lopsided relationship.

Renault may be under more pressure to sell in the face of slumping sales, and automakers around the globe are facing a shift toward electrification and automated driving that will require billions of dollars of investments, even as they face shrinking car markets.

Azusa Momose, a spokeswoman for Nissan, said there are no plans for discussions over reducing stakes. A spokesman for Renault declined to comment and pointed to two interviews given by Chairman Jean-Dominique Senard in Davos, where he dismissed talk of shareholding changes.

Nissan and Renault’s two-decade alliance, which also added Mitsubishi Motors in 2016, was jolted by the arrest of former Chairman Carlos Ghosn in November 2018.

The French automaker owns about 43 percent of Nissan, while the Japanese manufacturer only holds 15 percent of Renault and zero voting rights. Any significant changes to their shareholdings would also run the risk of raising questions over the viability of the three-way alliance.

While the asymmetrical relationship has stoked resentment in Japan, drawing down Nissan and Renault’s equity stakes in each other would ultimately strengthen the partnership through a more balanced relationship and focus on new technologies, the person said.

Any stake sales could free up much-needed cash for the two automakers, and also mark the first such mutual reduction since Ghosn was removed as chairman.

It also risks upsetting a delicate political balance because the French government owns 15 percent of Renault and has sought to maintain the partnership.

Last week, Senard said changing the shareholder structure “isn’t a priority” and that the focus is on strengthening industrial cooperation. Asked whether Renault could sell down its stake in Nissan, he replied that “it’s probably not the right timing in terms of the price of the shares. It could come someday.”

Makoto Uchida, Nissan’s new CEO appointed amid a year of turmoil, said last month that the partnership would have to benefit all parties and that changes were needed in the pact to benefit the companies’ sales and earnings.

Both companies are facing declining sales and shrinking profits. Nissan, which is conserving cash as it embarks on 12,500 job cuts globally, cut its dividend earlier in the current fiscal year and withdrew its outlook for a 40 yen-per-share payout. That was a blow to Renault, which in 2018 received 784 million euros ($864 million) in dividends from Nissan.

Most automakers will have to spend heavily to keep pace with the shift to electrification and automated driving. While automakers such as Volkswagen Group and Toyota have enough cash on hand to do so, other automakers have been seeking partnerships and raising funds to drive development.

Last week, Citigroup analyst Angus Tweedie wrote in a report that Renault’s cash strain may force it to sell some of its stake in Nissan. Investors do not yet understand “the enormity of the challenges facing Renault, despite the shares trading at the lowest levels since 2012,” said Tweedie.

Renault’s stake in Nissan is worth about 8.6 billion euros at the current share price and a potential disposal would be seen as a “one-off event” that would reduce earnings power and dividend, UBS analysts including David Lesne wrote in a note Monday.

While they do not see a full breakup of the alliance because “it is in the interest of both parties to keep it alive,” the analysts said this would “put at risk Renault’s viability” because Nissan has contributed about 40 percent of Renault earnings and all its dividend.

Katsuyuki Nakai, a credit analyst at S&P Global Ratings, said any changes to the alliance that might disrupt technology sharing or cost savings would be negative for Nissan’s credit.

Investors in the two companies have lost a combined $25 billion since the arrest of Ghosn, who headed the alliance for almost two decades. The 65-year-old executive, who denies the charges against him, escaped trial in Japan at the end of December and made his way to Lebanon, where he is living as a fugitive.