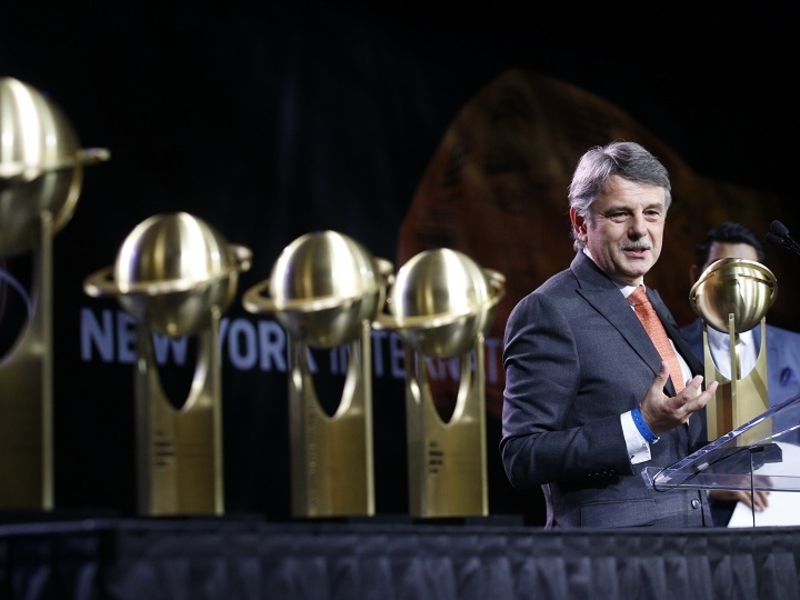 Ralf Speth presided over the longest profit streak in Jaguar Land Rover’s history, but he also pushed an aggressive growth plan that in hindsight dangerously overstretched the company just as it was hit by unprecedented global headwinds.

When Speth took over in 2010, Jaguar Land Rover was fresh from its purchase by Tata Motors from Ford in 2008. Outward confidence was not matched internally. JLR was “more or less bankrupt” when Tata took over, Speth said in a speech in 2014.

Speth, who will retire as JLR CEO in September, was the most high profile of a number of executives Tata hired from BMW to work at JLR. With the Land Rover SUV brand and Jaguar sports-car unit, Speth was able to capitalize on two trends: global demand for SUVs and China’s fast-rising car market.

At one point, JLR was making 60,000 pounds ($78,662) of profit on each of its luxury Range Rover SUVs sold in China, Max Warburton, an analyst at Bernstein Research, estimated.

Annual profits were the envy of the industry. Margins hit 11 percent in 2011 and only fell below double figures in 2016.

JLR’s success convinced Speth it could be repeated at a much greater scale.

Speth is outwardly reserved, but his ambitions for JLR displayed an inward confidence.
The company quickly formulated plans to produce its own range of engines in place of Ford-sourced units. It plotted global manufacturing expansion, first in China and then Slovakia. It even set-up a Brazil CKD operation to bypass tough import taxes.

Under plans to revive the Jaguar brand, Speth approved a new rear-wheel drive aluminum platform with the goal of finally matching BMW sedans for dynamics. It achieved that, but customers for XE and XF models proved hard to come by.

In another expensive investment for Jaguar, Speth gave the go ahead for the I-Pace full-electric crossover with its unique platform. Against all odds Jaguar managed to launch it ahead of rivals from the German premium brands.

It was not just China. JLR’s reliance on SUVs hurt sales after the sudden collapse of diesel in Europe. Around the same time the Brexit vote and the subsequent political uncertainty shook consumer confidence in the UK, further damaging sales.

Was this Speth’s fault? He would have needed a powerful crystal ball to predict all the global headwinds that hit JLR. Arguably JLR’s biggest mistake was investing in its own range of not just four-cylinder but also six-cylinder engines just as electrification was about to render powertrain differentiation obsolete. Analysts warned JLR about that at the time.

But Speth’s greatest legacy could be the write-down and the months that followed it.

The bitter pill swallowed, he then helped secure a partnership with BMW on engines and electric powertrains. He cut costs beyond the tough targets he set and took painful decisions to reduce China volumes and focus only on profitable sales. He also pinned the company’s model strategy on one platform with the flexibility to accept any powertrain.

It looks to be working. JLR on Thursday posted a pretax profit of 318 million pounds ($417 million) in the three months ended Dec. 31 compared with a 273-million-pound loss in the same quarter of 2018. The company said its Project Charge turnaround plan resulted in cost and cash flow improvements of 2.9 billion pounds, exceeding the 2.5 billion pounds target three months ahead of schedule.

The company is still saddled by expensive decisions made in the boom times, but Speth might have just secured the company’s future as it moves into the costly world of electrification.