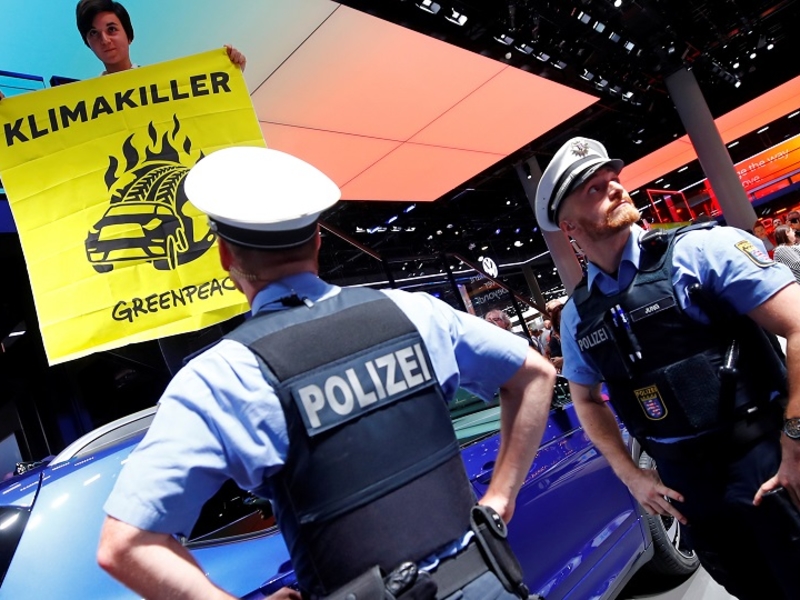 The next show is scheduled to be held in September 2021. It will take place in Berlin, Hamburg or Munich, three cities shortlisted by the VDA as potential locations.

The show’s disappearance from Frankfurt ends almost 70 years of Germany’s financial capital hosting the event, which along with the Paris auto show, is one of the two biggest European exhibitions to showcase new cars and the latest technological innovations.

The Frankfurt show is also known by its German acronym IAA (International Automobile Exhibition). It has been a crucial sales and marketing platform for automakers. Nearly one third of visitors plan to buy a new or used car in the next six months, while over a quarter are at least considering the investment.

But like most other global auto shows, it has seen fewer automakers willing to invest millions to take part as companies examine the value of major trade fairs compared the effectiveness of standalone events that can be live-streamed to global Web audiences at a lower cost.

In a statement. VDA said it wanted to change the show’s format to focus on mobility in smart cities and it will pick Berlin, Hamburg or Munich in the coming weeks.

The Frankfurt show last September saw a sharp drop off in interest as major brands including fan magnet Ferrari decided to skip the event. It was also the target by protests by environmental activists. Visitor numbers fell by 30 percent to 560,000.

The VDA’s contract with the Frankfurt trade fair company ended last year, allowing the association the chance to change venues. Seven cities had pitched their concept of a future IAA, including Frankfurt, Hanover, Cologne and Stuttgart.

The decision to move the IAA is emblematic of a broader trend of declining consumer interest in car shows.

Organizers of the Paris show, which alternates with the IAA, have promised a “radically redesigned event” for this year’s show, which runs from Oct. 1 to Oct. 11.