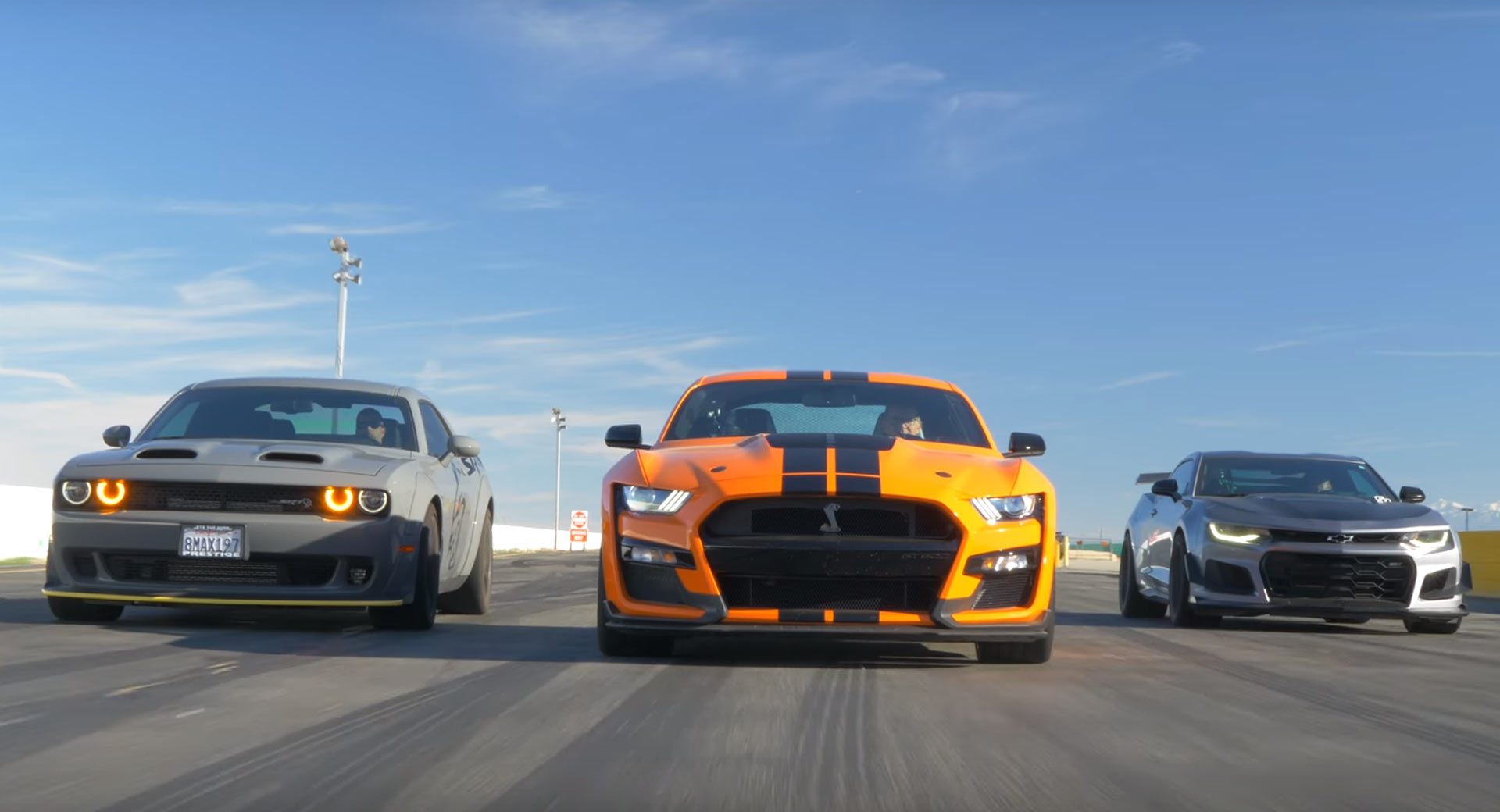 A couple of weeks ago, we brought you a video showing the new 2020 Ford Mustang Shelby GT500 squaring off against a Chevrolet Camaro ZL1 1LE and Dodge Challenger Hellcat Redeye in a drag race. It was the Mustang that won that challenge.

Now, the guys over at Throttle House have pitted the same trio together for a series of more comprehensive performance tests to see which is superior. They recruited the help of veteran auto scribe Jason Cammisa and racing driver Randy Pobst for the test.

The first section of the video review is dedicated to seeing what the cars are like when driving in the canyons. As Dodge designed the Challenger Hellcat Redeye to be blisteringly fast in a straight-line and not so capable through the corners, it shouldn’t come as a surprise to anyone that it feels a little out of place on tight and twisty roads. By comparison, the Mustang GT500 and Camaro ZL1 1LE thrive in the canyons.

When driven around a circuit with Pobst behind the wheel, it was the Ford and the Chevrolet that left the Dodge in their wake. Of the Ford and Chevrolet, it was the Camaro ZL1 1LE that came out on top, recording a best time of 1:27.20 compared to the 1:28.15 of the Ford. This comes despite the GT500 having 110 hp more than the Chevrolet.

The reason, Randy Pobst describes, is quite simple. The Mustang arrived at the test with well-worn tires and simply couldn’t generate the grip of the Chevrolet. Had it been rolling on a fresh set of rubber, Pobst believes it would have been the fastest. As for the Dodge, its best lap was a 1:32.59.