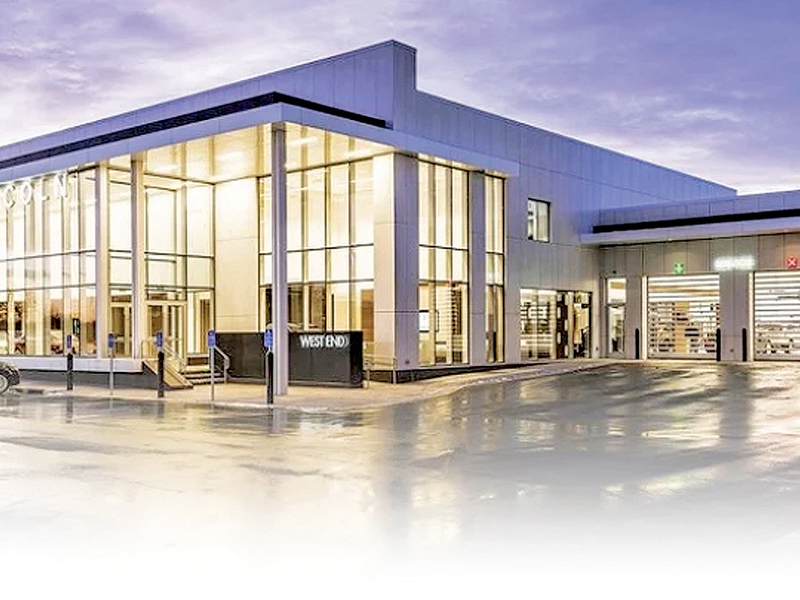 The New Jersey Coalition of Automotive Retailers is suing Ford Motor Co. and its Lincoln luxury brand over what it says are unfair discounts for certain retailers who comply with a commitment program requiring standalone showrooms.

The lawsuit, filed Friday in New Jersey State Superior Court, alleges that the program — which Lincoln reworked last year in an attempt to appease unhappy dealers — would create an illegal two-tier pricing program. Dealers who uncouple their Ford store and build standalone Lincoln showrooms are eligible for up to 5.75 percent in potential discounts per vehicle, the suit says, while those who do not participate would not receive the financial reward.

“Two-tier pricing programs, like the one being pushed on Lincoln dealers at this time, tear at the very fabric of the franchise system,” Jim Appleton, president of the dealer group, said in a statement.

“The New Jersey Legislature, in 2011, outlawed such programs, because lawmakers found them to be a destabilizing force in the marketplace, with the potential to force local business owners to make investments that don’t offer a realistic return on investment or driving them out of business, thereby reducing competition and limiting consumer access to service.”

The lawsuit was filed a day before a Feb. 1 deadline Lincoln had set for dealers to enroll in the program, requiring a $20,000 deposit that would be reimbursed once the project was certified. They would have until July 2022 to build the stores.

The lawsuit, Appleton said, does not seek any damages.

“We’re just looking for the court to issue a definitive ruling that the plain language of the New Jersey statute means something and that automakers must abide by the law,” he said. “NJCAR filed the lawsuit asserting Lincoln dealer rights, but a favorable ruling in this case would help dealers in other line-makes protect themselves against unreasonable and unfair two-tier pricing programs that have become commonplace among just about all automakers.”

Prior to filing the Friday lawsuit, New Jersey’s dealer association sent a letter to Lincoln outlining the state law violations, Appleton previously told Automotive News. That is similar to actions taken by other state dealer groups.

A Lincoln spokeswoman late Friday issued a statement defending the commitment program, noting the company had not yet received the lawsuit and could not comment directly about the case.

“Over the past year, Lincoln has made great progress, and our dealer partners have played a key role in building this momentum,” the statement said. “Last year, we reinstated the Lincoln Commitment Program after listening to our dealers and making modifications to the program. As we continue to grow the brand, we remain committed to creating brand-exclusive facilities that will deliver a distinctive luxury experience for Lincoln clients.”

The commitment program has been met with skepticism since it was first announced in August 2018.

Lincoln subsequently paused the program after hearing from other displeased dealers, and spent the next eight months working with its dealer council to revamp it before it was relaunched last August. The company made the program more flexible on how big a showroom dealers must build, no longer tying store size to market location, and reduced by about 20 percent the margin withheld from dealers who don’t separate their Lincoln and Ford stores.

Despite the changes, the California New Car Dealers Association sent another letter to Lincoln in September, contending the program violates the state’s franchise law and urged the automaker to suspend the revamped program.

Maas told Automotive News on Friday the association is still reviewing its options and is likely to talk with the state’s Lincoln dealers in the near future about what action to take.

The National Automobile Dealers Association said in an October statement that while the revamped program did address some dealer concerns, “any program that puts some dealers at a competitive disadvantage over others is not in the best interest the OEM, its dealers or its customers. In this respect, the LCP must comply with state laws that prohibit differential pricing among franchisees and that restrict unreasonable facility requirements.”

NADA said it encouraged Lincoln to continue working with its dealers to ensure the program would be “fair and equitable to all its dealers.”

Lincoln executives have said the brand needs standalone stores to better compete with its luxury rivals. They say customers want the unique experience and special attention that a showroom coupled with a mass market brand can’t provide.

Executives have pointed to sales data that shows dealers with Lincoln-only showrooms have seen a sales bump. Retail sales at the 72 standalone stores open before the program was announced rose 48 percent from 2014 through 2017, compared with 18 percent for the brand overall, Lincoln has said.

“I think Lincoln went a long way toward doing something that was fair to the dealer body across the board,” Tom Lynch, the dealer council’s chairman and general manager of North Florida Lincoln in Jacksonville, Fla., told Automotive News when the program was relaunched. “I think they came out with something even better.”

Lindsay VanHulle and Melissa Burden contributed to this report.