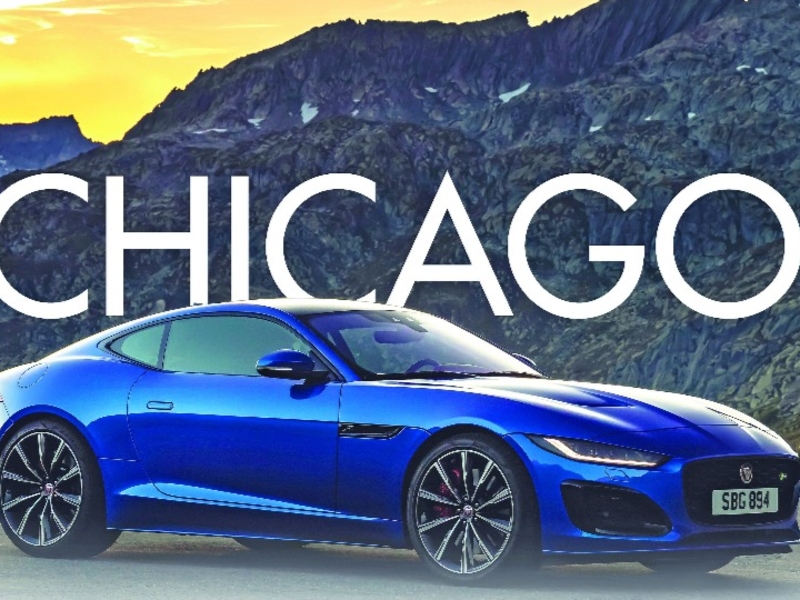 With the Detroit auto show’s move from January to June, Chicago now has the distinction of being North America’s first major auto show of the year, kicking off the stream of new-vehicle premieres.

While several automakers have decided to unveil vehicles independently at private, non-auto show events over the past couple of months, Chicago will have its share of public debuts of new vehicles this week.

Ford Performance will use the show to unveil what it calls the “newest combination of Le Mans-winning design and materials” related to the GT supercar.

Fresh off its global unveiling in South Korea last month, Genesis’ first crossover, the GV80, will make its auto show debut in Chicago. The GV80, with an optional third row, will be available with two turbocharged gasoline engines in the U.S.

After arriving in the U.S. in 2017, the Civic Type R hot hatch gets a freshening for 2020 that includes updated aerodynamics, suspension and brakes. It will make its U.S. debut in Chicago after bowing globally in Tokyo last month.

Hyundai will unveil a hybrid variant of its redesigned Sonata midsize sedan in Chicago. The sixth-generation Sonata went on sale last year.

Jaguar will use the Chicago show for the North American debut of the freshened 2021 F-Type sports car. The F-Type once again features a three-engine lineup: a 2.0-liter turbo four-cylinder, a 3.0-liter supercharged V-6 and a supercharged 5.0-liter V-8. Those engines reside under a redesigned clamshell hood and behind an updated grille. The headlights are slimmer and blend more smoothly into the contours of the hood and fenders.

Last year, Fiat Chrysler Automobiles used the Chicago event to showcase what customers can do with Mopar parts and the Ram Heavy Duty 2500. Mopar will get another push this year with the unveiling of the Wrangler Jeep Performance Parts limited-edition variant.

Kia will show an updated Cadenza large sedan. Also making an appearance is the Seltos X-Line Urban concept, which debuted at the Los Angeles auto show in November.

Toyota will show special editions and new variants of its pickup and SUV lineup, but the company has not hinted at what the packages will include.

The freshened 2021 Volkswagen Atlas features a new front facade and updated LED lighting front and rear on all trim levels. Inside, the three-row crossover will get an upgraded infotainment system with added app-based functionality, as well as new driver-assistance features such as Traffic Jam Assist, which uses lane-keeping and adaptive cruise control to aid drivers during low-speed, heavy-traffic situations. The freshening, just three years into the Atlas’ life cycle, is part of VW’s strategy to keep its most popular U.S. products — including the Atlas and Tiguan crossovers — top of mind with consumers.