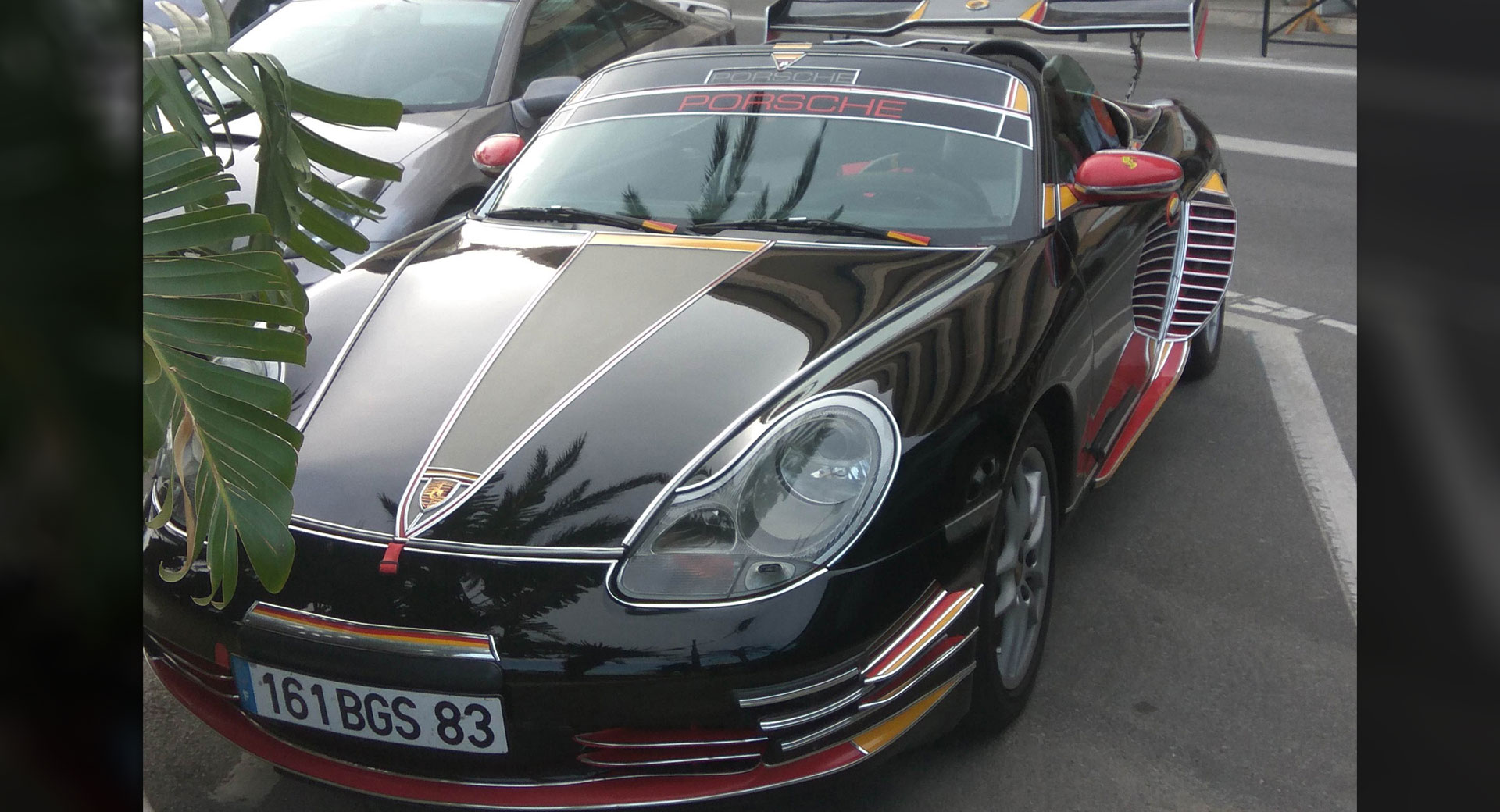 If you travel to the south of France, you usually expect to see beautiful coastal villages, jaw-dropping ocean views, gorgeous women, and flashy cars. For one Reddit user, however, the south of France produced one of the ugliest Porsches you’re ever likely to see.

The Porsche Boxster series remains one of the car manufacturer’s finest sports cars but for the owner of this particular example, leaving the first generation (which granted, isn’t the best of the series) stock clearly wasn’t something they wanted to do. Consequently, its exterior has been adorned with a host of truly horrendous aftermarket parts that make it resemble a Chinese knock-off of a Boxster rather than a legitimate example of the German sports car.

Starting at the front, you’ll notice the bumper features a host of red and yellow trimmings which, bizarrely, the owner must think look good. Next, the hood has been fitted with a piece of matte green wrap surrounded by chrome accents. These shiny trim pieces are also visible around the outside of the headlights. As for the sides, the wing mirrors are now painted red as are the door handles and a pair of fake air intakes on the rear fenders. 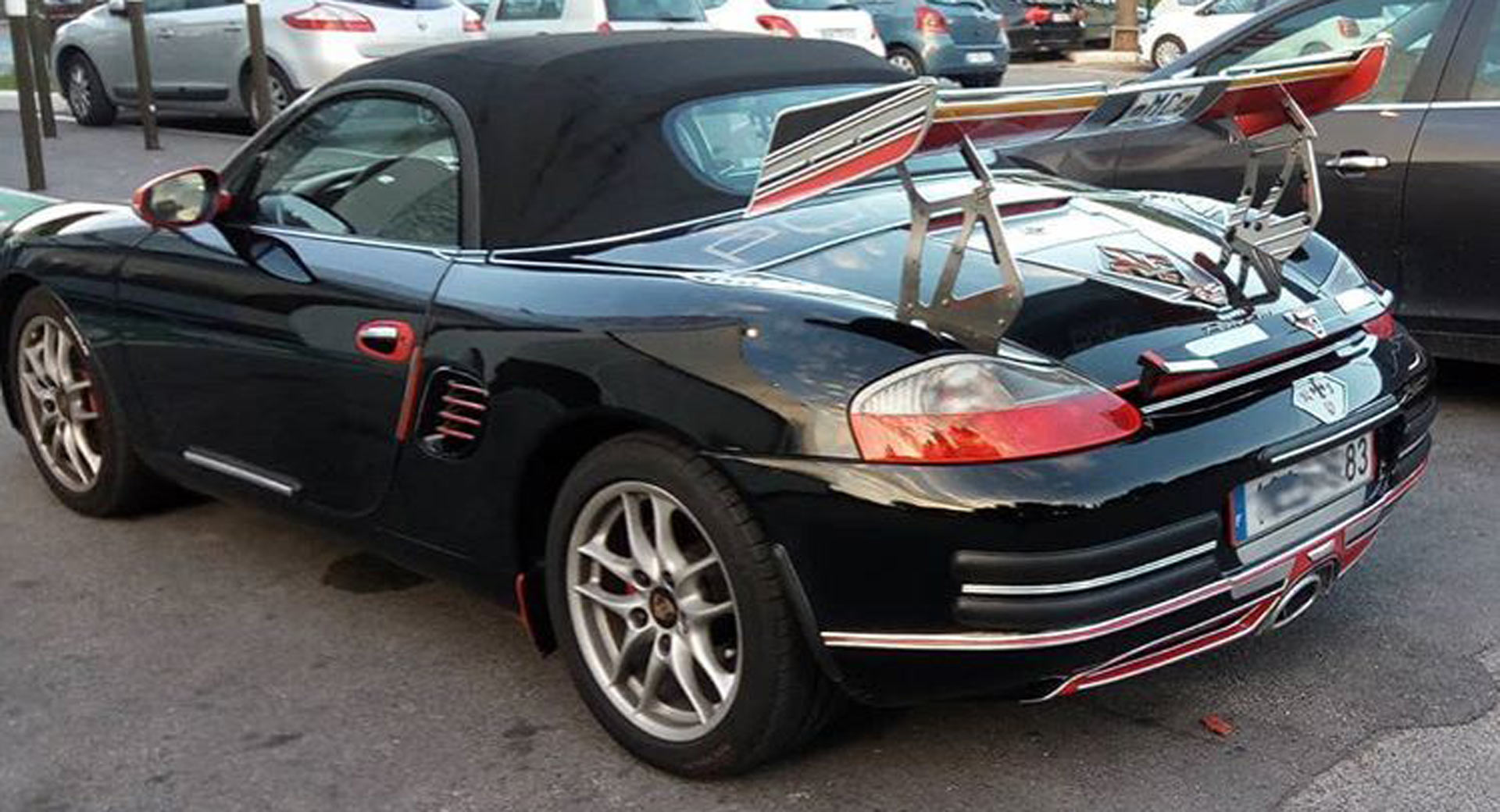 The two photos we’ve found of the car show it in various stages of its transformation. In the rear three-quarter shot, it looks slightly less offensive while the front-end shot appears to shot it in its most recent state of tune. Both iterations of the car include a towering rear wing featuring the same black, red, and yellow paint scheme as the rest of the sports car. 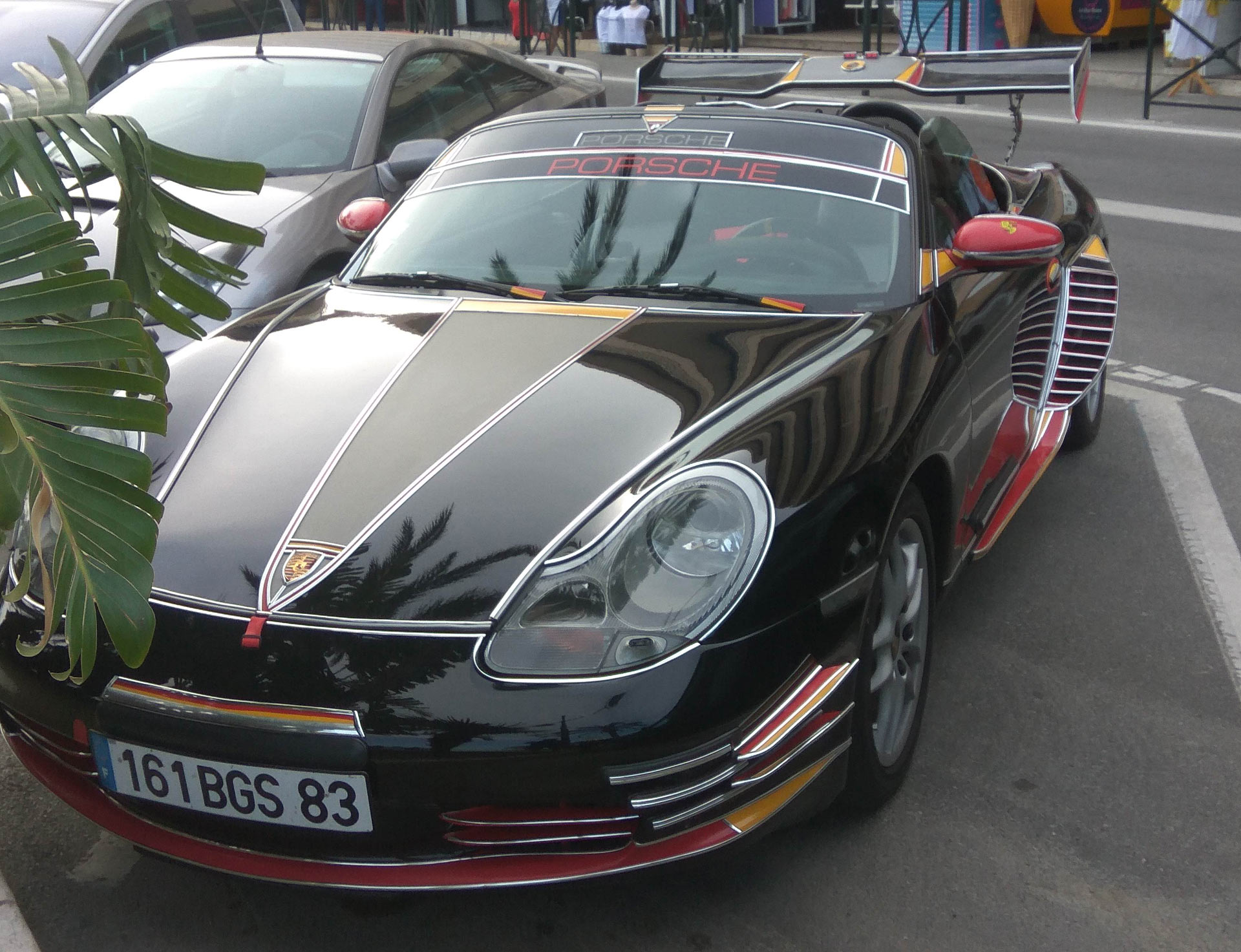