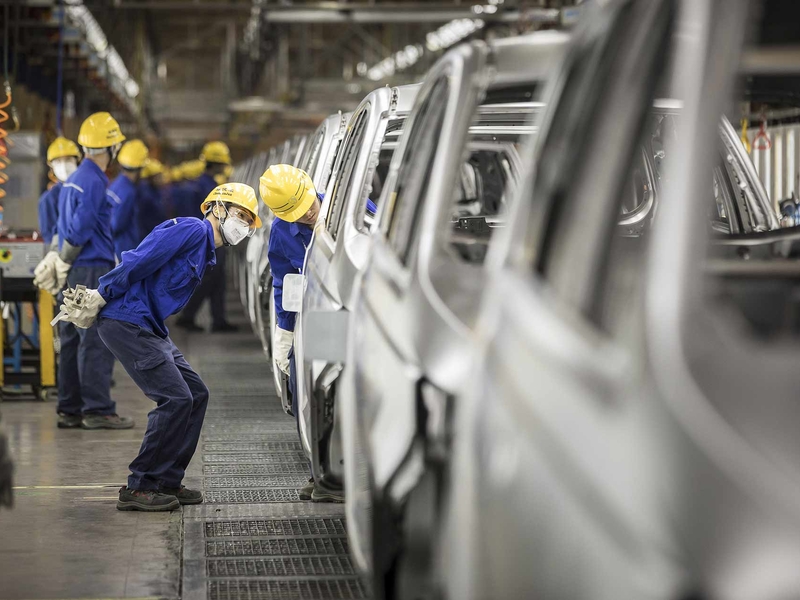 SHANGHAI — The Chinese government’s decision to extend its long national New Year holiday gave the world’s auto industry a small break as it confronts the fears and uncertainties of the potentially deadly coronavirus.

The major holiday, in which all of Chinese society typically closes for business, would have ended Wednesday, Jan. 29, when thousands of automotive employees would have been due back to work, worsening the risk of spreading the illness.

Instead, Chinese authorities declared the holiday would continue until Sunday, Feb. 9, in populous Shanghai and the south China province of Guangdong and Sunday, Feb. 2, for the rest of the country, giving the virus more time to peter out.

Aside from the human toll it is taking, the international spread of the coronavirus last week added more worry and inconvenience to an auto industry that is increasingly interwoven with Chinese factories and consumers.

Auto supplier executives were quizzed last week by Wall Street analysts about what impact there might be on this year’s production assumptions if the virus continued to require work stoppages and business interruptions.

Aptiv CEO Kevin Clark told analysts on a call last week that he expected no setbacks yet.

“If there’s a global disruption as a result of the supply chain issues in China, if there’s anything meaningful,” he said, “that’s not incorporated into our outlook for the first quarter.”

The issues roiling the global industry at the moment are how to protect employees, how the crisis might affect Chinese production levels, whether to halt business travel in and out of China and whether the situation might continue to worsen.

Over the course of last week, the number of people infected with the virus, most of them in China, rose tenfold to 10,000. It had killed more than 200 people by Friday, Jan. 31.

The Trump administration last week declared a public health emergency over the outbreak and said American citizens returning from China would be quarantined for two weeks. Health and Human Services Secretary Alex Azar said foreign nationals who present a coronavirus risk would be barred from entering the country.

In China, Volkswagen Group, the largest carmaker in the country, said it was extending the holiday period for its 3,500 corporate employees in Beijing to Monday, Feb. 3, and would allow them to work from home for two weeks thereafter.

Ford Motor Co.’s joint venture with China’s Changan Automobile Co., Changan Ford, said its manufacturing operations would remain closed until Feb. 10. Toyota Motor Corp., which has plants in Guangdong as well as in the northeast city of Changchun and the northern city of Tianjin, has decided to keep all its China plants closed through Feb. 9.

Shanghai also is home to a Tesla plant and is a major production center for state-owned Chinese automaker SAIC Motor Corp. and its joint ventures with GM and VW Group. Guangdong is a large production base for VW Group, Toyota and Honda.

Extending the holiday by one week in Shanghai, Guangdong and Wuhan would result in a production loss of 150,000 vehicles, according to estimates from IHS Markit. That is a small loss for China’s auto industry, which churned out more than 25.7 million cars, trucks and buses in 2019.

The production stoppage might not be unwelcome for some automakers, such as PSA and Renault, both of which operated below one-third of their local production capacity last year because of the country’s decline in auto sales.

But should the health crisis worsen and require a production shutdown lasting several weeks, the Chinese industry will certainly feel it.

The government has mobilized the entire country to contain the spread of the disease. Thousands of doctors and nurses have been sent to Wuhan and its neighboring cities to help locals fight the epidemic. Scared of the virus, people have chosen to stay at home whenever possible.

Official Chinese media are quoting pundits who predict the spread of the virus can be brought under control in a few weeks. That assertion has been met with some skepticism. All that employees of automakers operating in China can do at the moment is keep their figures crossed.