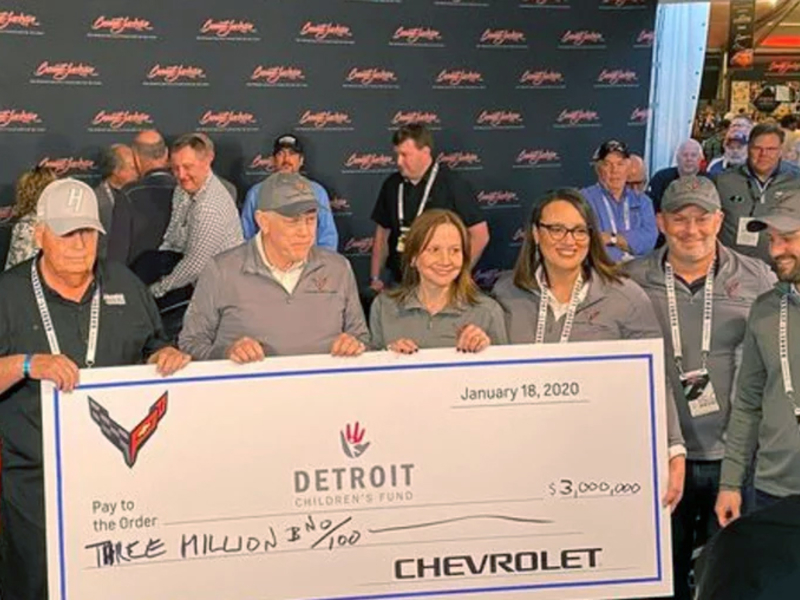 Rick Hendrick is no stranger to the auction block and placing the top bid for prized vehicles.

The CEO of private auto-retail giant Hendrick Automotive Group this month secured another rare gem for his collection of classic and performance vehicles: the first 2020 Chevrolet Corvette Stingray, VIN 0001.

Hendrick paid $3 million for the midengine sports car at a Barrett-Jackson auction in Scottsdale, Ariz. General Motors sent the first eighth-generation Stingray to auction and proceeds went to the nonprofit Detroit Children’s Fund.

The special Corvette — a black-on-black 3LT with the Z51 performance package — will be added to the private Hendrick Heritage Center, part of the Hendrick Motorsports complex in Concord, N.C., a Hendrick Automotive spokesman confirmed. Hendrick’s collection boasts vehicles such as the VIN 0001 2014 Corvette Stingray and VIN 001 2017 Acura NSX supercar.
Hendrick Automotive and Hendrick Motorsports teammates at times are rewarded for achievements with tours of the center, the dealership group said.

Unannounced so as not to draw crowds, Hendrick occasionally displays a vehicle from his collection for a few days at one of his 94 dealerships, the Hendrick spokesman said. But the first editions aren’t among those that go on public display, he added.