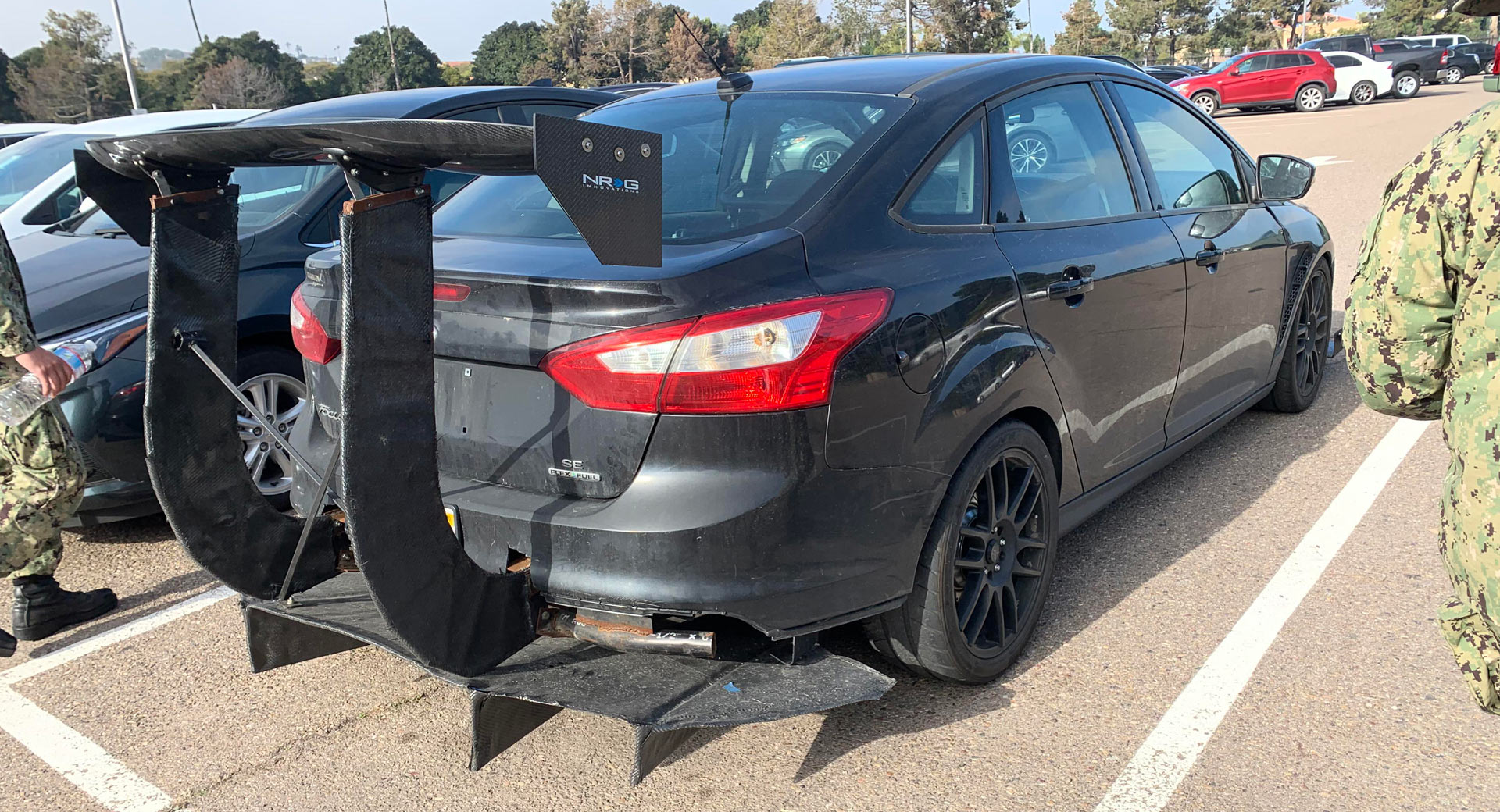 Thought cars like the Aston Martin Valkyrie and McLaren Senna GTR produced a lot of downforce? Well, this Ford Focus sedan, recently snapped on Reddit at what appears to be a U.S. military base, might have more downforce than any other street car on the planet. In the owner’s dreams, that is.

The owner of this Focus was obviously eager to turn the rather mundane Focus sedan into something a little more special. That meant slapping on some huge wings to stick the car to the pavement (or your eyes on the car itself, you choose).

Would the wing and diffuser actually produce any downforce? It’s possible but we doubt the car has ever been in a wind tunnel where the aerodynamic modifications could be analyzed. Wing and diffuser packages like this aren’t uncommon on Time Attack cars but usually, they’re found on rear wheel drive vehicles with huge levels of power. This Focus is front-wheel drive and probably hasn’t undergone any major engine upgrades.

Also visible at the front is a splitter which, in all likelihood, is also wrapped in carbon fiber and not particularly functional.