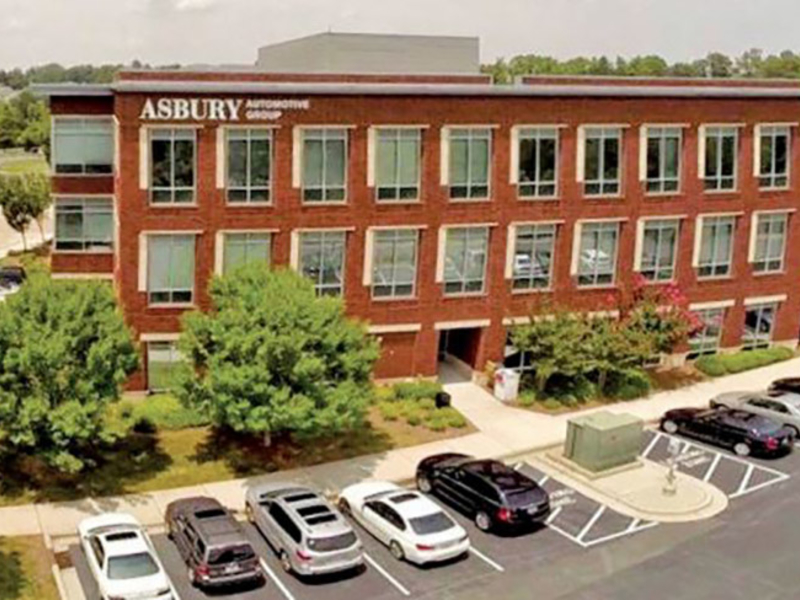 Asbury Automotive Group Inc.’s net income climbed in the fourth quarter on the strength of strong finance and insurance, parts and service and used-vehicle results.

Asbury’s net income rose 7.9 percent to $43.6 million in the quarter compared with prior-year results, Asbury reported Monday. When adjusted for one-time items, net income for the nation’s seventh-largest public dealership group jumped 13 percent to $48.9 million. The one-time items included a $7.1 million charge for franchise rights impairment, a $600,000 charge for real estate expenses and a $600,000 gain from a legal settlement, all pretax. In the fourth quarter of 2018, Asbury reported a pretax franchise rights impairment charge of $3.7 million.

Revenue for the Duluth, Ga., retailer rose 6.2 percent to $1.89 billion in the fourth quarter.

Asbury announced it was shedding several stores as it works to digest its largest-ever acquisition.

The company signed agreements during the fourth quarter to sell off six stores, including three Nissan dealerships. In December, Asbury said it planned to buy 10 dealerships from Park Place Dealerships in Texas in a $1 billion all-cash deal.

“We delivered a very strong quarter,” Asbury CEO David Hult said in a statement. “We believe these acquisitions coupled with our announced divestitures, will strategically make Asbury a stronger company.”

The Atlanta divestiture was expected to close this month, while the sale of the Mississippi stores and the Park Place acquisition will likely close next month.

In January, Asbury acquired a Chrysler-Jeep-Dodge-Ram store in Denver. It expects the store to generate $124 million in revenue per year. Asbury entered the Denver market in October with the acquisition of its first-ever Subaru store.

Asbury executives said Monday that the performance of a single midline import brand hurt its profits in the quarter to the tune of 10 cents per share. They declined to name the brand.

On a call with analysts, Hult noted that divesting three Nissan locations would better position Asbury to give returns to its shareholders.

“Nissan’s a good manufacturer. They make a good product. They’re a little bit behind others,” Hult said. “When their new product comes, I’m sure they’ll get a spring back. … It’s just for us, with what’s going on right now, this seems to be strategically the best move.”

Asbury said its import-brand sales fell 7 percent to 14,922 vehicles in the quarter.