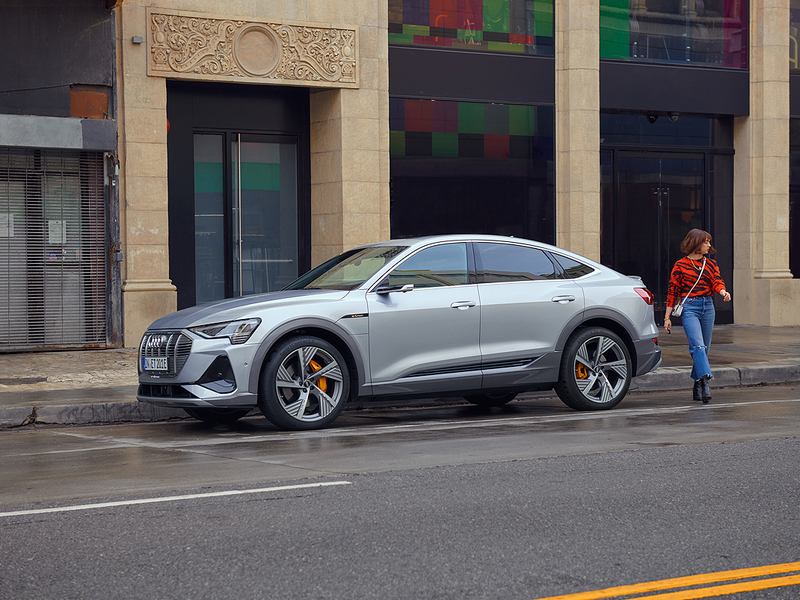 But after the 30-second ad ran late in the second quarter, people searching for more information were reminded of Hummer’s gas-guzzling past.

On Cars.com, traffic for used Hummer models saw a 479 percent lift, while new GMC models had a 26 percent bump on the site. The site analyzed traffic to advertised car model pages during a 16-minute window for each televised ad — eight minutes before each spot aired and again eight minutes after.

GMC’s “Quiet Revolution” spot teased viewers with a brief shot of the Hummer EV’s grille. The ad touted how the electric pickup’s expected 11,500 pound-feet of torque and 1,000 hp will be delivered quietly. James emphasized that point as he shattered a basketball backboard in silence with a powerful dunk.

GM plans to build it at its Detroit-Hamtramck Assembly plant starting in 2021 and sell it under the GMC brand. The automaker will reveal the pickup May 20 in Las Vegas.

“I think it is a good signal to GMC, that this is a place where there’s not only appeal, but there’s interest and engagement,” Brooke Skinner Ricketts, chief experience officer for Cars.com, told Automotive News. “The 26 percent lift to new GMC pages in the eight minutes after the commercial aired just says that what’s coming is going to be hotly anticipated.

“I think the other piece is people are looking at, even if they’re not in the market to buy one of the new Hummers, how can I get a piece of that brand? From a brand health perspective, I think that’s a really positive signal.”

Porsche’s Taycan, the brand’s first battery-electric vehicle, was featured in a 60-second spot centering on a car chase after the electric sedan was apparently stolen. Porsche traffic on Cars.com jumped 1,072 percent after the ad aired. Porsche traffic increased 1,393 percent on Edmunds.

Audi also had a bump after putting the spotlight on the all-new e-tron Sportback this year. After the brand’s 60-second ad aired, traffic to Audi model pages rose 639 percent on Cars.com. Audi traffic on Edmunds was up 747 percent.

Automakers largely stuck with a lighthearted approach. Other than GMC and Kia, which went with a heartfelt message in its Seltos spot starring Oakland Raider running back Josh Jacobs, brands tried to make viewers laugh.

Jeep and Hyundai hit the jackpot on this front, finishing one and two, respectively, in the USA Today Ad Meter. Jeep’s “Groundhog Day” ad for the Gladiator had a star turn from actor Bill Murray, while Hyundai’s “Smaht Pahk” spot for the Sonata was anchored by Boston celebrities such as actor Chris Evans and Boston Red Sox great David Ortiz.

“I think just from an advertiser perspective, there’s a lot of heaviness right now, and I think brands want to stay on the side of the lighter aspects of the conversation,” Ricketts said. “Given the gravity of everything going on around us, whether it’s hearing about coronavirus, or thinking about the election year, there’s just a lot of intensity right now.”

Genesis saw the largest bumps on several sites after running its first Super Bowl spot, which pitched the GV80 crossover and “Young Luxury.” The luxury brand’s first crossover was hyped by the husband-wife duo of singer John Legend and model Chrissy Teigen in a lighthearted commercial.

Genesis traffic also topped the industry on KBB.com with a 920 percent lift. It was the same story on Autotrader, where Genesis traffic rose 410 percent.

“They were really able to capture some significant attention for a brand that is emerging,” Ricketts said. “We honored Genesis last year with our car of the year, and we think it’s a brand that has a lot going for it.”

In measuring traffic for models advertised, the Kia Seltos had KBB.com’s steepest increase with 2,340 percent. The Porsche Taycan saw the largest lift in traffic on Autotrader at 874 percent.

The Seltos also had the biggest traffic lift during the game on Edmunds at 147,969 percent. The Taycan came in second with a 40,830 percent lift, followed by the Audi e-tron’s 24,122 percent increase. On Edmunds, the Jeep Gladiator rose 9,467 percent; the Hyundai Sonata jumped 6,982 percent; and the Genesis GV80 had a 2,258 percent bump.