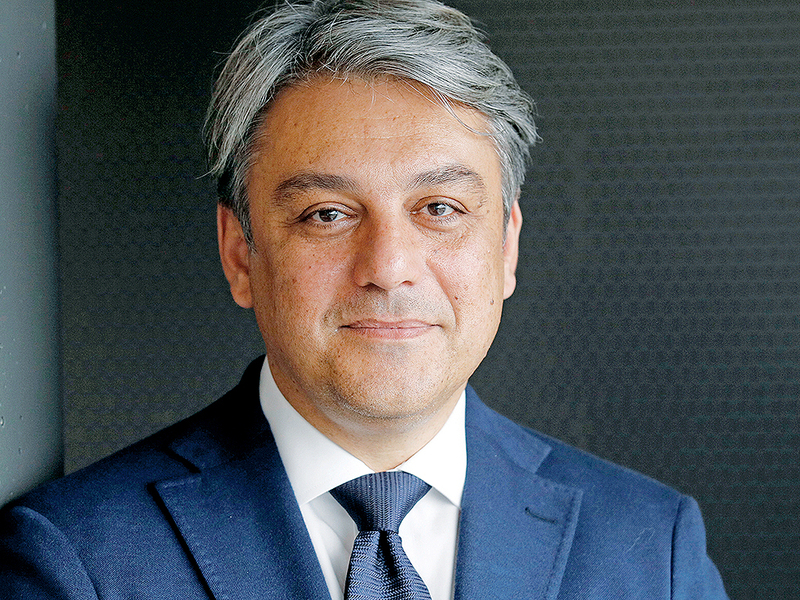 PARIS — Luca de Meo will return to Renault, where his career began, as its new CEO, and the challenges before him will be far more complex than those he faced running Seat, Volkswagen Group’s small mass-market brand. Job No. 1 will be winning the trust of Nissan leadership and managers in the wake of the arrest of Carlos Ghosn in 2018.

After 20 years, the Renault-Nissan alliance still largely remains two separate companies (or three, including Mitsubishi Motors, which joined the alliance in 2017) with relatively few shared platforms. Notably missing is a common electric vehicle architecture, even though Renault and Nissan were among the first automakers to introduce mass-market EVs.

Should the alliance fracture, Renault and Nissan will struggle to compete against big players such as Volkswagen, Toyota and a combined PSA-Fiat Chrysler.

De Meo is credited with revitalizing sales at Seat, giving the Barcelona-based brand a sportier image and accelerating projects already in the works. Seat’s sales grew by 11 percent in 2019, to a total of 574,100, the third consecutive year of double-digit growth.

His portfolio will be much larger at Renault Group, which sold 3.75 million vehicles globally and is active in more than 150 countries. De Meo also lacks significant international experience, having worked only in Europe.

De Meo may be little known in North America, but he held management posts at Europe’s biggest automakers. The 52-year-old executive is fluent in French in addition to his native Italian and English, German and Spanish.

He started his career at Renault in 1992 and has worked at Fiat, where he helped launch the successful retro-styled Fiat 500 minicar. He also worked for Toyota in Europe, giving him experience with a Japanese automaker, which could benefit him in dealing with Nissan.

De Meo later moved to VW Group, where he was among only a few top executives at VW who climbed the ranks without holding a German or Austrian passport. He was Audi’s head of sales and marketing and was appointed Seat CEO in 2015.

At Seat, he attracted younger customers than VW’s other brands, but the Spanish nameplate, like Renault, remains largely dependent on the sluggish European market.

At Renault, De Meo will serve under Chairman Jean-Dominique Senard, brought in in January 2019 from tire maker Michelin, and who has so far emerged as the de facto senior figure in the Renault-Nissan alliance.

Because de Meo had a noncompete clause with VW Group, his appointment was delayed. He is set to start in his new post in July.

De Meo may bring stability to Renault, whose leadership has been unsettled since longtime CEO and chairman Ghosn stepped down after his arrest.

But the challenges are formidable. Cash flow looms as a potential problem. Nissan’s diminishing financial contribution to Renault, which holds a 43 percent stake in the Japanese automaker, could affect its ability to invest in r&d in critical areas such as autonomous vehicles and electrification.

Renault’s recovery might include rebalancing shares in the alliance among Renault, Nissan and the French government, which owns 15 percent of Renault. Nissan also has a 15 percent stake in Renault.

Ghosn’s legal treatment has tested France’s relations with Japan. Those tensions have only increased since his dramatic escape to Lebanon from Japan at the end of December.

Aside from the alliance issues, the Renault brand is losing sales in some key markets, and the launch of the new-generation Clio small hatchback, its best-selling model, has been plagued by delivery difficulties, interim CEO Clotilde Delbos — who will become deputy CEO — told investors in October.

And Renault risks falling behind in EVs, once a market it had nearly to itself in Europe with the Zoe and Nissan Leaf, as mass-market rivals such as Peugeot, Opel and Volkswagen enter the market starting this year.

Renault’s model lineup, which was systematically renewed from 2012 to 2018 under design chief Laurens van den Acker, with great success, is suddenly vulnerable in the midsize sedan and SUV segments, and its once-popular Espace minivan is increasingly out of step with consumer tastes.

Renault’s full-year vehicle sales fell by 3.4 percent to 3.75 million in 2019. The automaker’s sales rose 1.3 percent in Europe but the gain failed to offset drops in other markets, including a 19 percent decline in volume in the company’s Africa, Middle East, India and Pacific region and a 17 percent fall in China.

Financial results will be announced Feb. 14, but third-quarter revenue at Renault fell 1.3 percent and sales fell 4.4 percent, largely on weaker sales to partners — including Nissan.