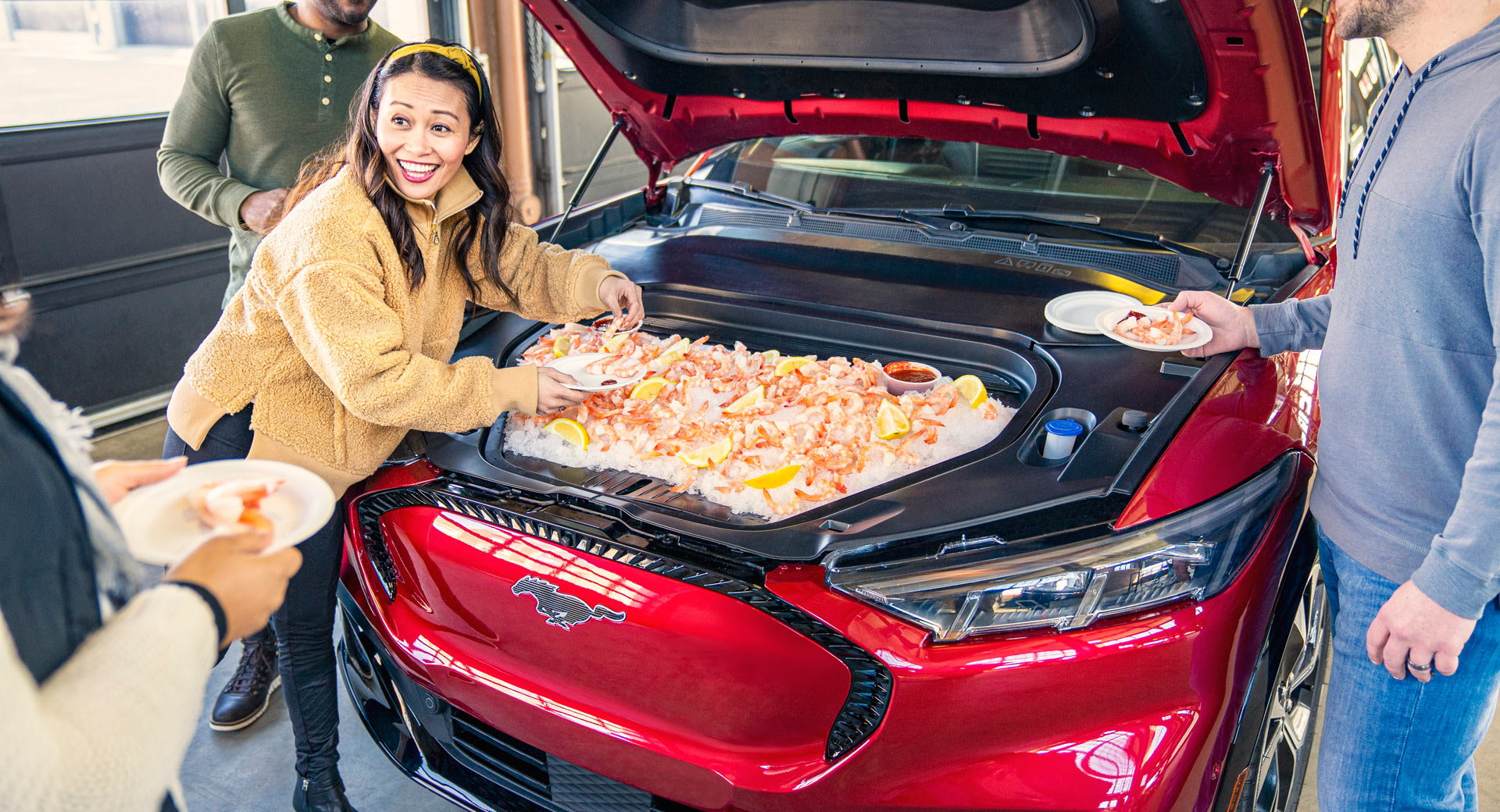 Ford is looking to catch the eye of football fans by promoting the all-new Mustang Mach-E as a superb vehicle of choice for tailgating.

According to the car manufacturer, the frunk of the Mustang Mach-E offers up 4.8 cubic-feet of space and is ideal for tailgating at a football game and can be easily used in unique ways.

Ford’s first tailgating idea for the Mach-E’s frunk involves filling it up with ice and beverages, eliminating the need to bring along a separate cooler. Adding to the versatility of the electric Mustang’s frunk is the fact that there is a drain cap at the bottom that means any liquids can easily drain out.

The second idea promoted by Ford is to fill the frunk with shaved ice allowing vegetables, dips, and even shrimp to be stored. Ford’s third idea, and perhaps our personal favorite, is filling the frunk with hot wings. The carmaker says the frunk is large enough to hold more than 1,000 regular sized wings. Ford also humorously claims the Mach-E’s frunk can be used for a game of long-distance cornhole that would involve throwing a ball into the frunk from as far away as possible.

The company’s decision to go after football fans with the new Mustang Mach-E is certainly unique and shows just how serious it is about ensuring the all-electric crossover appeals to all types of consumers. Perhaps in the future, Ford will try to convince hunters that the Mach-E’s frunk doubles as the perfect place to store guns and bullets…